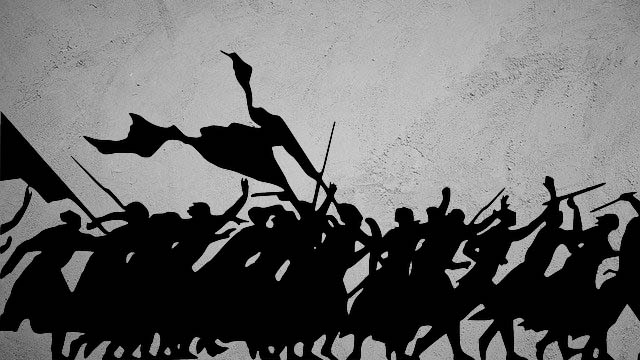 The All India Kisan Sangharsh Coordination Committee (AIKSCC), a farmers’ platform consisting of more than 300 farmer groups, has stirred the nation with its Dilli Chalo protest––a march to Delhi on November 26th and 27th––demanding the repeal of three controversial farm laws passed by Prime Minister Narendra Modi’s government using the brute majority of the ruling Bharatiya Janata Party (BJP) in the Parliament, as well as the Electricity Bill, 2020. The Modi regime and the BJP have unleashed brutal police atrocities targeting the AIKSCC’s Dilli Chalo protest rally to stop the farmers from laying siege of the capital.

Though the AIKSCC applied for permission to culminate the Dilli Chalo protest rally at Jantar Mantar and to allow the protesting farmers an accommodation at the Ramlila Maidan, the Delhi Police and the city government led by the Aam Aadmi Party have jointly denied them permissions, due to the BJP’s pressure. Yet, the farmers, thousands of them, descending from neighbouring Haryana, Punjab, Rajasthan, Uttar Pradesh and Uttarakhand are determined to lay siege of the national capital when the working class is also striking against the Modi regime throughout the country. The joint movement of the workers and farmers of this magnitude is unprecedented in India since years.

For months, the farmers of Haryana, Punjab and Rajasthan, along with other states, have been vehemently opposing the anti-farmer bills, the amendment to the Essential Commodities Act, 1955, and the Electricity Bill, 2020. The strikes in Punjab, including the Rail Roko––obstructing railway movement––caused severe trouble for the BJP, the optics of New Delhi falling to farmers will be a major setback for the Party as well as Modi. Thus, the BJP is resorting to lying and slandering the farmers. The entire propaganda factory of the BJP has been deployed to vilify the farmers’ Dilli Chalo protest rally.

Though the anti-farmer bills were marketed as tools that will end the rule of feudal usurers, they institutionalised the role of the “middleman” in the farm produce procurement system, and allowed inter-state trading, while relaxing the hoarding ceiling. The Modi regime paid back its gratitude to the big corporate donors of the BJP like Mukesh Ambani and Gautam Adani, who are going to profiteer from the reforms in the farm sector. These reforms, especially the amendment to the Essential Commodities Act, also resulted in steep food price inflation and has been increasing the hardship on the poor people, who spend most of their earnings on food.

Consumer Food Price Index jumped 11.07% in October 2020, while retail inflation reached 7.61%––a six-year-high figure––in the same month. Exploiting the opportunity provided by the Modi regime by removing essential food commodities like potato, onion, etc, from the Essentials Commodities Act, 1955, the unscrupulous traders and corporate houses created an artificial shortage in the market and allowed the food prices to rise manifold to increase their profit margins. As the public distribution system is destroyed by the Modi regime by erecting barriers to prevent the people from getting food grains at subsidised rates, the majority of the population have to depend on the open market for food grains and vegetables.

Though the BJP, fearing the political price it may have to pay due to the agitation of farmers, especially due to the success of the Dilli Chalo protest rally, called upon the farmer leaders of Punjab for discussion with the Modi regime, the deliberations remained inconclusive as there was no concrete assurance from the government that the farm laws will be repealed. There were two meetings between the farmer leaders from Punjab and Union Agriculture Minister Narendra Singh Tomar, while Railway Minister Piyush Goyal also joined a meeting, but no settlement could be reached due to the Modi regime’s obstinate position on the farm bills.

Krantikari Kisan Union president Darshan Pal accused the BJP of playing dirty tricks. As the Modi regime called 32 farmer groups for discussion, along with the Punjab government, Pal was quoted by The Hindu saying: “Only 10 out of the 32 are members of AIKSCC and there are differences of opinion on how to respond to the government’s invitation, so it is complicated.” This “divide and rule” policy is also visible when Goyal’s ministry doesn’t run trains, blaming the farmers for the Rail Roko campaigns in Punjab, which they have withdrawn already. Yet, the blame of shortage of essentials is passed on the shoulders of the AIKSCC and other farmer bodies to incite the public opinion against the farmers’ agitation.

Throughout Haryana, the BJP-led government erected barriers and installed water cannons to stop the Dilli Chalo protest rally. The farmers, who are marching with their ration, quilts and blankets, braved the water in chilling winter and breached the barriers, while the Haryana Police failed to contain their vigour. While many farmer organisations have been camping at the border of Haryana, many are taking alternative routes to reach Delhi. The bamboozled and disarrayed condition of the Haryana Police and the BJP shows how the Dilli Chalo protest rally has become a nightmare for the saffron camp and its pro-corporate agenda.

As the workers’ and the farmers’ struggles conjoin at the crucial juncture on November 26th, the anti-fascist movement will experience an advancement, much to the dismay of the BJP and the Modi regime. Certainly, no amount of intimidation, subterfuges like border clashes and Islamophobic vitriol can now stop these nationwide movements against the pro-corporate, neo-liberal policies of the Modi regime. Though many would try hijacking the successful strike action and the Dilli Chalo protest by the farmers for electoral gains, these movements are sowing the seeds for a new harvest in the days to come and will change the approach towards fascism in Indian polity.