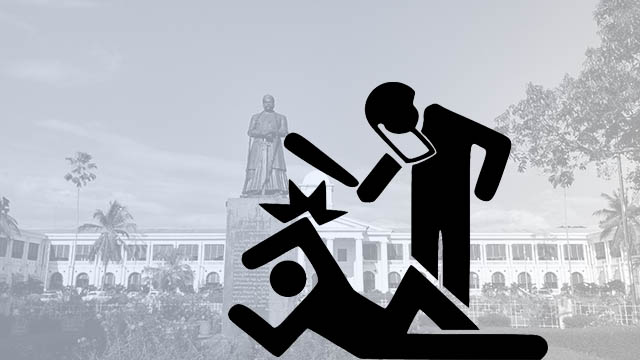 Following the Kolkata Police’s brutal baton charge on left-wing student-youth activists marching to the Nabanna—the state secretariat located in Howrah—demanding jobs for the unemployed on February 11th 2021, which killed a 31-year-old auto-rickshaw driver Maidul Islam Midda, the ailing Left Front led by the Communist Party of India (Marxist) [CPI(M)] raised a ruckus against Chief Minister Mamata Bandopadhyay’s misrule. The CPI(M) and other Left Front constituents even called a 12-hour-long West Bengal strike to protest the Kolkata Police’s attack on the student-youth activists. But a week later, the Kerala Police’s attack on students on Thursday, February 18th 2021, turned the table on the so-called left bloc.

The Kerala Police’s attack on students belonging to the Congress party-affiliated Kerala Student Union (KSU), exposed the social-fascist character of the CPI(M) itself, which is the largest party in the ruling Left Democratic Front (LDF) in Kerala. While the CPI(M) is yelling its lungs out in West Bengal, accusing the Kolkata Police of acting as a vassal of Bandopadhyay’s Trinamool Congress (TMC), in Kerala, its policemen are thrashing the KSU activists, who are demanding that the government employ the state’s Public Service Commission (PSC) rank holders rather than regularising temporary workers in different government bodies and posts.

The Kerala Police’s attack on students also highlighted how the LDF in Kerala has been violating a Supreme Court’s 2006 verdict in the State of Karnataka vs Uma Devi and others case. The apex court has clearly stated that “regular process of recruitment or appointment has to be resorted to, where regular vacancies or posts to be filled up and the filling up of those vacancies can not be done haphazardly or based on patronage of other considerations.” Yet, the students of the KSU, who would’ve been the ally of the CPI(M) in case they were in West Bengal, faced the wrath of the LDF government for simply asking for jobs for the PSC rank holders in all government departments. How does the CPI(M) justify its two-faced Janus to its supporters? Or those to whom it markets itself as a communist party?

The only difference between the Kolkata Police’s brutality and that of its Kerala counterparts is that the latter didn’t murder a young man like Midda in broad daylight. While the TMC regime didn’t show that little mercy, the CPI(M)-led erstwhile Left Front government’s 34-year-long rule in West Bengal saw far gory atrocities being committed. Despite paying lip service to the cause of the working class and the farmers, the CPI(M), during its heydays in West Bengal, didn’t hesitate unleashing macabre atrocities on these classes as well as on the students and youths whenever they demanded rights, employment and equality. The CPI(M) lost West Bengal because of its arrogance and penchant for social-fascism, that made it stand on behalf of corporates against farmers and tribal masses in Singur, Nandigram and Lalgarh.

The Kerala Police’s attack on students has also exposed an irony in which the CPI(M) and the Congress party are intertwined in the complex political equation of India. While in Kerala, the Congress party has been bitterly opposing the LDF and even gets along with its arch-rival, the Hindutva fascist Bharatiya Janata Party (BJP), in West Bengal the duo are allied against the TMC and are stealthily aiding the BJP in its efforts to seize power. The CPI(M) saw a major shift of its votes to the BJP between the 2014 and 2019 Lok Sabha elections due to its passivity and inability to resist the TMC’s terror. Now, while it rules only Kerala, where the Congress party is throwing a serious challenge to its hegemony, the CPI(M) is meekly opposing the BJP in West Bengal to ensure it doesn’t irk its hardcore anti-TMC vote bank.

At a time when the Kolkata Police’s attack on left student-youth activists, which killed Midda and injured many more, has shown how despotic the TMC regime has turned in West Bengal, where it has no moral grounds to counter the BJP’s fascism, the Kerala Police’s attack on students of the KSU shows how the CPI(M), which was routed from West Bengal due to its tyrannical rule and atrocities on the poor for three decades, didn’t learn any lesson and continues with its social-fascist methods.

While the Congress party is the original harbinger of police terror in the post-colonial Indian politics and had been notorious for killing protesters under the garb of protecting law and order in West Bengal and other states, the CPI(M) and other parliamentary left parties’ eagerness to hold its hands show how these forces, from all sides of the mainstream political spectrum, enable each other’s fascism. With such tryst with fascism, neither the Congress party nor the CPI(M) can boast of any anti-fascist credentials. Even though the TMC lacks credibility as an anti-BJP force, neither the Congress party nor the CPI(M) can fill the void due to their utmost opportunism and reactionary character. For both Kerala and West Bengal, the need for a progressive, democratic and anti-fascist alternative, therefore, remains high.