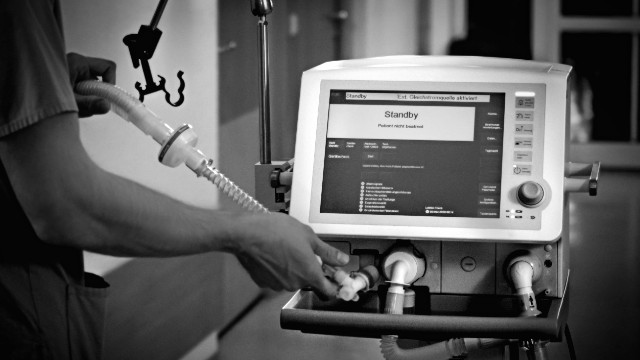 Prime Minister Narendra Modi’s government has revoked the ban on used ventilator import in view of the Coronavirus (COVID-19) pandemic outbreak until September 30th 2020. So far, 488 people have lost their lives and 14,425 people are infected with the COVID-19 virus in India, a country of 1.3 billion people where only 40,000 to 60,000 ventilators exist. As there is an acute shortage of functioning ventilators in the world, following a surge of demand, the Indian government is using the context to allow the used ventilator importing.

Categorised hitherto as electronic waste, the ban on used ventilator importing became news when it was found that a Chennai-based firm Skylark Office Machines, imported a few used ventilators in November 2018. However, the customs confiscated the consignment and levied a heavy penalty on the company. The company appealed against the penalty in a tribunal, which waived it off on a condition that the company will re-export the used ventilators to the US, from where they were imported.

However, as the Modi regime imposed a total ban on the export of ventilators in mid-March 2020, the consignment remained at Chennai. At the same time, Donald Trump also banned the export of new ventilators from the US. Suddenly, in the third week of April 2020, the ban on used ventilator imports was revoked in India. What was considered as hazardous trash, suddenly became much-praised medical equipment!

Modi’s sycophants, including a few doctors, have incessantly argued that the used ventilators, like used cars, can be managed without any issue to treat patients with acute respiratory syndromes. Amid the COVID-19 pandemic, they are trying to use the people’s anxiety to justify their used ventilator import policy, which is, otherwise, considered as a health hazard by the public health experts.

According to scientist Swapan Chatterjee, the used ventilators are disastrous as they can cause immense damage to the lungs of the patients. Speaking to People’s Review, Chatterjee criticised the US’s imperialistic greed behind the decision to export the hazardous used ventilators to India.

A doctor from one of Kolkata’s private hospitals, who didn’t want to be named, said that such ventilators have “less efficacy” and can “crash anytime like a MiG 21 jet”. The doctor also expressed apprehension that the lack of proper sterilisation may infect the patients and worsen their condition.

In a report published by The Telegraph, Dr Manju Mani, a Delhi-based critical-care physician, also expressed her apprehension over the used ventilator import. Mani said that she can’t trust the imported used ventilators, which, according to her, are unreliable for doctors treating critical patients.

At a time, when there is a major shortage of ventilators in the world, especially in the US, where thousands of COVID-19 patients are dying every day due to lack of proper medical care and equipment, who would export used ventilators that are safe and reusable? Top car companies in the US have turn into ventilator manufacturers to ensure a higher supply to the market and to profiteer from distress. Why would the US or, for that matter, any other country export such used ventilators that can be reused on other patients to India then? The US should’ve reused such used ventilators on its own patients rather than dumping them in India.

By allowing used ventilator import, the Modi regime is clearly helping the Indian big comprador capitalists to profiteer at the hour of distress. This revocation of ban on used ventilator import indicates that an unscrupulous lobby has greased the palms of many influential people in the Modi regime and there will be a share of the booty for each stakeholder from the obscure deals with the sellers in the US and other countries.

The Modi regime has proved since the beginning of the pandemic that providing preventive, proactive and universal healthcare to all Indians isn’t its motto. Thus, quite unapologetically, it’s trying to encash the crisis and the people’s agony to earn brokerage through the used ventilator import from the US. None of the audit bodies, vigilance units, information activists or whistleblowers have called out the Modi regime for such a disastrous decision.

This isn’t merely an act of corruption, but a planned genocide of the poor because such used ventilators will be definitely used on the poor and the lower-income groups, while the rich and the middle class will be treated with new ventilators. By revoking the ban on used ventilator import, the Modi regime has further jeopardised the health of the Indian people.