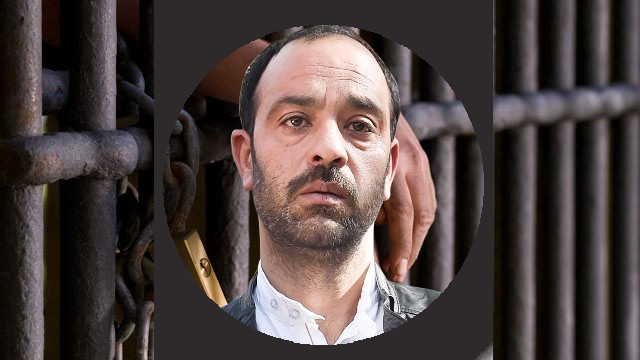 According to the panic-struck old mother of Bilal Kawa, her son is the recent victim of the Indian security agencies, who have framed thousands of Kashmiri men, women and children in fabricated cases of terrorism to grill them and then let them languish all their lives within the four walls of the prisons.

Bilal Kawa is a 34-year-old Kashmiri trader who often travels to New Delhi on business trips and now a joint team of the notorious Special Cell of Delhi police, complicit in notorious crimes of framing young men in fake cases, and the Anti-Terrorism Cell of the Gujarat Police, which directly takes order from the RSS and the BJP to advance their political goals by maligning Muslims, arrested him on charges of aiding the terrorist attack on the Red Fort in 2000. He was 17 years old when the attack took place.

The relatives and family members of Bilal Kawa are taken aback and they are astonished to see the man who had no links whatsoever with Arif, the main accused of the Red Fort attack, getting arrested suddenly and a media-trial, offensive vitriol is organised against him by the Indian ruling classes. What was Bilal Kawa’s fault? Of being a Kashmiri? The very identity that gives the security establishments of the Indian state to persecute anyone!

The vitriol carried by the Modi-lackey crook media outlets that mill police stories as Gospel truth, will be used to shape the opinion of the majority Hindu community, especially the upper-caste urban Hindus so that the BJP government can use these cases to fan Islamophobia in the country. It doesn’t matter to the corporate media running media-trial of Bilal Kawa that the man had no police case registered against him and had been travelling to Delhi numerous times in all these years.

A state where the police and army jointly or separately are allowed to pick up anyone from the streets to either kill, maim or jail them, it’s surprising that despite knowing that Bilal Kawa is one of the prime accused persons of a terror attack and a most wanted man by the Delhi Police, the J&K Police and its intelligence never nailed him in all these 17 years. Even after travelling to Delhi for business multiple times, he never appeared on the radar of the Delhi Police earlier, but now, after 17 years.

It’s an evident fact that the Delhi Police, one of the most Islamophobic, bigot and corrupt forces operating on behalf of the Indian state, always try to solve pending cases of terrorism by charging innocents, who are often picked up due to their religious affiliation, resulting into the incarceration of numerous youth in fake cases. When these men are finally released by the courts, then they already lose their precious years behind the bars. Some, like Afzal Guru, are even sent to gallows to appease the sentiments of the “majority community” by the state.

While his mother and wife cry helplessly, the relatives wander in a disarrayed state and the Jammu and Kashmir police show indifference towards the case, there are very thin chances of Bilal Kawa will be coming out of the police custody soon, as the police-state will try its best to prove his complicity in a crime, which no one would ever believe in Kashmir. The sloth judicial process will make him suffer and even if he is released, neither the state nor the police will tender an apology to him.

Prime Minister Narendra Modi called upon the government and his followers to embrace the Kashmiri people with love from the podium of Red Fort during the Independence Day celebration in 2017, while the forces commanded by his Home Ministry and alma mater, Gujarat government, hounds an innocent Kashmiri citizen, who didn’t even play any role in stone pelting, according to local police report and testimony of the people of his neighbourhood. This hypocrisy is the real characteristics of the Hindutva fascist regime of Modi and the BJP.

This hypocrisy and extreme bigotry of the Modi regime and its security arms manifest their utmost disregard for the human rights of the Kashmiri people, forget resolving the Kashmir issue through a peaceful process. The more repression the Modi regime will be able to laden on the people of Kashmir valley by spilling blood on the streets of Kashmir and by imprisoning its youth, the more sadist orgasmic pleasure the Hindutva fascist regime, the close aide of the Zionist Israeli regime and the US imperialist bloc, will derive.

The politically progressive and democratic forces of Kashmir and Delhi must hit the streets demanding justice for Bilal Kawa and counter, bravely, the vitriol launched by the mainstream corporate media using the police-version of the story. The truth must be held high and shown to the people so that they can understand how the institutions funded by the taxes paid by them, directly and indirectly, are doing shoddy jobs than establishing the rule of law and justice.

Bilal Kawa shouldn’t be allowed to become another victim of state repression and vendetta for his Kashmiri identity. A strong people’s democratic struggle against the Modi regime and its tyranny, led by a united front of patriotic, democratic and progressive forces can only deliver justice to the victims of the Hindutva repression. The unity of the people’s struggle for justice in Kashmir and Delhi must be threaded together against Hindutva fascism to ensure justice for numerous Kashmiri victims languishing in prisons for decades.