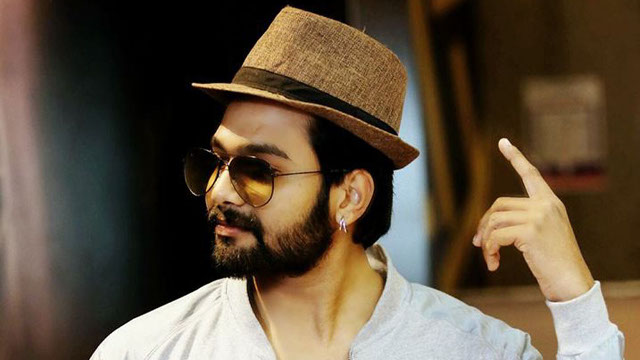 The gruesome murder of a young man named Ankit Saxena by a group of Islamist fanatics in front of several onlookers at the heart of the national capital city New Delhi, shows how nefariously the religious fanaticism has crept into the veins of the society and is working with full force to divide the people and corrupt the nation.

Ankit Saxena was killed because being a Hindu man he dared to love a Muslim girl and the girl was also deeply in love with him. For the parents of the girl, imbibed in sheer patriarchy and fanned by Islamist fanaticism, the woman cannot have or exercise a free will because she is their “property”, and loving an “infidel” is such a crime that the murder of a man is justified before it. This is a gory situation; this demands a very strong rejig unless we want the society to sink deeper into the mire of communal discord and bloodbath.

Soon after they slit the throat of Ankit Saxena, the parents of the girl, her uncle and brother were arrested and booked for murder by the Delhi Police. It’s a laudable thing for the police to do. However, the same police will show extreme reluctance to nab Hindutva culprits when they commit any hate crime and this is well understood. Despite their arrest, the parents and family members of the girl are not at all ashamed or have any sense of guilt. The justification of murder as per religious verses is fuelling their guiltless temper as for them religious morality is superior to the Constitutional morality. This sheer patriarchal, feudal and religious fanaticism-driven constituency is the key source of oxygen for our communal politicians and their coterie.

The media hyped and sensationalised the story of Ankit Saxena and provided a great fodder to the Hindutva fascist camp to harp upon. The Hindutva camp did show the murder as an example of “Islamic Jihad”, however, they also took the side of the killers by condemning the victim for loving someone from the “other” religion.

For the Hindutva fascist camp, Ankit Saxena was a traitor and he got his dues from the people he wanted to embrace. The vitriol against the Muslims found a lot of spin in the pitch wet with the blood of Ankit Saxena. However, by calling out the people to delink the murder of their son from communal discord, the father of Ankit Saxena did lit a new flame of hope in the country darkened by the rise of religious fascism.

What fuelled the anger of the parents of the girl whom Ankit Saxena loved?

While most people who consume the feeds from the mainstream news outlets will answer – the Islamist fanaticism, we need to look beneath the sheen and find out was it merely Islamist fanaticism or there was a blend of something else behind this gruesome killing.

A few days back, Swara Bhaskar, a Bollywood female-actor, wrote an article for The Wire, criticising the reduction of women’s identity to their vagina in the opus magnum of Sanjay Leela Bhansali – Padmaavat. The article showed how in the Indian society, which can now be generally ascribed to the entire Indian subcontinent, the dominant patriarchy and feudalism consider women as a property whose ownership must lie with a man and at every step of her life, men will command the directions to her. She needs to comply. She is reduced to her sexual identity – the identity of a vagina-holder who can reproduce offspring. She is no human, she is deprived of all rights.

As the women are reduced to a commodity, a thing owned by the men, her sexuality and her aspirations are commanded by the men who own her, she is certainly nothing more than a vagina, her existence is centred around her vagina. It becomes a blot for a family’s so-called honour in this utmost feudal and reactionary social order in case the woman in question tries to live the life she wants and loves someone of her choice.

For these reactionary fundamentalists, a woman is impure if her chastity is gone, if she doesn’t remain sexually pure for the man the patriarchy selects to own the vagina. To keep that chastity intact, the men will kill her or a man she loves, as at the end of the day the vagina matters.

Hundreds of women and their lovers are killed in the killing-fields of Haryana, Punjab, Rajasthan and Western Uttar Pradesh for daring to love because in the Indian society hatred is justified, murderers can have chest-thumping supporters, but a lover couple must hide because love is a taboo in this country that glorifies violence.

It’s this reason that lovers have to meet in secret, they aren’t allowed to share their love story with their parents or family members and they have to behave guilty when their affair is public. The women are expected to feel more guilty than a man and are expected to only abide by their parents’ choice. The women are tamed with an iron fist, they are made to believe that they are weak and vulnerable and hence they need a male protector. Still, despite having this shield of the male protection, women are blamed in this country if they become victims of sexual crimes or even for domestic violence.

This degraded state of women leaves the men and their patriarchal set-up with the liberty to do anything with the lives of the women- kill them, rape them, sell them or enslave them for life. The moment a woman tries to live her life in her own ways, transgress the boundaries drawn by the reactionary religious codes, she and the man who loves her can be condemned to death by the men who “owns” the woman and then term this brutal killing as “honour killing”. As honour of the patriarchal Indian men, driven by religious bigotry, lies in the vagina of women.

In such a circumstance, when Ankit Saxena and his girlfriend dared to love each other, carry on an affair to a stage of seriousness, they challenged the patriarchal-feudal core of the reactionary society in which they live in. For the parents of the girl, this was a war against their religion, because a man of a different religion loved their daughter and she too feels the same for him. To them the answer for love is hatred, this is what religious fanaticism has taught them, this is how the patriarchal-feudal setup has raised them.

The intoxication of religious fundamentalism promoted by the nefarious Islamists, made the parents of the girl believe that a crime according to the laws of the land won’t be considered as a crime in the heavenly courts, and due to this notion, they didn’t think twice before killing Ankit Saxena.

The concept of a better afterlife, which will be better than this life drove them with this murderous zeal. They killed Ankit Saxena with utmost impunity to show their love for a religion that, ironically, condemns the killing of one man as the killing of the entire humanity. Their fantasies around a better afterlife made them an easy prey for religious fundamentalism. While these culprits will languish in jail, the people who filled them with hatred and bigotry will remain scot-free.

The hypocrisy of Hindutva Fascism and Islamist Fanaticism

While the Hindutva camp is trumpeting its own propaganda by exploiting the murder of Ankit Saxena, the Islamist fanatic club, which is unorganised in India, is trying to act as an apologist and defend the guilty citing religious compulsions. These forces are complementing each other and they jointly fuel the division of India.

Both Hindutva fascists and Islamist fanatics condemn the concept of inter-religious love and marriage, especially of women of their community. This is driven by their urge to protect the hegemony of religious and casteist morality above the Constitutional morality and also to ensure that the water-tight compartmentalisation of the feudal and patriarchal Indian society remains intact.

Despite trumpeting the murder of Ankit Saxena as “Islamic Jihad”, the Hindutva camp won’t defend the right of women to marry outside their religion as it will mean an end to the vitriol run by using the “love jihad” subterfuge, which enabled them to sweep power in Uttar Pradesh. The BJP’s political fortune depends on its ability to deny the Hindu women their legal right to marry Muslim men, as this would mean the end of the patriarchal ownership of the vagina.

Islamist fanatics who are supporting the murder of Ankit Saxena by the bigot parents of the girl he loved wouldn’t dare to come out and resist the violent aggression of the Hindutva fascists against the Muslim community, they will not defend the Muslim women who are raped, killed and their corpse mutilated by the Hindutva-incensed fascist mobs during state-sponsored pogroms.

These Islamist fanatics will not join the secular democratic forces fighting the Hindutva fascist rule, the very rule that lynches Muslims brutally all over the country. These fanatics will try to discourage the Muslims from choosing a political path to oppose the Hindutva apartheid regime and lock them within the confinement of the concept of spiritual salvation through religious doctrine over which these fundamentalists have absolute control.

During the worst hours of the Muslim community, during these hours of crisis, when the Muslim identity of an individual can justify their brutal lynching, the Islamist fanatics will bake their own political cakes in the hot pan of communalism spread by the Hindutva camp. They will only justify the murder of innocent lovers as a step to protect the religion but won’t show any courage to resist the Hindutva fascists with whom they have their own secret financial deals.

The society that cannot stand love must perish and shatter

A society that cannot stand the love affairs of the youth, a society that values religious morality above Constitutional morality cannot be a democratic or progressive one but a sheer regressive and reactionary one. The parents of the girl whom Ankit Saxena loved, are an inalienable part of this very reactionary, violent and regressive society, where religious validation justifies any sort of atrocities committed against others. They are a stark illustration of what Dr B.R. Ambedkar called the “undemocratic” core of India over which a topping of democracy is added.

For the youth, the killing of Ankit Saxena should be an eye-opener. It should compel them to fight for the right to love and chose one’s own partner and in case they are told by the advocates of the old order that love will cause the society break apart, then let them boldly answer – it better be. Because a society that cannot withstand love affairs have no right to exist.

The world is full of hatred and therefore, to make room for love, a hatred-filled war against the hate mongers and the contractors of the reactionary and regressive society must be waged. It’s only the youth who can do it and it’s their struggle that will prevent many more lovers like Ankit Saxena from falling to the knives of religious fundamentalists, who hates love and loves to hate.