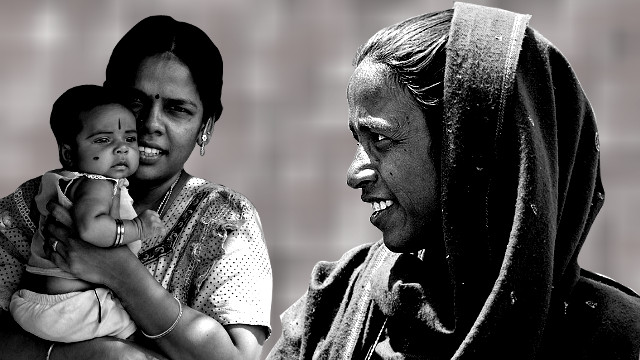 We celebrated International Women’s Day just a few days back with great enthusiasm and talked about the achievements of women in our country. Much was discussed on how we can do more to empower our women, make India a women-friendly country and how we are already progressing towards it. But these are mere rhetoric, mere phrasemongering during an occasion. The truth is that the status of women in modern India is still a sort of paradox. If on one hand, she is at the peak of the ladder of success, on the other hand, time and again consciously or sometimes unwillingly, she has succumbed to other obligations that substitute her career and for reasons more than one.

Though Indian women have proven themselves, they are yet to get their dues. There are many problems, which women in India have to go through daily and gradually; some of them accept it as their fate. The conclusion of few studies carried lately has left me in jittery that the development and empowerment story is just a furore. According to a study conducted by a think tank on “What do Women and Girls Want From Urban Mobility Systems” it was reported that only 9% of the women, out of many who participated in this survey, said that India’s public transport is extremely safe for them. Of the women surveyed, 77% said the last mile connectivity in Indian cities needs improvement. This report clearly indicates that India as a nation is failing to make their women safe even in the 21st century, forget other areas of development.

Now let’s go on to see a few more reports and analyse where do Indian women stand after 70 years of independence. The number of women MPs in Kerala, the state with highest literacy rate, is ironically abysmal. The state has the largest self-help group aimed at ending poverty and is equal drivers of growth in the critical education and health sectors. Yet, when it comes to political representation in the state, women are way behind in the margins. They are nowhere on the top hierarchies of the state’s major political parties, have little or no decision-making power at critical junctures and are mostly handed tickets from constituencies where they have slender chances of winning. In short, their role in the state and national politics has been abysmal and this has been the case since past many years. Does this not give us an impression that despite leading the country for more than a decade (ie Indira Gandhi) women are still not given due recognition in Indian politics?

The 108th Constitution Amendment Bill, 2008, commonly known as the Women’s Reservation Bill, which seeks to reserve one-third of all seats for women in the Lok Sabha and the state legislative assemblies, is still pending in Lok Sabha after being passed in Rajya Sabha in 2010 itself and then we talk about providing equal rights and access to women!

On one hand, we see a woman – Nirmala Sithraman – taking charge of the defence and creating a history of becoming the first full-time woman defence minister of the country and on the other hand, we still dream to see our women in combat roles. Isn’t that the biggest irony? It is true that until now the military is the most male-dominated profession. However, it is also to be noted that several countries, such as the US, New Zealand, Germany and Israel, have already allowed the women of their country to take up the combat roles. Where does India stand? The answer is nowhere near. Recently, Army Chief Gen Bipin Rawat issued a statement that “the Indian Army is not yet ready to have women in combat roles”. His intention may be whatsoever but the reality is that Rawat spoke a bitter truth. He pointed out at our society’s incapability to free women of the patriarchal shackles. It is not the army or Rawat, but our own misogyny (or inability to get rid of it), which is keeping women from getting into combat roles. It is the 21st century and instead of providing our women with an enabling environment, facility and training, we are still debating on what professional is best suited for women and whatnot.

Currently, the #MeToo movement created a stir, gripping the entire country in its wave. It seemed that it would turn out to be the biggest feminist revolution India has ever witnessed but it failed to stick to its purpose and soon lost its credibility. I here do not intend to mean that the idea of #MeToo movement was wrong but the way it was carried out appeared trivial and mendacious to me. In a democracy like ours, nobody should be held guilty because someone accused them. And #MeToo was doing the same thing. The ripple effect of these accusations levelled against a variety of men was having the same effect as propaganda, which operates on the principle that if you repeat something often enough it becomes true.

It was making organisations and people fear women but of course not in the right way. There was a sense created across the country that women are using this as a weapon and it’s better to not employ them or not engage in any kind of conversation with them. This was not only unacceptable but was making a mockery of the #MeToo movement. Crime against women is a very serious subject and it should not be allowed to lose its credibility by making a mockery out of it. The better and equitable way would have been to engage both parties in the discussion and hear all point of views. But the ideal situation would have been that situation of harassment would have not arisen in the first place.

Indian women have come a long way but still, another long way remains to be traversed and so does the Indian society, which needs to give women an environment that bestows upon her fulfilment, freedom to pursue happiness and satisfaction, and a better work-life balance to make right trade-offs and take tough decisions. This entire situation can reverse only if a conducive environment will be provided for all our efforts to turn into accomplishments. Don’t use women as a mere political weapon, work for us and let us excel. Let’s celebrate International Women’s Day only then when we are a country of at most empowered women and it is possible with collective efforts.