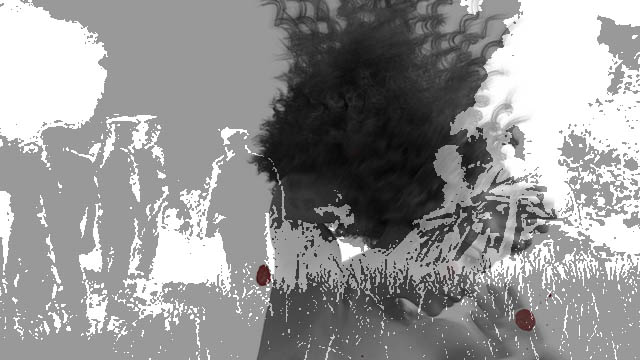 The brutal gangrape and murder of a Dalit teenager girl, Manisha Valmiki, in Uttar Pradesh’s Hathras district by a gang of upper-caste men, exemplifies how the ostracised community is expendable in India’s largest state ruled by a rabble-rouser monk-turned-politician, Yogi Adityanath of the Hindutva fascist Bharatiya Janata Party (BJP). Valmiki was at the field, working with her mother, when she was dragged by the upper-caste Thakur men and gangraped on September 14th.

She succumbed on Tuesday, September 29th, in a New Delhi hospital. Valmiki’s mother described the gory details of her daughter’s ordeal to the press, which has already outraged the conscience of the anti-fascist masses throughout India, but the upper-caste Hindu elites and urban middle-class, the core support base of the BJP, stand firmly behind Adityanath’s regime. Though the Uttar Pradesh Police has arrested four accused, there is constant pressure on the victim’s family, exerted by the local administration, to retreat from seeking justice for her.

The police forcefully burned the body of the victim against the wishes of her family members to remove any scope of a second autopsy. Though the police vehemently denied doing so, its statement, which claims that the victim was never raped, joins the dots. As Bisht is a Thakur––a landowning, upper-caste feudal community––himself, it’s unlikely that his police will shoot and kill the accused by staging an “encounter” in the wee hours, as it killed BJP’s close mafia ally Vikas Dubey and carried out many such fake encounters with sheer impunity since March 2017.

Still, as there are concerns over the incident denting the party’s image before the Dalits who work as pawns against the Muslims, Adityanath may moot an “encounter” to kill the accused, or their lookalikes, and close the case without disclosing many ignominious details. Kailash Vijayvargiya, a BJP stalwart, indicated that a fake encounter may have been planned, yet, it’s not clear whether Adityanath will dare to strike at Thakurs, his own caste, whose majority supports the BJP, to appease the Dalits.

Rather than assuring justice to the victim, Adityanath regime is promising to form a special investigation team, promising Rs 2.5 million compensation and a house to the Hathras gangrape victim’s family. The government’s lacklustre approach and the growing dissent forced the Allahabad High Court to take cognisance of the offence, saying it “shocked” its conscience.

But what about law and order? What about protecting women from perpetrators? Where is Adityanath’s assurance of security to women? Soon after the Hathras gangrape victim succumbed, a similar incident took place in Uttar Pradesh’s Balrampur. A 22-year-old Dalit woman, who was gangraped, succumbed due to “ruptured blood capillaries and died of shock and haemorrhage”, as per her post-mortem report. A minor girl was allegedly raped and murdered in Bhadohi and a minor girl was raped in Azamgarh, all in Uttar Pradesh, while the agitation over Manisha Valmiki’s gangrape and death caught the media’s attention. According to the government’s data of 2019, Uttar Pradesh tops the chart of crime against women in India. Dalit and Muslim women suffer the worst of sexual violence triggered by casteism and communal hatred.

Accused of sharing a stage with a man who called upon the Hindutva-incensed youth to dig out Muslim women’s corpses and rape them, it’s unlikely that Adityanath will do anything to curb the menace. His cult outfit, the Hindu Yuva Vahini, has been using sexual violence against Muslim women to grow its outreach and popularity among upper-caste Hindu men in eastern Uttar Pradesh. The hysteric upper-caste men love such optics, and for them, Uttar Pradesh remains a paradise due to such acts.

As the majority of Indian elites and urban middle-class, who have the utmost control over the media, opinion-making and political discourses, deny the existence of caste violence and consider the accusations as a false alarm by Dalits, Muslims backward classes (OBCs), the sole discourse on the Hathras gangrape has focused on deteriorating law and order situation. The vocal supporters of the BJP and Prime Minister Narendra Modi have maintained an ominous silence on the issue, awaiting an Islamophobic angle on the issue to harp upon. Thus, one may see a vast difference in their approach on the Hathras gangrape vis-à-vis such crimes in the past, like the December 2012 Delhi Gangrape.

One may remember that when the gruesome gangrape and murder of a veterinary surgeon took place in Telangana in November 2019, there was a nationwide outrage, as the victim belonged to an upper-caste Hindu, urban middle-class family. When a few accused were arrested, the highly hysteric upper-caste lobby wanted to spill their blood, without even waiting for a trial to see whether the police story is correct or concocted.

One may also remember the notorious speech of Samajwadi Party’s Rajya Sabha member and former film actress Jaya Bachchan demanding mob lynching of all rape accused in the Parliament, amid a lot of applause from the parliamentarians who strongly believe in mob justice. This exposed the hypocrisy of the Hindutva fascists, who remained mum on several brutal incidents of rape and murder involving Dalit victims, where the accused were from upper-caste Hindu society.

When the Telangana Police, to evade its responsibility of investigating the crime and prove it with evidence in a court, killed the accused in a staged encounter, on December 6th 2019, there was a nationwide celebration of the middle-class and elites. But when it comes to the case of thousands of Dalit women who are gangraped, murdered or maimed for a lifetime by upper-caste men, neither the law shows its proactiveness in hunting down the criminals nor the upper-caste elites and middle-class bay for the blood of the accused. Thus, India continues to experience one rape every 15 minutes.

It’s imperative to see each rape in the context of India’s Brahminical, patriarchal, feudal societal setup. Women are subjected to rape due to their gender, class, caste and even opinion. The Indian state machinery’s patriarchal and Brahminical-feudal outlook protects most of the perpetrators. At times, the state has been complicit in rapes as well, and used it as a political tool against its adversaries, like the Kunan Poshpora gangrape case in Kashmir, the rape and murder of many tribal women in Bastar, etc. In such a scenario, how can thousands of cases like the Hathras gangrape expect justice from the system?

While a few rape accused or convicts, mostly from the underprivileged background, may be killed without a trial or punished by the state to appease the bloodlust of the hysteric upper-caste elites and middle-class in exceptional cases, where an upper-caste victim is involved, most of the rapists who target the Dalits, the Muslims and OBCs, stay out of the law’s clutch forever, continuing their predatory practices unabashedly. This is the fact of India’s Brahminical-feudal society.

Rape is a weapon here for the patriarchal feudalism to subjugate women and the oppressed. Unless feudalism is itself uprooted with caste and patriarchy, and unless a socio-economic transformation isn’t brought through politically empowering and elevating the poor, marginalised and the oppressed, the menace of sexual violence, gorier than the Hathras gangrape, will continue to haunt the collective conscience of the people even in future.