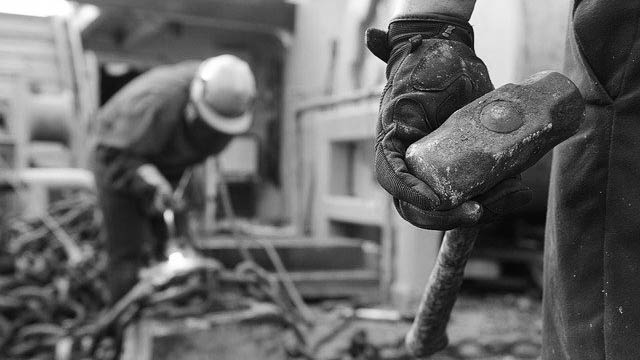 Amid the hullaballoo over Prime Minister Narendra Modi’s regime launching an onslaught on Indian agriculture and food security, the ruling Bharatiya Janata Party (BJP) managed to pass three Bills that complete the codification of 29 labour laws into four codes. The Industrial Relations Code, 2020, the Occupational Safety, Health and Working Conditions Code, 2020, and the Social Security Code, 2020, were passed by the Rajya Sabha––upper-house of the Indian Parliament––on Wednesday, September 23rd. With these three anti-worker labour Bills turning into law, the corporates will have extreme liberty to treat the working class as a disorganised slave army, sans any rights to resist or protest capitalism’s exploitative juggernaut.

Earlier, the Parliament passed the Code on Wages Act in 2019. With these series of codes, the Indian working class has faced one of the harshest attacks since the liberalisation of the Indian economy in 1992. To comply with the diktats of the neo-liberal economy, as prescribed by Washington DC and Brussels, the Modi regime is keen to offer foreign corporate giants not only unbridled access to the Indian market, its public resources and assets, natural resource reserve and land, but also to India’s “cheap” labour force so that maximum profit can be extracted. These three anti-worker labour Bills snatch many rights of the workers and make them vulnerable.

Though labour falls under the Concurrent List of the Constitution, alike its move to override the States’ say in agriculture through the anti-farmer agriculture Bills, the BJP is also imposing these three anti-worker labour Bills unilaterally by violating federalism. The Central Government has been claiming that the existing labour laws––around 100 state laws and 40 central laws––are archaic, complex and don’t conform to the neoliberal economy’s framework. Hence, since ascending to power, Modi has been pushing for a drastic labour sector reform to ensure that the working class is rendered rightless and the corporates are strengthened to exploit labour to the farthest extreme.

Since Modi’s ascension, the corporates have been demanding dilution of all labour laws that safeguard, with minimal provisions, the working class. Different BJP-ruled, Congress-ruled and other opposition-led state governments undertook labour law dilution programmes after the COVID-19 pandemic outbreak. Uttar Pradesh relaxed labour laws for a period of three years and Madhya Pradesh allowed new industries exemption from labour laws. Now, with these three anti-worker labour Bills, it will be a cakewalk for the corporates to do away with the concepts of providing secure employment opportunities and make workers powerless within the organisation.

Among the three anti-worker labour Bills, the Industrial Relations Code, 2020, has the most anti-worker provisions. This Code applies only to establishments which have a collective workforce––workers, employees, including contract workers––of 300 or more. This means most Indian establishments in the organised sector will fall outside its purview. It won’t even apply in the middle, small and micro enterprises where most Indian workers are employed. According to a 2016 report in Livemint, nearly 70% of workplaces in India have a workforce size of 2.24. Around 30% of the workplaces have a workforce of six or more employees, the report cited the findings of the economic census. In the organised sector, 70% have a workforce strength of 100 plus, while not many have a 300 plus workforce size.

As most of the corporate-controlled establishments will fall outside the purview of the Industrial Relations Code, 2020, therefore, it will be easy for the capitalists to lay-off workers or close their establishments without seeking permission from the government. The clause (t) of section 2 of the Industrial Relations Code, 2020, provide leeway to the corporates by redefining “lay-off” to pay half day’s wage to workers during lean seasons or no wages at all when they don’t want. Sections 65 to 68 make lay-off and retrenchment easy for the employers.

The Occupational Safety, Health and Working Conditions Code, 2020 and the Social Security Code, 2020, the rest two of these three anti-worker labour Bills, do not help the workers but the employers.

The Occupational Safety, Health and Working Conditions Code, 2020, will apply to establishments or contractors employing 50 or more contract workers––on any day in the last one year––increasing the threshold from 20 contract workers as specified by the 2019 Bill. This will impact most construction sites forcing construction workers to work in the most dangerous conditions without any safety cover. This Bill also empowers the States to exempt any new establishment from the provisions of the Code to help the corporates during their hour of dire need. This means the corporates can have workers working in hazardous and risky conditions without worrying about their security.

Under the Social Security Code, 2020, the Modi regime allowed the corporates to dangle the social security fund’s bait before the workers, especially the contractual workers, gig workers and platform workers to command their loyalty. However, the government didn’t formulate any strategy to end the reign of the grotesque contract labour system that attacks the concept of job security in the first place. Moreover, at a time when the Modi regime is investing the money in the Employees Provident Fund Organisation in the market to help the corporates’ speculative profiteering spree, it’s unlikely that the working class can gain anything significant from these provisions. Rather, though many will qualify for social securities, the actual return will be quite less than what it should be.

In a nutshell, these three anti-worker labour Bills have intensified the oppression of the Indian working class by rendering them powerless. By immunising the hegemony of bespoke tribunals and appellate authorities, who are bound to serve corporate interests, these labour sector reforms have stopped aggrieved workers or activists from approaching the courts to seek justice. Denying the poor and struggling workers access to the court, will force them to accept the verdict of the tribunals and not get any reprieve under any circumstances. Even though the Indian courts won’t deliver swift justice, or any justice to the poor, except in a few cases, these three anti-worker labour Bills, alike the farm Bills, violate fundamental rights of the working class by denying them access to the court of law.

Though the restrictions imposed by these three anti-worker labour Bills will erect barriers in front of the working class and prevent them from struggling against corporate hegemony, it’s unlikely that the working class, including the unorganised workers, will succumb to the muscle-flexing by the capitalists. Rather, the working class’s movements, in the days to come, will gradually gain strength and pulverize the resistance of the Hindutva fascist Modi regime, which is working as the pawn of big corporate capital. Though the ruling classes will continue their onslaughts on labour rights and force the working class to the margins, the collective struggle and solidarity movements by the working class, from both organised and unorganised sectors, will grow manifold in the future. Such an optic won’t be pleasing for the BJP.