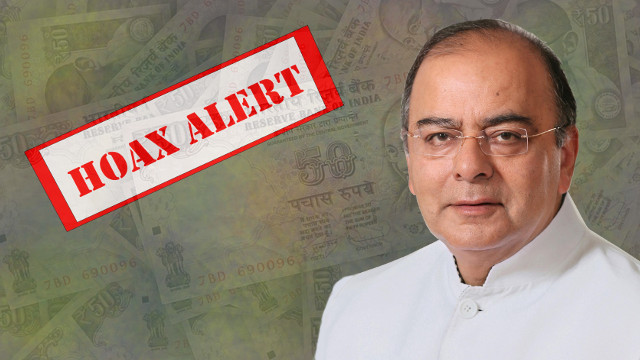 Year after year, budgets are praised and criticised. I find all budgets good, as each budget allocates fund for various schemes/programmes. But when it comes to implementation of these schemes in a timely manner, I see miserable failure all around. While many false promises are made by all political parties, people expected a lot from the BJP and they have definitely failed to deliver. While the govt got a bonanza on the income tax front, Finance Minister Arun Jaitley, who made so much of noise about increasing the minimum threshold of Income Tax from ₹2.40 lakhs to ₹5 lakhs in 2014, could not do so even though the Union Budget 2018-19 was an election-year budget. Any amount of FDI in defence will be a failure. We believe in a ‘Chalta Hai’ attitude and whatever defence equipment we have managed to produce have all been failures. Effective utilisation of allocated funds is more important than its allocation on paper. Surprisingly, there is no published data as to how much of these funds are really reaching the people for whom they are meant.

The enormous challenge to the nation in the form of unemployment is so severe and yet no mission-oriented and strategically planned initiative is undertaken by either the Niti Ayog or the Modi government or the corporate sector on a war footing, why? How is the Modi government planning to create jobs? We Indians love to hoard and the opposite is what will help churn the economy. Where is the two crore job opportunities promised by Narendra Modi?

Now the development, or Vikas, as it’s called, itself descended to sell “pakora”. While the pakoras are getting ready, very large number of government vacancies are being abolished. The middle class did not even get a rise in tax slab or lowering of tax rates when job cuts have risen to alarming levels, already impacting millions of families. Provided the private jobs are in abundance.

India adds about 30,000 employment-seeking youth to its workforce every day, day after day, yet we have no clear focused and well-structured roadmap to solve this problem. “Make in India” will not create enough jobs for Indian workers or engineers as the big corporate houses will setup highly automated factories to make in India without much of design work in India.

Now the promise of 50 per cent higher MSP for the farmers who have been in distress- how all of a sudden at the fag end of their term they realise how they neglected the rural household for last four years? A sheer election gimmick-filled budget before the Lok Sabha elections. If the government impose new taxes to take credit for farmers’ welfare, then it has no meaning. A tax for Krishi Kalyan is already there. Where is the money? Why are farmers committing suicides even when Krishi Kalyan cess is being paid by the people? Hope the Modi government and state governments come up with more viable solutions to obviate the gloomy scenario of farmers’ distress.

A good governance is all about a good management within the limited resources. To alleviate farmers’ distress, the state governments of Madhya Pradesh and Haryana have come with Price efficiency system for Kharif crops and vegetables respectively. Cosmetic loan waiver schemes for farmers is not the solution. The Telangana government’s scheme of working capital support to farmers, to cover all the input expenses, is more promising.

If the fiscal deficit is the reason for not controlling the oil price, then certainly the previous government had raised the oil price with the increase in the international price to minimise the fiscal deficit. Then no one should have raised any question at that time. How much fiscal deficit has been reduced by this government by maintaining such a high oil price, imposing several taxes, imposing several new charges in the banking sectors etc.? After coming to power, BJP showed its real face. It spent more energy in thwarting AAP, a puny party compared to itself instead of uniting the country and improving its economy.

Now the rural focus- the BJP used to criticise the CPI (M) and the Congress Party for their promotion of a subsidy regime and free-of-cost service structure. The Modi government announced a health insurance programme for 500 million people. How the Modi government is going to cover the cost of health insurance cover of ₹500,000 for 100 million households? With a meagre allocation of Rs 2,000 crore for the scheme, where will the rest of the money come from? This is a move towards crafting an American-style health insurance gimmick, which is nothing but a predatory loot of the public exchequer by a vested interest group, especially big insurance companies and private hospitals.

India (and the world) needs a robust public healthcare system. Sadly, we live in times when the public hospitals are first laid waste to, public confidence in them eroded, and then the private sector hospitals, with their gigantic bills, are allowed to exploit the poor and the middle-class and also plunder the tax money.

Taxes on long-term capital gains (LTCG) in stocks are back at 10 per cent, which is sad because people had barely started investing back into stocks in the last decade or so leading to stock market rising to 35,000 levels. With demonetisation and the roll-out of GST,  some parts of the economy may be formalised but it’s a long way to go before we are on par with the developed economies in the formalisation of our economy.

How did China, our neighbour succeed in building a dizzying rate of growth, the middle-class spending and investments created the economic miracle. In India, the middle class have not that much money to spend on items like latest electronic gadgets, smartphones, designer clothes and high tech cars, etc. Here it only goes to build the government and props up the lazy bureaucracy. The middle class is the part of the 4% taxpayers, bear the brunt of the taxation.

So to create a very well to do and relatively wealthy and egalitarian country, it needs a restructuring of the economy. If the goal is to contribute to nation building, then the government must reform the present tax system and lower the burden of direct and indirect taxes on the poor and the middle-class and raise money through the imposition of inheritance tax, and other taxes targeting the rich and the affluent sections of the society.

India never had a good leader since its independence. All of them, including Narendra Modi, has proved to be the facilitators of crony capitalism. If someone is a Modi bhakt and chants the Modi mantra 24/7, they will be definitely rewarded. Modi has mastered the art of quashing any opposition by equating an anti-government sentiment with anti-national one. People became “traitors” just because they questioned his policies and or their poor implementation. Indian have seen how sycophants of Narendra Modi like Anupam Kher has been awarded Padma Shri and then appointed as the Chairperson of the FTII. Chetan Chauhan (former cricketer) has been appointed as the Director of National Institute of Fashion Technology, Sambit Patra, a doctor by profession, has been appointed as the Director of the ONGC only because of their loyalty to Narendra Modi and his government and for defending its wrong policies.

How can an Indian call such a crook and corrupt government honest and fair? Can we find a single Director/Vice Chancellor in the centrally funded institutions/universities who is not a member of the RSS, or affiliated with the Hindutva camp at this moment? That day is not far away when the Heads and Deans of each and every institute/university will be appointed with the recommendation of the RSS only. To thwart the coming of such a day and to stall the country’s march to economic doom under Modi, each and every Indian must stand up today.