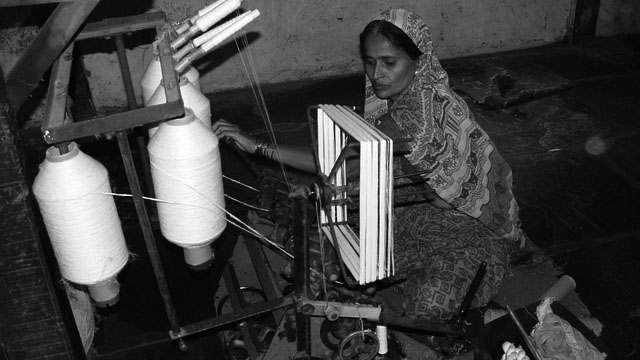 While announcing the so-called “fiscal stimulus package” worth Rs 20 trillion, which Prime Minister Narendra Modi promised for COVID-19 relief and to realise his vision of a “self-reliant India”, Finance Minister Nirmala Sitharaman emphasised a lot on the middle, small and micro enterprises (MSMEs). During the first tranche of her announcements, Sitharaman spoke in length about several proposals for the crisis-ridden MSME sector. But what she offered was no “fiscal stimulus”, as promised by the prime minister, but a loan package for the MSME sector.

According to the Ministry of MSME’s “Annual Report 2018-19”[PDF], 63.38m MSMEs employ 111m people. According to the Reserve Bank of India’s “Report of the Expert Committee on Micro, Small and Medium Enterprises”, published on June 25th 2019, this sector contributes about 45% to manufacturing output, more than 40% of exports and over 28% of the GDP. But what did Sitharaman offer such a crucial sector? How did her first tranche help the MSMEs?

Well, Sitharaman said she is changing the criteria of the MSMEs, by increasing the upper limit of capital investment and turnover. This wasn’t done to help the existing MSMEs, which are already in crisis and can’t increase their investments or expect higher turnover due to the COVID-19 lockdown and the subsequent demand crisis. Rather, this move helped a large number of shell companies of the big corporate houses to disguise as MSMEs to have a share of the benefits.

Sitharaman also said she will provide a collateral-free credit of Rs 3 trillion to the sector so that the businesses can pay the wages to their workers during the lockdown and also return to business. But, at a time when demand is at the nadir, when the migrant workers are fleeing from the cities to their native villages fearing an imminent starvation death, who will be taking loans to expand their business? Why would the MSMEs go for loans to pay wages to their employees when clouds of uncertainty loom large on them?

Moreover, this Rs 3 trillion loan package for the MSME sector sounds like a cruel joke, cracked by a sadist deriving pleasure from someone’s agony. The MSME Minister Nitin Gadkari, a cabinet colleague of Sitharaman, told the press that the central government, the state governments and the corporate houses jointly owe to the MSMEs Rs 5 trillion. Out of which, according to The Indian Express, half of the amount is to be cleared by the centre. Thus, if Sitharaman would have shown a little concern and, rather than announcing a credit-infusion package, hastened the payment of the dues to the sector, it’d have greatly helped the MSMEs to pay the due wages to their workers and thereby generate some demand to take the economy back to the tatters – albeit better than now – it was in the pre-COVID-19 phase.

This MSME fiasco is merely one of the several instances of the Modi regime’s hostility towards the downtrodden sections of the society. Despite being a pro-capitalist government, the Modi regime doesn’t represent the enterprises that are in the MSME category. For the corporate houses, especially those big global corporations that deal with mining, exploration, nuclear technology, aviation, farming and food development, the Modi regime has liberally widened the door. All sectors are opened to the private players, the public sector is diluted, their assets – built over the years using the people’s money – will be sold to private entities close to Modi at throwaway prices. But the finance minister has only a loan package for the MSME sector. That’s all she can offer.

If there was a real fiscal stimulus worth Rs 3 trillion for the MSME sector along with repayment of all government dues, amounting to Rs 5 trillion, then not only could this sector rejuvenate itself but also bring forth a tectonic shift in the general mood of the economy. Employment would’ve been generated again, and people may have got a ray of hope amid the gloom created by the COVID-19-driven unemployment and economic crisis. Rather than a loan package for the MSME sector, if a real fiscal stimulus was given, we could’ve seen 33m workers, mostly those walking back to their villages, would’ve returned to work and restarted sending money to their families in the villages. The payment of wages to those who can’t work due to lockdown restrictions by their MSME employers would’ve eased the pain caused by the Modi regime’s apathy towards the poor.

No, Ms Sitharaman, no. A loan package for the MSME sector isn’t going to help at all, and no one needs to earn an advanced degree in economics from a reputed university like yourself, to understand this basic “A, B, C” of microeconomics. The demand is at the nadir and you can’t force enterprises to start operating when it will be a loss-making initiative for them. If there was little honesty in your intention, then it wouldn’t have been a mere loan package for the MSME sector, rather a fool-proof fiscal stimulus package to ensure that the workers at the last mile get the money and they don’t lose their employment. It wouldn’t have done wonders but would’ve at least helped them survive and also return the Indian economy to the pre-COVID-19 phase when the crisis was little tolerable than the present. Alas! you prefer forgetting economics to ensure that your corporate donors never feel disappointed. Let the MSMEs perish.