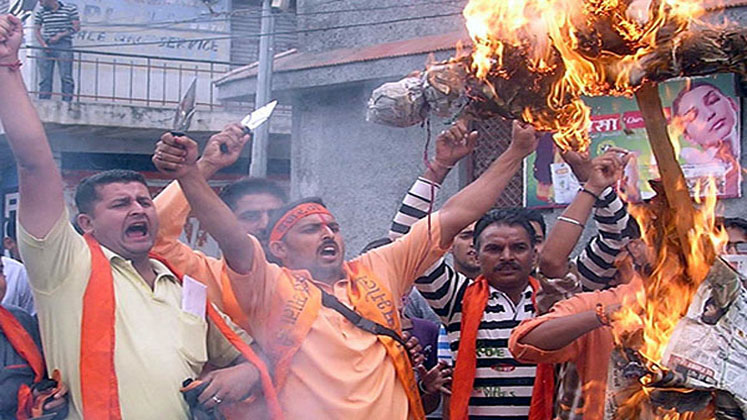 With too much fanfare the RSS – BJP government will celebrate one year in office and the multi-national corporations and the media controlled by them will try to eulogise their new messiah Modi, and tone down any criticism under the guise of promoting “optimism”. On the other hand, the people of the country will observe a year of Modified India, and Modified policies starting with Modi government’s naked appeasement of foreign monopoly capital, utmost disregard for the workers and peasants and following an unapologetic course with economic liberalisation and foreign investment worship.

Tall promises were made during the general elections of 2014 by Modi and his multi-million dollar campaign promoters, those promises of “better days” along with extreme communal polarisation of the voters brought them little over 31% of the total polls (little over 16 crores) and gave the RSS – BJP clique the keys to the power centre of India.

The Congress government headed by Manmohan – Sonia was deeply mired in political bankruptcy and utmost corruption and it was not possible for the ruling classes of India, the foreign monopoly capital, Indian corporates and feudal landlords to hoodwink the people for a long time. They were collapsing every day and the ruling classes required a Man Friday who could look after and advance their causes and at the same time use a charismatic image to fool the masses, and Modi fitted in the shoes quite well. Then came his election campaigns, which were later dubbed as mere phrase-mongering by Modi’s close aide Amit Shah.

The one year of Modi rule literally modified Indian foreign policy and the economic policy with an extreme right-wing swing, the leftover tasks of the Congress regime were swiftly taken forward by the Modi regime with the blessings of the RSS and other Sangh outfits which pressed their fascist forces on the streets to fan communal tensions whenever they feared people turning against the Modified policies of the government. This led to the infamous hate speech by Sangh stalwarts, the forced conversion of religious minorities, attacks and vandalisation of the religious places of minorities, the ban on cow slaughter in Maharashtra, etc to divert mass attention from the core issues of the day to communal gimmicks.

The domestic policy of the Modi government had been to cut drastically the allocations for the minimal social security programmes, stop the development of rural infrastructure, maintain status quo in inflation control management by allowing the future trading of food commodity to flourish and enrich the parties engaged in it. Also, the continuance of the Congress regimes repression on the tribal masses of central and eastern parts of the country, to evict them from the forest lands, rich with mineral resources, is continuing without any break. All democratic and progressive opposition is dubbed as ‘anti-national’ by the Sangh family and organisations that are genuinely highlighting the plight of the poor are targetted nationwide through a political witch-hunting campaign.

Modi government has adopted a foreign policy which will isolate India from all nationalist and anti-imperialist forces of Asia-Africa and Latin America and will tie up with forces like Zionist Israel and other such fascist states. The Modi-fied foreign policy aims at turning India into a neo-colony of foreign monopoly capital, especially American finance capital and ensure that apart from raw material production and end market Indian soil can also be used for manufacturing industry which will give the foreign investors options to exploit Indian cheap labour to the extreme. Thus came the labour law reforms, the hike of FDI in insurance and other industries and the draconian land acquisition act.

One year of Modified India had been a year of extreme communal fascist rule on the people of India and also pose challenge to the democratic and progressive forces of the country, especially those who belong to the left wing to counter and resist the attempts of the government of neo-colonising and mortgaging the nation to the US monopoly capital and its lackeys. Unless immediate steps are taken to awaken, unite, organise and lead the masses against the nefarious policies of the Modi regime nothing else can protect the people, the broad masses of workers and peasants from the menace of a fascist onslaught.