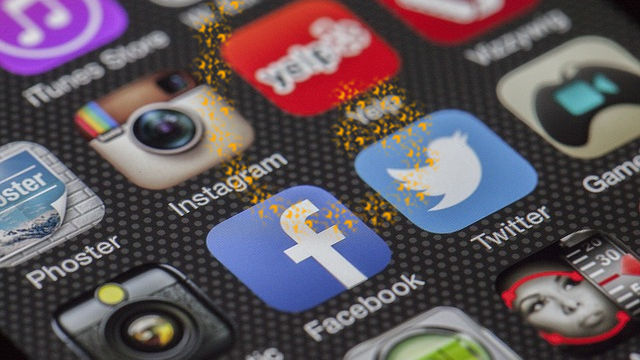 The Christmas gift from the Modi regime is here for all dissenters- any content on social media that the government will deem ‘unlawful’ shall be removed from online platforms and end-to-end encryption of data shall be ended to allow the government snoop into the origin of any content. If you’re thinking this proposed step will contain the spread of vitriolic bush telegraphs that result into lynching of hapless Muslims or communal pogroms, then lo and behold, the Modi government won’t crack the whip on the Sanghi brigade, it’s the engine that will win it votes by polarising the majority community, rather the whip will be cracked on those who are expressing their views against the government or using facts to expose Hindutva fascist conspiracies.

This move to censor content on social media platforms like Facebook, Twitter, WhatsApp, etc., comes at a time when the government has already issued a directive granting rights to 10 intelligence and security agencies to forcefully access data stored in any computer in the country, which drew flak from the opposition as a measure aimed towards establishing an Orwellian state. This isn’t a coincidence, rather looks like a very careful manoeuvre to checkmate the opposition, especially the critical, democratic and progressive alternative forces of the left, from having a say on the digital space before the 2019 general election.

It must be remembered that though Narendra Modi tries to rake up massive support from the grassroots in favour of his programmes that are cunningly packaged as pro-poor but are pro-corporate in nature, it’s the support of the upper-caste elites, urban middle-class and white collar workers across industries that the regime draws its legitimacy from. To capture the imagination of this politically volatile, yet highly casteist and prejudiced section, it becomes imperative for the Modi regime and the Hindutva camp to promote such content that intensifies xenophobia, builds up the narrative of a vulnerable ‘motherland’, and hypes the ‘Hindu’ version of ‘nationalism’, by using online platforms, especially social media. The presence of a counter-narrative that thrusts the rapier inside the Hindutva propaganda becomes lethal for the existence of the halo of the Modi regime and the RSS’ agenda.

As the utter indifference of the Modi regime towards the poor, the pro-corporate policies adopted by the regime and the growing wealth gap is causing severe poll debacles for the BJP, as seen in the recent assembly elections, the government is keen to alter the equation of middle-class’ negative perception, however little it’s, about the government to ensure total allegiance from this core vote bank. The resurgence of a vibrant opposition on social media and at the grassroots, as exhibited by the massive rebuttal of the Modi regime’s propaganda and trolling by a large-section of opponents on the internet space, which was earlier called the fortress of the RSS’ troll brigade, caused palpation within the regime and with electoral dubbing in several states, the BJP wants to take no further risk.

Throughout its tenure, Narendra Modi’s regime built an online ecosystem where all social media and communication platforms are used by the paid footsoldiers of the Hindutva fascist camp to spread communal vitriol using fake news, morphed photos and videos. Wrong history and analysis are peddled as authentic through a robust WhatsApp university, which later translates into Gospel truth for many upper-caste, privileged Hindus.

Whenever any constructive attempt at smashing such myths takes place, it’s attacked with virulence by a feral digital mob of Hindutva-incensed (or employed) trolls. There have been several complaints raised by sane voices against such bullying, trolling and threats, especially of sexual violence against women opponents and critics of the government, however, no social media platform dared to take any concrete step against the promoters of online hatred, violent threats and bullying who are loyal to the Modi government.

It was unprecedented to find even the prime minister following trolls and hate mongers, even after repeated complaints against them. People calling for the genocide of Muslims are awarded continuously. At the same time, when these social media platforms refused to take any action against the hate mongers, riot instigators and trolls belonging to the saffron camp, they categorically shared user information about online dissenters and opponents of the government with authorities, jeopardising civil liberty of many and also blocked, censored and controlled the content shared by majority of those who oppose the Modi regime by inventing newer censorship clauses. Censorship on Kashmir-related content has even drawn the ire of the UN, as expressed by its representative’s letter to social media platform Twitter.

Social media giants are already collaborating with Narendra Modi, after being lured with greater revenue from India as part of BJP’s Digital India campaign, which is a large-scale data collection programme through various online mechanisms that can be later sold to big corporations to market products and services to people by profiling them. It’s unlikely that any of these social media giants will oppose the Indian government’s censorship as they would oppose the censorship imposed by any government that doesn’t promise them huge profit from their markets. Thus, at the end of the road, it’s the dissenters, the opponents of the government who would be at the receiving end of these series of draconian measures proposed by the BJP to curb dissent before the 2019 general election.

Fighting against internet censorship and gagging of dissenting voice can’t happen successfully unless those fighting for the freedom of speech and expression also join the struggle by the majority of the people, the working class, the peasantry and the toiled masses against the Hindutva fascist rule of Narendra Modi and its pro-corporate and anti-poor policies, rooted deep inside the neo-liberal economic system. Only an iron-strong unity between those who are critically exposing the Modi government and its lies, and the broad masses of workers, peasants and toiled people can form a real iron bastion against Hindutva fascism and its corporate sponsors, which will eventually uproot the tyrannical rule of the Hindutva fascists and establish people’s democracy, socialism and secularism to free the people from all forms of exploitation and religious barriers.