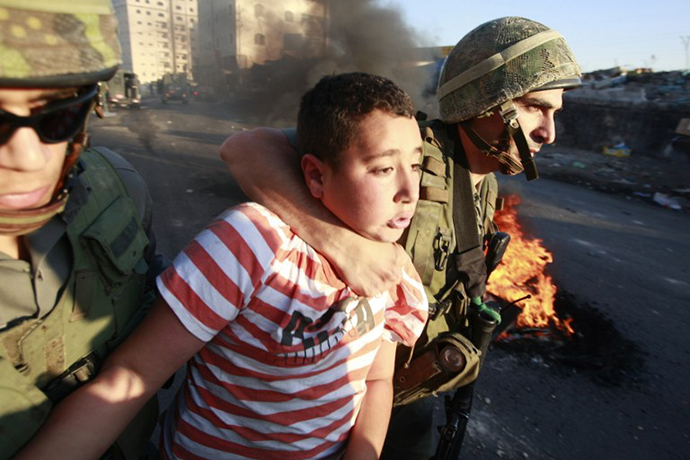 Proving once again the popular perception correct, that the United Nations has turned into a docile tool of the American mission of establishing global hegemony, UN Chief Ban Ki-moon recently obstructed the addition of Israel to the list of nations accused in killing children.

Officials said the UN special envoy for children in armed conflict, Leila Zerrougui, had recommended that both Israel and Hamas be placed on the list of parties that recruit, use, kill, maim or commit acts of sexual violence against children. But the pressure from the pro US and pro Israeli lobby made it impossible to list the name of both in the report. The Israeli ambassador to the United Nations expressed his happiness in not including the Zionist state in the list made by the United Nations, and utilised the situation to spit venom against any form of resistance movement that attempts to counter the nefarious designs of the Israeli aggressors on the Palestinian soil.

Taking a middle course, Ban called into question parties to conflict that say targeting children was never a policy or practice “but merely the unintended consequence of military action”.

The UN chief said, “I would like to put all parties to conflict on notice that those that engage in military action that results in numerous grave violations against children will, regardless of intent, find themselves under continued scrutiny by the United Nations, including in future reports relating to children and armed conflict.”

In the past too the US pressure has objected the passage of any resolution in the United Nations that was drafted to condemn the heinous crimes against humanity committed by the Israeli state. The Zionist state also reciprocated in the past by extending its support to the US aggression against the Middle East Asian countries.