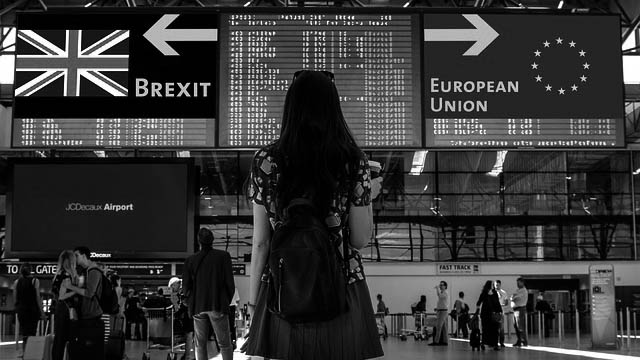 British Prime Minister Boris Johnson has declared that he has got a new Brexit deal with the European Commission’s President Jean-Claude Juncker. The British press has started a hullaballoo over the new deal, which Johnson will table on Saturday. The Conservative government would’ve faced an ignominy if it couldn’t settle on a deal. Juncker has helped to push the deal by promoting the fear that another extension may not materialise. The British people had voted in a Brexit referendum to leave the European Union (EU) in 2016.

Amidst this cacophony over the deal, one thing that everyone has more or less noticed is that Johnson’s deal is actually not a new deal but his predecessor Theresa May’s deal in a new avatar. Unlike May’s deal, which was tabled in 2018 and rejected, the present deal refuses to go back to hard borders between the Republic of Ireland and British-occupied Northern Ireland. Under the new deal, though Northern Ireland will be an inalienable part of the British customs territory, it will also remain a part of the EU’s customs union.

The question of Northern Ireland has irked the Conservative party’s crucial ally, the Democratic Unionist Party (DUP). If Johnson has to table the new Brexit deal on Saturday, then he needs the support of the DUP. However, unhappy over the deal, the DUP accused No 10 of driving “a coach and horses through the professed sanctity of the Belfast agreement”.

“It is our view that these arrangements would not be in Northern Ireland’s long-term interests,” the DUP’s statement said. “Saturday’s vote in parliament on the proposals will only be the start of a long process to get any withdrawal agreement bill through the House of Commons.”

In case the DUP remains rigid on its position and Johnson’s manoeuvres fail to woo them, then it will provide an opportunity to Labour leader Jeremy Corbyn to ring the death knell of the refurbished deal in the parliament. The Labour is contemplating pushing an amendment with the deal in the House calling for a referendum on it. Though, publicly, Corbyn has categorically refused to support the deal under any circumstances.

Speaking to Sky News, Corbyn said: “From what we’ve read of this deal, it doesn’t meet our demands or expectations, it creates a border down the Irish sea and it leads once again to a race to the bottom in rights and protections for British citizens and a danger of the sell-off of our national assets to American companies.”

Apart from the DUP, it’s essential for Johnson to seek the support of the majority of Labour MPs in the parliament, along with those 21 former Conservative MPs who had their whip removed last month. It’s important to see how he could get them back on his side on Saturday.

For the EU, there is no going back on what Junckers has provided as it will then mean a no-deal Brexit. Johnson is wary of a no-deal Brexit and he has to resolve the impasse within 31 October, when the deadline of a Brexit deal will get over. If he fails to take out the UK from the EU with a deal that’s acceptable to all, then he may have to leave No 10 and another interim government will be formed. This will change the British prime minister for the third time in the last three and a half years.

Johnson wouldn’t dare that in such a crucial juncture. His only attempt is now to show his deal as a better one vis-a-vis that of May’s and magnify the differences to assert its unique placement. Yet the problem of getting an absolute majority in the House to pass the bill without amendments is quite imperative for Johnson and it’s to be seen if his rickety wagon is able to dodge the volley-fire of the Labour and others who would like to see an end to his deal and his exit from Downing Street.

Whatever may be the outcome on Saturday, it’s evident that the EU imperialism will do everything possible to keep Britain entangled in a deal that will benefit the EU more than Britain and the majority of British monopoly-finance capital-owned corporations want exactly the same. For the British working class, it’s imperative to have a no-deal Brexit so that the burden of the EU’s corpse doesn’t stay laden on them for long. With the defeat or victory of Johnson’s deal, the Brexit future will be clear on 19 October.