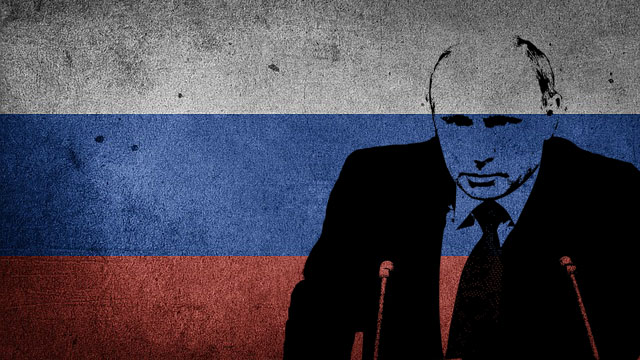 When Russian President Vladimir Putin announced a special military operation against the former Soviet republic of Ukraine, it stirred a hornet’s nest in Europe. The US and the western bloc, especially members of the North Atlantic Treaty Organization (NATO), accused Putin of violating the status quo in Europe and ending its peaceful state, which, according to the western powers, existed since the end of the second world war. However, this allegation against Russia falls on its face as the West’s claim of a peaceful Europe from 1945 onwards isn’t merely exaggerated, it’s a blatant lie and conceals inconvenient facts.

Let’s examine a few pieces of facts and some data to draw an objective conclusion regarding the claim of a peaceful Europe made by the West, especially by the NATO members.

Following the death of former Yugoslavian leader Josip Broz aka Tito, the former federal republic of Yugoslavia collapsed and only Serbia and Montenegro remained under the republic. At that time, Kosovo’s violent attempt to secede from the republic led to a series of bloodbaths in the region. The US-led NATO bombed Yugoslavia, including Belgrade, from March 24th to June 10th 1999, to oust Slobodan Milošević, the former president of the erstwhile Yugoslavia. The bombing of Yugoslavia was one of the most macabre war crimes committed against a European country and its people since the end of the second world war.

The Yugoslav wars, between different breakaways of the former republic, were used by the US and its European allies to balkanise the territory and install puppet regimes, through genocides and forceful eviction of ethnic populations from different territories only with the goal to establish the rule of neo-liberal capital. Thousands were killed, genocides were committed by the CIA-funded organisations attempting to usurp power in the breakaway Yugoslavian republics and gross human rights violations took place under the leadership of the neo-Nazi organisations, like the Kosovo Liberation Army (KLA), which worked as a pawn of the US in the Serbian territory.

When the Ukrainian neo-Nazis, backed by the CIA, ousted former president Viktor Yanukovych through their “Maidan Revolution” in February 2014, Ukraine slipped into a realm of a civil war. The Ukrainian neo-Nazis, bolstered by the unapologetic support from the European Union (EU), NATO and the CIA, managed to launch some of the macabre atrocities against the minority ethnic Russian community in the eastern region of Donbass and in Crimea. The massacre of communists, trade unionists and Russians by the neo-Nazis sparked the people’s struggle against the Ukrainian fascist state to realise their right to self-determination. From Crimea to Donbass, there was a fire.

So far, until Putin launched his special military operation in Ukraine on February 24th, Russian independent media’s reports show that over 12,000 people, including women and children, were killed in the Donbass region in a state-sponsored genocide carried out by the Ukrainian neo-Nazis. The western media, which earlier had exposed the neo-Nazis and their brutality, have been whitewashing them as resistant fighters since Russia started its military operations in Ukraine. The western mainstream media has been consciously obliterating the news of the genocides committed by the Ukrainian neo-Nazis, especially the infamous Azov Battalion, in the Donbass region since the 2014 fiasco.

While the European countries and their mainstream media have expressed their shock over Russia starting a “war in Europe”, which is “civilised” and has “white, Christian people”, as per some television anchors, they have covered up how European people have been experiencing violence repeatedly after a criminal conspiracy hatched by Boris Yeltsin, along with other American puppets, splintered the former Soviet Union into pieces. Former Soviet republics like Armenia, Azerbaijan and Georgia have also experienced incessant violence over territorial claims. Russia even fought a series of wars with the terrorists in Chechenia. Europe’s denial of this violence is sheer hypocrisy.

What about military spending?

Even if we consider the EU’s claim that there was no war and relative peace prevailed in the “civilised” “white, Christian” Europe, then some disturbing questions arise. If Europe was in peace and the continent was a haven of peace and prosperity, then why did the major economies of the continent spend millions of dollars each year on military expenses? If we see the data below, we will see that the European countries, which haven’t been in any war for years, have also spent millions of dollars on their military forces in 2020, when the continent suffered due to COVID-19.

What can be the reason behind a country like Sweden spending $6.23bn in a pandemic year on its military, $394m more than what it had spent in 2019? Why did Switzerland spend $5.43bn on military expenses in 2020, $314m more than its 2019 allocation? Why did Britain spend $58.49bn on defence, when its National Health Service crumbled due to lack of funds? Countries like France, Germany and Italy collectively spent $1.32 trillion on their defence in the so-called peaceful epoch. What’s the reason behind these countries frantically spending money on their military amid the pandemic even during a peaceful period?

Even a country like The Netherlands, which has not been in any conflict for decades, allocated $12.21bn for its military, ie, 1.42% of its GDP. What’s the fear that is forcing them to spend so much money on defence when the COVID-19 pandemic exposed how the lack of a strong public health service can cripple them? Italy, which had spent $28.37bn on defence, appeared completely disarrayed when it experienced mass deaths due to the pandemic outbreak in the first few weeks of March 2020. Why are these countries increasing their defence budgets and arming themselves? Did they expect a war?

Nukes, submarines and the American vault

Even though the western press has been acknowledging since 1992 that the Cold War is a matter of the past and there is no threat for them from Moscow, the European powers, including the EU, have been working in collaboration with the US, to turn the continent into a nuclear missile vault for the Pentagon and house most of the American intercontinental ballistic missiles and other weapon systems, compromising their sovereignty. The US, unlike the Europeans, didn’t allow the latter to use its land to station troops or install missile systems. Then why have been the European powers appeasing Washington DC?

Let’s examine Europe’s billion-dollar-worth nuclear weapon systems and vaults. During the Cold War, Britain first had the Royal Air Force’s V-bomber nuclear strike fleet, which was rendered obsolete during the mid-1960s. Then the Polaris programme was adopted in 1968, which was decommissioned in 1996. The Trident nuclear system, which is managed by the Royal Navy’s submarine fleet stationed in Scotland, was commissioned in the 1980s and is at present the main nuclear strike programme, which is managed by the Vanguard-class submarines made by Britain but armed with American nuclear missiles. The British submarines are armed with American nukes!

A country like Germany, which has refrained from building a nuclear arsenal of its own and strictly opposes nuclear proliferation, has been housing nearly 20 US B-61 nuclear gravity bombs at its Büchel air base. Germany also has an ageing Tornado fighter fleet that is meant to deliver these bombs. Whom does Germany want to bomb following the US’s command? Why is Germany compelled to house these nuclear weapons when it’s not a nuclear power itself? Why is the US using Germany as a nuclear pawn in Europe and against whom? Why does Europe agree to remain an American lackey?

Since the September 11th 2001 attack on the US by a group of Saudi Arabian terrorists, the world has experienced several military developments. Under the guise of combatting “terrorism”, the US had ravaged Afghanistan for over two decades before losing the battle to the Taliban. The US, along with the UK, also destroyed Iraq in 2003. Along with the US and the UK, France also joined the bandwagon of “regime change” in Libya. In Syria, the US and its European lackeys, including the UK, threw their weight behind the terrorists who had attempted to oust the legitimate government by force.

Under the guise of “fighting terrorism”, the US, the UK and other European powers, including France and Germany, have been scaling up their military capabilities and stockpiling weapons for years. However, this stockpiling of nuclear warheads can’t be justified using the subterfuge of fighting “terrorism”. A terror group, including the Islamic State, generally manages to rally a few thousand mercenaries from here and there. These terrorists don’t stick together and fight separately. Hence, using a nuclear weapon on terrorists, often grouped in hundreds and using civilians as shields, can’t be a solution. The ICBMs, SLBMs or ALBMs can’t fight terrorists.

Moreover, the terrorists don’t pose a nuclear threat to Europe. They don’t own ICBMs, SLBMs or ALBMs. Therefore, the rapid build-up of American missile systems near the borders of Russia since 2008 was not to combat terrorism in Asia and Africa. The US cited the purported threat posed by Iran then; however, even after Iran declared its intention of having a dialogue with the West over its controversial nuclear programme, the missile system wasn’t dismantled. Rather, NATO has been marching east, bringing one after another eastern European country to its fold and violating its earlier non-expansionist assurances to Russia.

Thus, the eastern expedition of NATO, the incessant building of missile systems in eastern Europe, the US and NATO’s support to the Ukrainian neo-Nazis against the Russians, and the multiple efforts to corner Russia internationally, especially after the 2016 Presidential Election in the US, and finally the recent sanctions against Russia expose that the west has been considering Russia as its enemy in Europe even after the Cold War was officially over. Putin’s alliance with China and his endeavours to help the Iranian and Syrian governments against the US conspiracies to oust them have severely irked the US and its lackeys.

The EU and the US have been spreading the myth that Europe was at peace since the end of the second world war. Europe has always been at war. “Peace” has been fake propaganda to befool their citizens. The Cold War polarised Europe, yet the collapse of the Soviet Union, triggered by CIA-sponsored treachery of top Russian leaders, didn’t change the situation. After Yeltsin was ousted by Putin, both the US and the EU saw their Russia scheme falling on its face. They upped their ante against Moscow and the military build-up around Russia and nuclear stockpiling prove it.