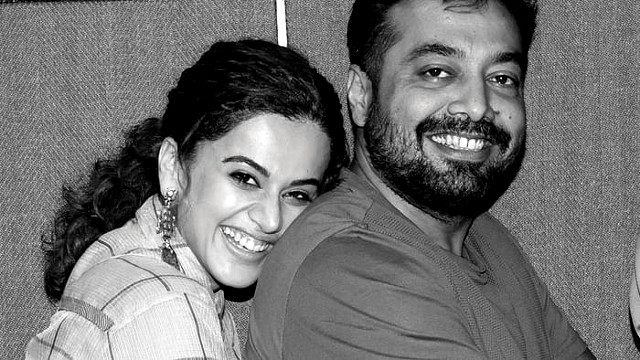 The Income Tax (IT) Department conducted multiple raids at the residences of filmmaker Anurag Kashyap, female actor Taapsee Pannu, producer Vikas Bahl and producer-distributor Madhu Mantena on Wednesday and Thursday, March 3rd and 4th, following allegations of tax evasion amounting to billions. The raids took place consecutively at 28 locations, including residential and office premises, in Mumbai, Pune, Hyderabad and Delhi, according to a statement by the IT Department.

According to a report by The Hindu quoting an anonymous source, the raids were conducted to investigate the allegations of tax evasion by Phantom Films, a company founded by Kashyap but dissolved in 2018. Both Bahl and Mantena were co-promoters of Phantom Films.

The IT Department has alleged that “evidence of huge suppression of income by the leading Film Production house compared to the actual box office collections has been unearthed” during the raids. It accused that “company officials have not been able to explain discrepancy” worth Rs 3 billion. It also alleged that it has collected evidence “related to manipulation and under-valuation of share transactions of the production house amongst the film directors and shareholders” having tax implication of Rs 3.5 billion.

The IT Department’s raid aimed at collecting evidence against these entities, especially to check out the transactions that took place between them. The IT Department has reportedly told the press that it will seek the assistance of auditors to probe the allegations. Its statement says that a “huge amount of digital data has been seized in the form of emails, whatsapp chats, hard disk etc which are under investigation. (sic)”

Though such IT Department raids are very common otherwise, as they investigate direct tax irregularities, however, this raid has created an outrage among the critics of Prime Minister Narendra Modi as they allege that Kashyap and Pannu are specifically targeted as they are critical of the ruling Bharatiya Janata Party (BJP) and its parental body Rashtriya Swayamsevak Sangh (RSS).

As the Hindi film industry, which is a major cultural weapon in the hands of the Indian ruling classes, has been working as a pawn of the Modi regime, therefore, the reluctance of Kashyap, Pannu and a handful of other dissenting filmmakers and actors to show utmost servility to the Modi regime has irked the latter. Critics of the Modi regime have been alleging that Kashyap and Pannu have been singled out due to their political standpoint. excesses

Since the BJP under Modi ascended to power in 2014, the IT Department’s raids, and those by other agencies like the Enforcement Directorate (ED), the Central Bureau of Investigation (CBI), etc, are specifically used against those critical of the government. The raids by such agencies are used in abundance to bully the critics and gag them, which turned many reluctant fundamentalists into allies of the Modi regime. In several states, the BJP has used the CBI and the ED, along with the IT Department to force its political opponents to either adopt silence or join the saffron camp itself.

In a state like West Bengal, the BJP has filled its ranks and files with stalwarts from its arch-rival Trinamool Congress by using the CBI and the ED against them. Once someone joins the BJP, all cases related to IT discrepancy, money-laundering or scams are buried deep under the political turf and a clean-chit is offered to them. No agency dares to harass men and women associated with the BJP.

The IT Department’s raids on Kashyap and Pannu took place at a time when the BJP has suffered immense political setbacks due to the intense farmers’ movement in Haryana, Punjab, Rajasthan, Uttarakhand and Uttar Pradesh, and when it’s facing a strong challenge in the forthcoming Assembly elections in Assam, Kerala, Puducherry, Tamil Nadu and West Bengal.

These raids across cities targeting Kashyap and Pannu were designed to pressurise these celebrities to follow the self-censorship practices adopted by most of their peers in the Hindi film industry, as well as to vilify them and demolish their credentials to ensure they don’t have a moral high ground to challenge the BJP’s hegemony.

Recently, the Modi regime unleashed the ED and CBI on various of its critics. Most remarkable among them was the four-day-long ED raids at the residence and office of the septuagenarian Prabir Purkayastha, the owner-editor of the news portal NewsClick. Purkayastha and his partner Gita Hariharan had to be in the ED’s custody for marathon questioning all these days. They were accused of receiving unaccounted foreign money and other allegations were also levelled. However, it was clear that NewsClick’s critical coverage of the BJP’s affairs triggered the raids.

Similar muscle-flexing is done using the CBI or other agencies whenever the BJP perceives a threat from any entity or individual. The rights enshrined in the Indian Constitution, especially of freedom of expression, freedom of speech, etc, are turned conditional by the BJP-RSS to ensure only those who use these rights to glorify the Hindutva fascist camp or abuse the minorities and the Opposition, are left unharmed.

Since 2014, the IT Department, the ED or the CBI didn’t dare to investigate any tax evasion, scam or irregularities done by the BJP or its allies. None of the big capitalists, celebrities, honchos who support the Modi regime, have faced any action. Big scams like the Rafale Jet scam, the VYAPAM scam, the PMCARES Fund scam, etc, remain immune from the scanner of the CBI, ED or other entities. The reluctance of the judiciary to act against the Modi regime’s wrongdoings has bolstered the spirit of the regime.

Rather, mere fact-based reporting on alleged tax evasion by the Adani Group wreaked havoc on a seasoned journalist like Paranjoy Guha Thakurta. Reporting on the sudden growth of revenue of a firm owned by Amit Shah’s son Jay Shah dragged The Wire to the court. The Supreme Court made Congress party chief Rahul Gandhi apologise for demanding an investigation into the Rafale Jet scam.

A lot of journalists are either facing criminal charges for reporting or are harassed by the government’s agencies. Filmmakers, writers, actors, singers, artists, etc, are systematically silenced using such weapons and this has paid rich dividends to the BJP. Such incidents clearly show how the institutions of the state are now turned into the RSS’s extensions.

The IT Department’s recent raids on Kashyap, Pannu and others are no different. As the IT Department is now one of the extended arms of the RSS, therefore, it’s normal that the agency will keep harassing critics like Kashyap and Pannu, so that the Modi regime can maintain the graveyard’s silence in India. Mere criticism of these activities to gag the critics by the BJP-RSS won’t help. Rather an active people’s resistance against the Modi regime’s policies and repression can thwart such attempts to bully the critics.