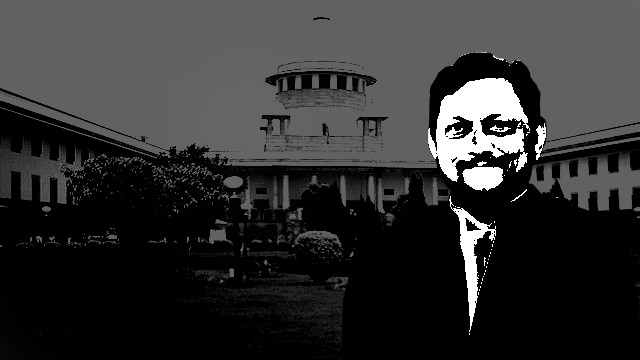 From “will you marry her”, a question put forth to a man accused of raping a minor repeatedly after intimidating her with violence to staying the arrest of a man accused of rape by his former partner where the Chief Justice of India (CJI) Sharad Arvind Bobde asked, “however brutal the husband is… when two people (are) living as husband and wife… can sexual intercourse between them be called rape?”, a message clearly rang out from the corridors of the country’s apex court. Marriage gives men licence to rape.

Whether it is a post facto decriminalising of the act or an act committed after obtaining such permit, what remains is this – women are fair game, consent or no consent, once the shackles of marriage have been secured.

Ironically, the remarks come days before International Women’s Day is observed on March 8th, a stark reminder of how much work remains to be done.

Over 4,000 women, enraged women, signed and shot off a letter to CJI Bobde demanding that he apologise for his statement and step down.

Personally, I found the concern for the minor victim – who was subjected to repeated rapes, with her arms and legs tied, gagged and threatened with acid attacks or burning with petrol or getting her brother killed – very moving. While concepts like dignity of women and right to self-determination in choosing their future (in this case husband) make a fine argument but who would marry the girl after the facts of the case are known?

Hence, what then is the best fate for her other than marriage and who else is best suited to marry her apart from her rapist? The man was her “first” after all, the own who stole her purity. A very noble act indeed, the court had no doubt the girl’s best intentions at heart. And when such momentous decisions are being made, there is no time to factor in, minor things like taking the ‘consent’ of the minor victim if she wanted to marry her rapist. In such context, questions like whether the minor moved court to seek marriage or justice are also moot.

The second case where the CJI was in a conundrum himself was equally thought-provoking. Because if marriage is the magic pill that absolves a man of any coerced sexual acts/violence before marriage if he agrees to marry the victim, to think that any objection raised by a woman after she is bound to a man (and his bed) is laughable.

The exception to marital rape, the act of forcing your spouse into having sex without their consent, is enshrined in the very law meant to protect women against sexual crimes.

Section 375 of the Indian Penal Code provides six descriptions of circumstances in which a man is said to have committed rape. The only exception is for sexual intercourse by a man with his own wife, if she is above 18 years of age. Then the man has a licence to rape, of course.

While there is an ongoing legal challenge seeking to criminalise marital rape, one wonder if they may even entertain such utopian ideas when the powers that-be themselves find such ideas absurd, to begin with.

“The concept of marital rape, as understood internationally, cannot be suitably applied in the Indian context due to various factors like level of education or illiteracy, poverty, myriad social customs and values, religious beliefs, mindset of the society to treat the marriage as a sacrament etc,” said former union minister and the federally-ruling Bharatiya Janata Party (BJP) politician, Maneka Gandhi, in 2016, in a written reply to the Rajya Sabha in response to a question on whether the government plans to criminalise marital rape. Which means, the government acknowledged that Indian men have a licence to rape as long as they are married to the woman.

I tried hard to build a case. Some national survey, statistics, report in which the argument against marital rape could find its solidarity. But every search I ran, came up blank.

Here is what I found instead.

The National Crime Records Bureau’s ‘Crime in India 2019’ report said a woman was raped in India every 16 minutes, every four minutes she experienced cruelty at the hands of her in-laws. Of the 400,000 plus crimes against women registered, 126,000 (over 30%) were related to domestic abuse.

Try hard as one might look, there is not one line on marital rape or sexual violence where the perpetrator is the husband. The answer for the missing figure is simple – it is not recorded because one isn’t looking.