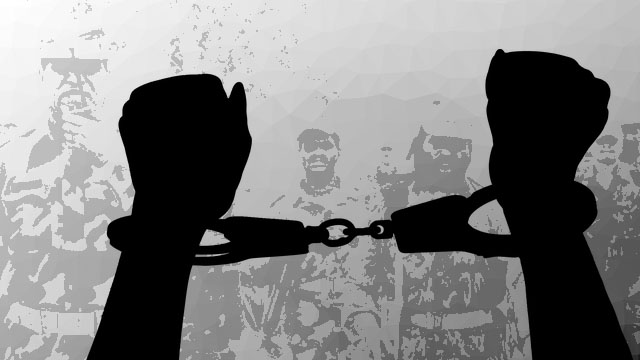 “Women are being beaten up in Chhattisgarh, but the prime minister has not uttered a word,” said former Congress party president Rahul Gandhi during a visit to Bastar. In July 2017, Mr Gandhi lambasted Prime Minister Narendra Modi for his silence on the atrocities committed by his Bharatiya Janata Party’s (BJP) government in Chhattisgarh led by then chief minister Raman Singh. Four years later, Mr Gandhi’s party, which formed the government in Chhattisgarh in December 2018, continues the BJP’s legacy. The latest arrest of tribal people at Silger proves this.

Bela Bhatia, a human rights activist from Chhattisgarh, issued a press note on Saturday, November 6th 2021, alleging that a general rally was held at Silger on November 1st 2021 by the “Mool Niwasi Bachao Manch” (Save Indigenous People Front) as a part of its protest against police camps in the region. The posters regarding the public rally were circulated through social media in advance. Several prominent activists and lawyers from different areas took part in the rally and villagers from distant places of Sukma district also attended.

A group of 55 tribal people—men, women and adolescence —were returning to their villages from the rally riding bicycles on November 2nd 2021. They were carrying food items and their clothes along with them. At around 9am, they were intercepted by approximately 150 policemen at Morpalli forests. Despite providing all information to the policemen regarding their rally and destination, these 55 people were taken to the Chintalnar police station, which is approximately 8km from the forest. They reached the police station at 2pm.

The police clicked photographs of these 55 people and they were interrogated together and separately. They were asked about their connections with the proscribed Communist Party of India (Maoist) [CPI (Maoist)] and other left-wing extremist outfits. Two of the tribal men confessed to having worked for the CPI (Maoist) in the past but told the police that they live in their villages for the last four to five years after leaving the ultras. The police kept all of them detained at the police station that night.

On November 3rd, 43 people were released and 11 men and one woman were taken to Sukma, where they were again interrogated on November 4th. On November 5th 2021, they were taken to the hospital and the court. Out of these 11 men, three juveniles were released. The rest eight men were arrested under different sections of the colonial-era Arms Act and the Explosives Act. The young woman, whom sources identified as Punem Ayete, from Etaras village, which falls under Bhejji police station, Sukma district, remains untraced. There is no news on her whereabouts.

According to the police’s statement reported by Hindustan Times, the district police and the Commando Battalion for Resolute Action (CoBRA) unit of the Central Reserve Police Force (CRPF), jointly conducted an “area domination operation” against the CPI (Maoist) guerrillas in the Morpalli village area and arrested these eight, who are allegedly affiliated with the banned outfit, from the forest. The police said that six of those arrested have a collective reward of Rs 1.7m on their heads. Bhatia and the relatives of those arrested have vehemently rejected the allegations levelled by the police regarding the latest arrest of eight tribal men and the abduction of a woman at Silger. Bhatia and the relatives of the accused demanded their unconditional release from custody.

The police said that they have arrested Kawasi Raju alias Santu, who is allegedly a battalion member of CPI (Maoist), Kalmu Mada (25), who is allegedly a militia company commander, Komram Kanna (38), Madkam Hidma (29), Tursam Mudraj (45), Madkam Enka (25), Madkam Soma (32) and Madkam Mutta (40). There is no mention of Ayete, which rings an eerie alarm regarding her wellbeing. Tribal women have been in trauma due to state violence against them for decades. Sexual assault becomes a weapon in the hands of the state in its pursuit of land for mining corporations under the garb of “development”. Activists in Chhattisgarh have been apprehensive about Ayete more because of the police’s denial of her captivity.

Among the arrested tribal men, the police claimed, Santu and Mada had rewards of Rs 800,000 and Rs 500,000 respectively on their heads. Kanna, Hidma, Mudraj and Enka had rewards of Rs 100,000 each. As per the police, the CoBRA recovered 35 detonators, six gelatin sticks, two improvised explosive devices (IEDs), batteries, wires and other materials from the possession of these eight. This allegation is again refuted by Bhatia. She said in her press statement that these are false charges and levelling false charges on innocents is a crime.

Sukma Police Superintendent Sunil Sharma has refused the allegation of arresting innocents and claimed that the police and the CoBRA apprehended the eight CPI (Maoist) guerrillas when they were forcibly taking the other villagers to different political programmes. But Bhatia has claimed that the eight have alleged they were not presented before the magistrate on November 5th when the police took them to the court. According to the arrested accused, they were made to sit inside a bus at the court and weren’t allowed to deboard, which Bhatia called is a clear violation of the law.

Bhatia’s press release asked the police to release the innocent tribal people stating that participating in rallies in a democratic system can’t be a crime. This latest arrest of tribal people at Silger by the CoBRA and the district police prove that under the Congress party’s rule, Chhattisgarh continues to follow the Singh-led BJP government’s notorious template. Arbitrary arrests of tribal people, their detention without proper trial, the abduction of women—who are never found—and cold-blooded staged “encounters”, in which innocent tribal men and women are killed and then allegedly are labelled as “dreaded” CPI (Maoist) militants, continue unabated under Bhupesh Baghel’s rule.

The tribal people’s ordeal reached a peak when an all-out war was declared on them by Modi’s predecessor Dr Manmohan Singh-led Congress government under the guise of “Operation Green Hunt”. Dr Singh wanted to ensure that the big corporate donors of the Congress party can enjoy the booty of loot by exploiting the rich mineral reserves underneath the pristine forests of Chhattisgarh. The tribal people have been resisting any attempt by the government-corporate nexus to evict them from their land, their waters and forests, which will all be destroyed to satiate the taste buds of big mining giants.

Modi is continuing the same war with extreme vengeance. He has already given up the 55,000-hectare pristine Hasdeo Arand forest for coal mining to the BJP’s sponsor and coal mining baron Gautam Adani. At Chhattisgarh, the BJP and the Congress party collaborate at the grassroots against the tribal people.

At a time when the Congress party incessantly claims that it will be fighting the BJP and free India from its sclerotic rule, its own tyrannical rule in states like Chhattisgarh proves that it’s not an alternative to the BJP but its substitute. The party under which the police force conducts fake “encounters” with sheer impunity, under which the tribal people are persecuted, exemplified by the latest arrest of tribal people at Silger, can’t be a solution to Hindutva fascist rule on India, the aggression of big corporates on the tribal people, their waters, forests and land, and the gross human rights violations by the state.

Mr Gandhi has forgotten his rhetoric on social justice during his pre-poll Chhattisgarh visits. His party’s government in Chhattisgarh is in a quagmire right now, as Baghel is facing a rebellion from within, led by his minister TS Singh Deo. In this scenario, incidents like the latest arrest of eight tribal men and the abduction of a woman at Silger show how the situation has been worsening. Yet, there is no new opposition force visible on the horizon that can exhibit the potential of politically defeating the BJP-Congress bloc to provide political reprieve to the oppressed tribal people. The continuation of the BJP’s or the Congress’s musical-chair rule in the state will have severe repercussions for the tribal people and will prolong the series of violence and bloodshed.