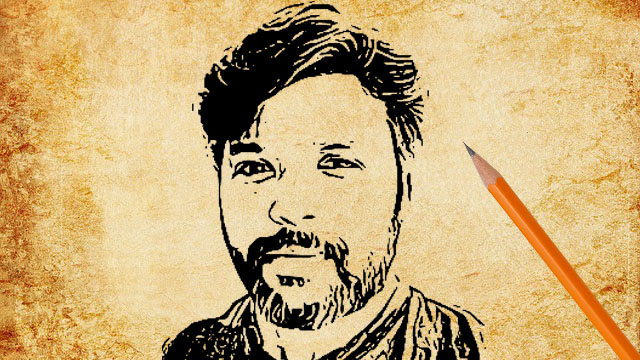 Noted photojournalist Danish Siddiqui was killed in Afghanistan’s Spin Boldak while covering a clash between the Afghan forces and the Taliban. News agency Reuters, his employer, reported that Siddiqui was killed when the Afghan special forces were trying to retake control of the main market area of the city, located near the border with Pakistan in the southern province of Kandahar.

Danish Siddiqui was an award-winning photojournalist whose work is appreciated globally. He won the prestigious Pulitzer Prize for his photojournalism. In India, his work includes the photo of Hindutva fascist terrorist “Rambhakt” Gopal shooting a Kashmiri student outside Delhi’s Jamia Millia Islamia University on January 30th 2020. He also covered the Delhi anti-Muslim pogrom 2020, the reverse migration of poor people during the lockdown, and the Rohingya refugee crisis in Bangladesh. His drone shots and long-distance shots of funeral pyres of COVID-19 victims showed the world the grotesque face of India’s pandemic.

According to Reuters, “Siddiqui had been embedded as a journalist since earlier this week with Afghan special forces based in the southern province of Kandahar and had been reporting on fighting between Afghan commandos and Taliban fighters.” Siddiqui’s reporting can be seen on Reuters website. Being “embedded as a journalist” with Afghan special forces means that Danish Siddiqui was accompanying them in their pursuit against the Taliban. It means he was part of a controversial practice that help the ruling cliques or the powerful entities to set narratives during conflicts.

Siddiqui’s killing raised two major issues. On the one hand, it questions the practice of “embedded journalism”; while on the other, it re-exposed the grotesque face of the Hindutva fascist camp in India, led by the Rashtriya Swayamsevak Sangh (RSS), the parental body of the ruling Bharatiya Janata Party (BJP).

Deploying an “embedded journalist”, ie, a journalist attached with an army unit at a conflict zone, not just puts their lives at risk, it also does a lot of harm to the cause of fair, unbiased and objective journalism. However, the big corporate-controlled media doesn’t care about journalism “ethics”. Siddiqui became a victim of this model of “embedded” journalism.

Seymour Hersh, a distinguished investigative journalist who exposed the Mai Lai massacre in Vietnam and the Abu Gharib torture scandal, had harshly criticised the concept of “embedded journalism”. “Embedding is the worst single thing that has happened to journalism in the last decade and a half, and it began with the First Gulf War. It is a brilliant strategy. And it has really curbed, and hurt journalism,” Hersh was quoted by Stephen Farrell in his “Embedistan”.

While journalists look for their safety while doing their job in the conflict zones, many consider it a safe option to take the security cover of the powerful side, mostly the aggressors or occupation forces. The lack of legal protection for journalists in conflict zones, the risk of turning into a captive and suffering like Daniel Pearl, etc, force most to seek refuge. Also, those who are “embedded” with the insurgents or anti-government forces, often suffer persecution when they are caught by the government forces during conflicts.

During the occupation of Iraq, the US imperialism allowed media freedom only to the extent of its comfort, ie, it censored the news that was critical of the occupation and its puppet government. The US imperialism also introduced the western “embedded” journalism in Afghanistan, pushing the journalists into serious risk apart from serving what Steven Lee Myers called “soda-straw view” of the war.

As the US imperialism decided to withdraw its occupation forces in Afghanistan by September 11th 2021, its puppet Afghan government is facing an existential crisis. Despite being a reactionary power, the Taliban became the principal force of resistance against the US aggression and managed to force the occupiers to exit Afghanistan after a 20-year-long protracted war. Now the Taliban is on a winning spree, capturing regions after regions from the Kabul-controlled forces.

The battle for Spin Boldak and the entire Kandahar province became crucial as it’s a zone used by Pakistan-based Islamist terrorists to infiltrate Afghanistan and aid the Taliban. The Afghan military forces command no civilian respect or support due to their proximity and servility towards the western occupiers despised by average Afghans.

Danish Siddiqui was wearing the special forces’ uniform, which could have been a cause of his untimely death. When uniforms draw volley of fire in a conflict zone, the risk for journalists donning such attire grows manifold despite the press tag on their headgears, as the illiterate fighters aiming their guns at a particular uniform won’t distinguish between a soldier or a journalist dressed as a soldier.

In his early reports, while travelling with the special forces’ convoy, Siddiqui reported how their convoy came under severe attack, including rocket-propelled grenades (RPGs) fired at them. Siddiqui suffered shrapnel injuries and was treated for them. However, he couldn’t be saved during the Friday conflict.

According to Reuters, Taliban spokesman Zabihullah Mujahid said their fighters didn’t know that Siddiqui was a reporter. Mujahid said it’s not clear how Siddiqui died and that there was “fierce fighting”.

While Reuters conveniently “embedded” Siddiqui with the Afghan special forces to cover their angle of the story and narrate the government’s version, it didn’t “embed” anyone with the Taliban to know their version of the story. With such a one-sided view, while putting its journalists at grave risk, Reuters, and other media houses, continue to fabricate truth and peddle a one-sided view as the whole picture.

Soon after the news of Danish Siddiqui’s death was flashed by the media, the RSS-controlled feral Hindutva thugs on the internet started rejoicing. They celebrated the killing, done allegedly by a hardliner Islamist reactionary force, calling it “Karma” as they accuse the slain photojournalist of “insulting” India by clicking the photographs of Prime Minister Narendra Modi’s failure to curb the COVID-19 second wave, as well as the horrible optics of the reverse migration of workers during the 2020 lockdown and the 2020 Delhi anti-Muslim pogrom.

Surprisingly, when new Information & Broadcasting Minister Anurag Thakur, who is infamous for his “shoot the traitors” jibe targeting Muslim protesters in 2020, posted a photograph of Rohingya refugees clicked by Siddiqui on his Twitter timeline, the Hindutva thugs didn’t spare him from trolling as well. “Danish Siddiqui leaves behind an extraordinary body of work. He won the Pulitzer Prize for Photography and was embedded with the Afghan Forces in Kandahar. Sharing one of his pictures below. Sincere condolences. RIP,” Thakur had tweeted.

Though the Modi regime officially protested the killing of Siddiqui, with the Foreign Secretary Harsh Vardhan Shringla taking up the issue at the United Nations Security Council, the RSS-deployed thugs, who are working overtime to raise Islamophobic tempo to help Modi’s BJP win the 2022 Uttar Pradesh Assembly elections, didn’t stop demeaning the slain journalist.

Through their vitriol shared online, the BJP-RSS men proved that they have no problem with the Taliban killing journalists whose work caused inconvenience to the Modi regime. The RSS’s ideological symmetry with the Taliban and other reactionary outfits stands exposed with its supporters cheering for Siddiqui’s killing and justifying it. This also shows why a free press is under threat in India as it’s in Afghanistan due to the ruling clique’s allergy to criticism and its sheer bigotry.

What remains of Danish Siddiqui?

The killing of Danish Siddiqui must remind the journalists at conflict zones not to follow the “embedded” journalism model and try to show both sides of the picture. Embedded journalism is a form of servile journalism, which must be abhorred and discarded for the sake of objectivity and transparency in reporting incidents of conflict.

Danish Siddiqui is dead. The hatred for him won’t be dead anytime soon. Siddiqui died clicking pictures as it was his job. But his pictures of Modi not doing his job properly, which killed thousands daily during the COVID-19 second wave, will remain as timeless reminders of the repercussions of electing a bigot and narcissist fascist to power to tame the “others”.