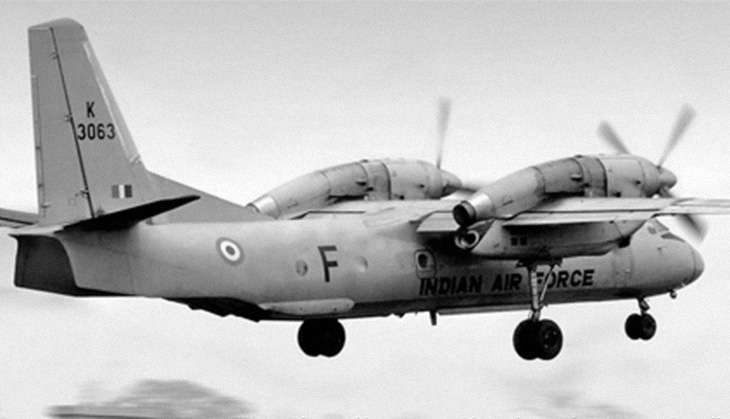 Does the name of RV Prasad Babu ring any bell to our ears? Well, he was an army man who, in a country infested with tides of army-worshipping nationalism, is missing for the last five months. Along with other defence personnel, RV Prasad Babu of the Indian Navy was on board of an Antonov An-32 twin-engine turboprop transport aircraft of the Indian Air Force on 22 July 2016. The An-32 plane was lost forever as it went off the radar soon after it started flying towards Andaman and Nicobar Islands.

The Modi government that keeps illustrating the army and its role in defending Indian sovereignty on every instance of public dissent against its predatory policies, kept mum over its failure to trace and locate the wreckage of a plane in which there were 29 servicemen on board.

On 15 September, the government simply called off the operation and presumed everyone onboard the An-32 aircraft, dead. The failure of the government to trace and locate a plane that suspiciously went off the radar after flying for some time didn’t make the news.

The defence person who went missing on-board the An-32 plane:

As we have earlier discussed on the same topic that this is not the first instance of An-32 plane crashing or vanishing from the radar, however, the utmost callous attitude shown by the Modi government in carrying out a full-proof search and rescue operation to trace the plane and the missing personnel, who died in their uniforms just like the soldiers in Una or those stationed near the LOC in Kashmir, exemplifies its utmost disregard for soldiers, whom the BJP only uses to gain sympathy votes from a hysteric mob of chauvinists tempered by the Hindutva fascist bush telegraphs.

There were no loose cannon self-proclaimed “nationalists” or “patriots” to grill the Modi government over its terrible lacklustre attitude in searching the plane using the modern technologies that are available to the defence forces of India and its friendly nations in the nearby region.

The usual xenophobic crowd that will troll people, who rightfully question the excesses of the Indian Army in places like Kashmir and Manipur, with chosen abuses, were conspicuously silent on social media and television channels, including the self-styled “patriotic” news channels where the news anchors are infamous for their cabaret dancing to the tune of the Modi government. No one spoke about the government’s failure and no one spoke about why these defence personnel should not be forgotten.

Soon after the search and rescue operations were withdrawn and all passengers onboard of the An-32 plane were declared dead, the government, which was in back foot due to its utmost failure to contain the mass unrest in Kashmir and faced a setback when army men were killed in Una, suddenly hyped the “Surgical Strike” narrative, marred with numerous contradictions, to prove its credibility among its target audience.

Despite all heaps of praise dedicated to the men in uniform and placing them in the sanctum sanctorum, immune from criticism in a democratic society, the “Hindu nationalist” government of Narendra Modi fails on several counts to show its true adherence to the verses it recites on serving the interest of the military forces.

The One Rank One Pension (#OROP) was one instance of how the Modi government betrayed the ex-servicemen and the missing An-32 is another instance that how the BJP can sweep unpleasing facts beneath the carpet and hype few deaths, like that of Hanumanth Thapa, to further its own political agenda that aims to silent voice of dissent.

After several outcry over the future of the men who are perceived to have “died” in the incident, there was not much inquiry conducted by the mainstream media, because those who died in the line of duty onboard of the missing An-32 plane of the IAF were not killed by Kashmiri militants or Pakistani shelling that the deaths can be used as propaganda to arouse the jingoistic fervour among the politically backward people.

The Indian military institutions are funded by the money of the common people, not only salaried or elite income tax payer’s money, but from the taxes paid by the broad masses of the poor peasants, workers, toiled people and the lower middle class through various indirect taxes imposed on them. Thus the Indian people have all the rights to know how can a plane, bought with their hard earned money, just vanish from the radar? They have the right to know what steps the Modi government took to search for the lost plane and why those plans failed.

At a time when the Modi government suddenly brought the economic chaos by announcing a demonetisation drive to distract public attention from a purported “Surgical Strike” story concocted by the top leaders of the Sangh to build up a macho image of the government and its prime minister, the An-32 and its missing personnel, much more than those killed in Una by militants, are haunting the BJP as stark reminders of its failure in the defence domain.

It’s imperative that the government that boasts on its propaganda machinery and communal pogrom incitement skills is made accountable to the people whom it wants to hoodwink. It’s also necessary that the people are politically equipped to march beyond the barriers created by the Modi government and raise those uncomfortable questions to those who have got a parliamentary majority by garnering the support of 31 per cent of the total number of people who voted in 2014. It’s imperative for Indian people to know where has the An-32 plane vanished and what caused the untimely death of 29 defence personnel?