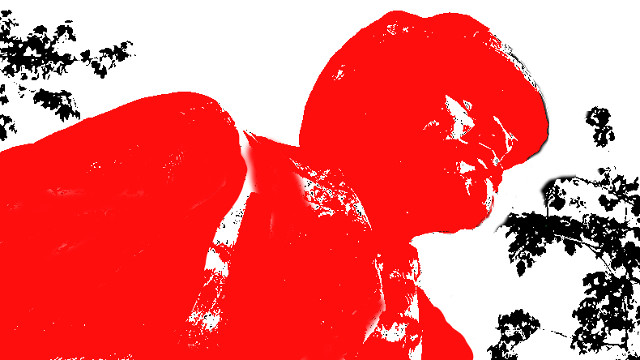 The toppling of the statue of communist leader Lenin in Tripura was really a sad affair for the country. In the communist pantheon leaders like Lenin, Stalin, Mao Zedong, Ho Chi Minh, Fidel Castro have always shined bright. However, in the right-wing press, all of them have been continuously portrayed as arch-villains and enemies of mankind. Their good qualities are rarely acknowledged and their so-called “dark deeds” are magnified and presented to the gullible audience. This is not merely the statue of Lenin razed; but the Indian culture and heritage, which has grown its roots over 5000 years, were just brought down in minutes.

Ideologies should evolve through more convincing arguments and evidence. They grow through assimilation, inclusion, and integration. Coercion and arrogance can never kill an ideology. Relevance is not equal to majority’s acceptance. Ideas and ideologies don’t become irrelevant even if the majority does not subscribe to them. It was Lenin who was the midwife of the Russian Revolution. Lenin was the mastermind. Without him, the Russian Revolution would not have happened. He was the one who almost single-handedly changed the history of the world and brought the workers and peasants to the central stage of world politics.

In his Development of Capitalism in Russia (1899), Lenin said that capitalism was rapidly destroying the peasant commune. He claimed that the peasantry was rapidly stratifying into a well-off rural bourgeoisie, a middling peasantry, and an impoverished rural “proletariat and semi-proletariat…” Most important, Lenin said that the revolution was moving from its ‘bourgeois’ stage towards the socialist stage. He was convinced that the death of capitalism was fast approaching.

Trotsky, who had clashed swords with Lenin on many occasions in his Menshevik past had veered around to the position that Lenin was right. In 1917, the Bolshevik party was very different from the tightly knit conspiratorial party advocated by Lenin in 1903. Though more unified than the other Russian parties like the Mensheviks, the Bolsheviks were still a diverse lot and even after Lenin’s April Theses became the official policy, the gradualist views of Kamenev and Zinoviev continued to enjoy strong support.

What Bolsheviks actually wanted was enshrined in the constitution of 1918: Abolition of all exploitation of man by man, the complete elimination of the division of society into classes, the ruthless suppression of the exploiters, the establishment of a socialist organisation of society, and the victory of socialism in all countries. Hundred years hence, these are still distant dreams. Capitalism has proved to be much stronger, though for the time being, than what the Russian revolutionaries had imagined.

When Revolution came to Russia Lenin was in Switzerland and Stalin was in exile. They struggled to reach Russia and take part in the very revolution that would later make them the great revolutionaries they are known for. The Bolsheviks utilised the crisis in Russia, mobilised the workers and peasants to seize power by force as the provisional government teetered. Lenin arrived by train to lead the workers. His presence was electrifying. His absolute contempt for liberalism, his implacable opposition to the war, and his appreciation of the mass appeal of Soviets stood in stark contrast to the views of the other party members who had committed the party to conditional support for the Provisional Government, a none too clear position on the war, and to negotiations with the Mensheviks to reunify the Russian Social Democratic Workers Party.

By 1917 it became evident that the people had had enough of the Tsar and his government. Corruption and inefficiency were ruling the roost. On 3 April 1917 Lenin returned to Russia after long years of exile. The working class, the peasantry and the soldiers were tired of the war and the endless exploitation laden on them. Lenin didn’t talk like others, who urged the workers of Russia to kill the workers of Germany for the sake of “Fatherland”, rather he spoke about bread, peace and socialism. Lenin and the Bolsheviks stood with the workers with patience and helped them organise and also exposed the true character of the Kerensky-led Provisional Government before the people.

Communism does not have a universal definition as such, but it can be understood, from the use of the term by leftists, as a nomenclature for a condition rather than an ideology. Also, a larger consensus among leftists is that communism is a higher form of society without the state machinery, military, money and unhealthy competition, but with a robust trade and commerce and a sustainable use of technology for the development of mankind.

Marxism is a method of scientific inquiry (and not just an ideology per se) used in almost all social science and humanities disciplines, history, art history, sociology, gender studies, international relations, law, literature, economics, commerce and so on. Its ultimate political and economic aim is communism, but not its sole purpose. The Russian Revolution and the Civil War are a chain of events that ended in the victory of the Bolsheviks. One cannot separate the events that took place during those years. The butchery of the innocents takes place even now. The force used against the opponents by the Bolsheviks were approved by their leaders, the same way the usage of force to curb dissent is used even now by those who staunchly oppose the ideas of Bolshevism.

Marxism’s historical determinism was both unique and original and has not received the same attention as its propositions about class struggle, the laws of capitalist development ( the inevitability of the collapse of capitalism) and a proletarian-led march to socialism. The attraction of Marxism is best understood in the way the world works – economic analysis of capitalism and of social relations of class; in short, there is a core of determinism in the reasoning of Marx.

When we try to link Marxism with socialism, it is basically the attempts by the Western Marxists like Kolakowski and even Bukanin and Rosa Luxemburg, who all anticipated socialism’s totalitarian outcome, to make a distinction between the two by claiming that Marx needed to be saved from the distortions at the hands of its practitioners. These Marxist purists believed that it should be possible to rescue the original founder from the excesses committed in his name. However, Marxism as a theoretical doctrine cannot be separated from the history of the political movements, thoughts and systems that the Marxist ideology led to. Those who lived under socialism, i.e. the dictatorship of the working class, would find it difficult to distinguish between the two, when we witness Marxism’s transformation from an intellectual thought process to a political system and way of life, that we called socialism.

Communism was after all Marxism’s only political and practical outcome. Lenin fully agrees with Marx that immediately following the revolution, there is “a political transition period in which the state can be nothing but the revolutionary dictatorship of the proletariat”. Lenin had his doubts,

“…socialism cannot achieve victory simultaneously in all countries. It will achieve victory first in one or several countries, while the others will for some time remain bourgeois or pre-bourgeois. This is bound to create not only friction but a direct attempt on the part of the bourgeoisie of other countries to crush the socialist state.”

The Russian Revolution was often presented by the Imperialist historians as a coup against the Imperial Russian state. What was conveniently forgotten was that there was practically no state in Russia to be overthrown. The Provisional Government had lost its legitimacy long ago. No doubt that the workers and the peasants longed for democracy, but for them things like the constitution, civil rights and an elected republic at the helm were secondary. They were more interested in the grassroot institutions like the Soviets and factory committees which they considered truly democratic. But both they and the Bolsheviks reckoned without the strong opposition they would face from the capitalists, landowners, supporters of monarchy and, above all, the world imperialist powers. What happened in the next few years was a murderous civil war and the encirclement and isolation of Russia.

Lenin and Stalin didn’t surrender when the infant Soviet state faced the brutal aggression of imperialist powers and the overthrown aristocrats and Kulaks. They didn’t bow before the might of the Western powers, rather raised the army of the workers and peasants to defeat the enemy and secure the Soviet rule. Thus started a period that is now referred to as ‘Red Terror’ by those who oppose the Russian Revolution and support the West. That is the period when in its bid to protect and consolidate the Soviet state, the Bolsheviks fought mercilessly against its enemies, especially the 21-country-alliance that wanted to nip the bud of socialism. The “red terror” that haunts the Western intellectuals even today was less severe than the revolutionary terror meted out by the French Revolution or the American Revolution, however, it was more class centric, targeting the rich and the prosperous, which causes panic among those who pile up wealth by hoarding immense profit earned by exploiting labour and oppressing nations. Even a renowned author like Maxim Gorky supported Lenin and said: “if the enemy does not surrender, he must be destroyed”.

Portraying Lenin in the darkest shades, or slandering the Bolsheviks who later fought the fascist menace that tried to enslave the whole world, looks like an undying scheme that’s on since a century, fuelled by the support of the West and funded by those powers that want to see the working class enslaved forever. When the statue of Lenin was toppled with rage in Southern Tripura, it became evident that the battle that the White Guards launched in 1918 against the Soviet state and Lenin, still continues throughout the corner of the world, as capitalism sees a ghost of communism, attempting to cull it, even now in its nightmares.

The spectre of Lenin haunts them even now and thus by avoiding the democratic discourse and ethics, half-baked minds of the BJP supporters plunge into destroying a statue, which represents an ideology which they cannot even harm a bit. The fascists must learn the lesson from history that when coercion and arrogance are used to decimate an ideology, it rather entrenches deep inside the minds of the people and thereby rings the death knell for those who want to kill it. Fascists are historically averse to learning and hence, as they try to kill an ideology with arrogance, they will ignite the locomotive of their own doom and the doom for their bigotry-driven ideology.