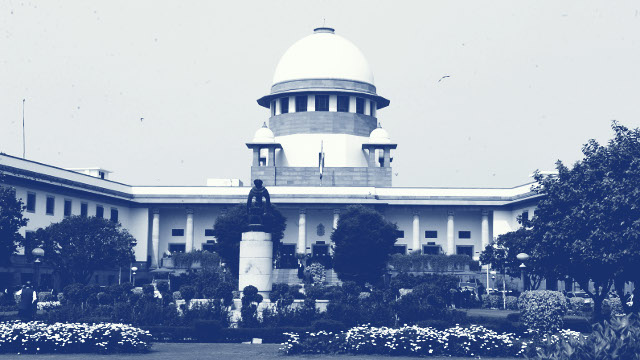 When the Supreme Court bench led by the outgoing CJI, Dipak Misra, gave a verdict decriminalising the colonial era Section 377 of the IPC, which criminalised homosexuality, the liberal democrats, the non-conservative elites and upper-middle class city dwellers welcomed the move and hailed the Supreme Court. They even overlooked the allegations that four senior-most judges of the apex court levelled against the CJI and the controversies that surround him, which was itself an unprecedented act in the history of Indian judiciary.

With few days to go for his retirement, CJI Dipak Misra will deliver some key verdicts in cases like Ayodhya dispute on Ram Mandir vs Babri Masjid, the importance of mosque in Islam, the Constitutional validity of Aadhar linking in view of the right to privacy and many other crucial cases. These important verdicts will not only influence the political fortune of the BJP in the 2019 general election when Narendra Modi will seek his final re-election before changing the Constitution in 2022, they will also leave a deep impact on the Indian society and politics for years to come.

Though the Supreme Court has ordered a day-to-day hearing of criminal charges against the deposed yesteryear BJP stalwarts like LK Advani, Murli Manohar Joshi, Vinay Katiyar, Uma Bharti, etc. for their role in demolishing the 15th-century Babri Masjid in Ayodhya, the same court is still on a debacle to decide whether a temple or a mosque existed at the site, even after it condemned the razing of the Babri Masjid in unequivocal terms. The verdict on the Ram Mandir-Babri Masjid case is yet to come from a bench that the outgoing CJI formed.

This inconsistency in position on justice proves one thing that despite all hogwash and tall talks of secularism, the court that once condemned a man to death to appease the “collective sentiment of the majority” community, even when all evidence spoke otherwise, will certainly lean towards the saffron-clad Hindutva fascist bloc due to the clout that these utmost reactionary rulers enjoy in the country right now.

In view of the experience of Judge Loya’s mysterious death in 2014, when he was hearing a crucial criminal case against Amit Shah, and the apex court’s swift rejection of a petition seeking a fair investigation into the mysterious death of the judge, the honest section of the judiciary, an institution which is already dominated by Brahmanical upper-caste representatives, is not in a comfortable position to confront the Hindutva fascist thugs running the state. They either refrain from categorically condemning the atrocities committed by the Hindutva thugs on minorities, marginalised communities and the poor in general, and at times toe the line set by their seniors, the line of collaboration.

Take for example the case of Mecca Masjid blast; all accused were acquitted by a metropolitan judge who himself resigned soon after uttering the verdict. Take for example the case of a retired Rajasthan High Court judge, who told the press, soon after retiring, that peacocks don’t have sexual intercourse but peahens conceive with the peacock tear.  Take for example the 1995 Supreme Court verdict on “Hindutva”, where a bench headed by Justice (retd) JS Verma claimed, “Hindutva/Hinduism is a way of life of the people in the subcontinent”, which actually gave a legal immunity to the Hindutva fascist BJP to seek votes in favour of a Hindutva fascist kingdom; take for example many other such cases, where the institution of justice unashamedly leaned towards a majoritarian fascist view and appeased the Brahmanical upper-castes whose representatives dominate the judiciary. They all will show that the neutrality of the judiciary was compromised repeatedly whenever crucial questions that are closely related to the class-caste domination of the ruling classes faced any threat.

It’s not only the Babri Masjid case but also the crucial case of Aadhar linking, which is fuelling immense speculation among two antagonistic camps on the issue. On one hand, the democratic and anti-fascist people are strongly opposing the move to make Aadhar linking with every service and scheme mandatory, while on the other, the Hindutva fascist camp and its hawkish upper-caste elite supporters are strongly standing behind the Modi regime’s determination to build a large databank of citizens that can be accessed by the corporate houses. The verdict in favour of Aadhar linking, which clearly violates people’s right to privacy and is a medium for the government to spy on citizens, will turn the people of India into corporate slaves officially.

What will be the verdict in each of these crucial cases is still a matter of speculation, while in the meantime the news in the town is that a certain minister of Yogi Adityanath’s cabinet in Uttar Pradesh claimed that the “Supreme Court is ours” and signalled that there are possibilities that the apex court’s verdict on Ayodhya Ram Mandir – Babri Masjid issue will be in favour of the ruling party. This is not a wild assumption that has come from a random Hindutva thug or a loose cannon, but an exposure that happened due to the slip of tongue of a constitutional position-holder. Hence, it can’t be brushed aside as another rhetoric by a Hindutva fringe, but should be seen as a peek into a conspiracy revealed by a man perched at a high level.

For the left, anti-fascist and progressive forces, who are fighting for democracy, secularism and socialism, it’s imperative to not rely upon the judgements passed by the institutions that carry colonial legacy in thought and action, and are run by the Brahmanical upper-caste strata of the society to resolve the problems created by the ruling classes. It will be infantile to believe that the courts, the system or the government run by the Hindutva fascist BJP-RSS combo, their masters- the corporate houses, foreign and domestic, and their manpower supplier – feudalism, will deliver justice to the people, the majority whom can’t even spell the word.

If anything we can rely upon now to change the present situation in favour of the exploited, oppressed and marginalised people, then it will be the route of mass struggle for political power, democracy, freedom, socialism and equality. This struggle can’t happen overnight following the strategy of the opportunist parliamentary parties; rather, such a struggle can become a nationwide phenomenon and become victorious when it is propelled by the unity of all genuine left, democratic and revolutionary people’s forces in the country towards the common goal of defeating the Hindutva fascist Modi regime and its support base, i.e. semi-feudal and semi-colonial production relation. The mirage of constitutionalism and reliance on colonial machinery for justice will eventually shatter with the rise of the invincible people’s democratic force.