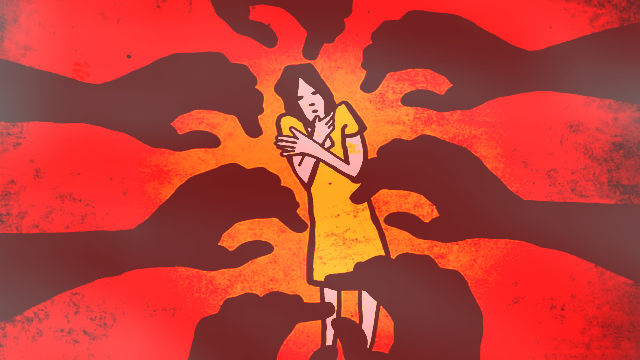 The recent incident of gangrape and murder of a 9-year-old in Boniyar, Uri, gloats in front of the people as an ugly reminder of how sexual violence against Kashmiri women isn’t monopolised by the Indian occupation forces only but also by the dominant patriarchal-feudal social order of Kashmir, which many would sweep under the carpet to show a very amiable and harmonious nature of the conflict-ridden region’s society. This brutal gangrape and murder of an innocent child did not spark any strong reaction among the people of Kashmir, unlike the Asifa Bano gangrape and murder case. The reason can be attributed to the very Kashmiri patriarchy that many of the separatist leaders rear in their backyard. Mainstream Kashmiri collaborators and Kashmiri separatists unite with each other in concealing the sheer reactionary and feudal-patriarchal character of the Kashmiri society because it’s what they fight to preserve through two different paths.

A family feud between two wives of a Kashmiri man, one of them being a non-Kashmiri, turned sour and the Kashmiri wife had her son, the teenager half-brother of the 9-year-old, and his friends brutally rape the girl, gouge out her eyes and murder her. Such an inhuman act isn’t new or alien to the Kashmiri society that has its own vices, the existence of which is strongly denied by the Kashmiri mainstream separatist movement and pro-New Delhi forces.

Patriarchy and a strong hostility towards those of non-Kashmiri origin marrying locals dominate the social-political behaviour of normal Kashmiri psyche, affected by decades of colonisation, military oppression and violence imposed by a power considered foreign by the people. The Indian occupation has repeatedly violated Kashmiri women; sexual violence against the hapless Kashmiri women, who are subjugated by Indian colonisation and Kashmiri patriarchy, has been a weapon in the hands of the Indian occupation to humiliate the Kashmiri people.

When a gang of military goons raped Kashmiri women between 12-70 in Kunan Poshpora during the tumultuous 1990s, their sole aim was to terrorise and humiliate the local men, for whom the rape of their mothers, sisters, wives or daughters, each and every female he is related to, would cause a lifelong trauma and force them to bend before the military might of the Indian state. Such exercise of state-sponsored rapes is regularly conducted to force men raising their fists against Indian occupation to live a traumatised and jolted life. The Kashmiri women, who suffer more than men in the conflict, aren’t safe in the hands of Kashmiri men as well.

Kashmiri women, from their childhood itself, continue to face molestation and sexual exploitation from Kashmiri men who come in their lives as uncles, cousins, relatives or neighbours. The subjugated and oppressed patriarch Kashmiri soul, the very soul which faces humiliation at the hands of an occupation regime every day, at each corner, at each barbed fence they cross, the man whose existence is demeaned and despised by those men who are colonising the land using brute force – that very patriarchal soul vents out the frustration on vulnerable women, especially the younger ones, by using his privilege of being a man.

The feminist movement in Kashmir has rightly focused on the sexual violence against the women by the Indian occupation forces. They have rightly raised the issue of women’s dignity in a conflict zone, where violating her vagina is considered as a trophy for a military establishment that wants a people to prostrate before its reign of terror. However, remaining confined within the spectrum of opposing the Indian military establishment’s sexual violence against Kashmiri women will not fully serve the purpose of feminism in the Kashmir valley. A comprehensive, radical and strong feminist movement is required in Kashmir that will also encompass the issue of sexual exploitation of women by the men they know, by their very own men, by those men who consider these women as their property.

The rape and brutal murder of the 9-year-old in Uri happened because the step-mother of the girl believed that she is the most beloved child of her husband, a property of her husband, who incidentally has neglected her for the non-Kashmiri spouse. For a Kashmiri woman to target a little girl, have her raped by her own son and his friends and then have her killed sounds too monstrous for many, but looking into the psychocultural map of the Kashmiri women, who have always seen how sexual violation of a daughter cripples the father emotionally, it becomes easy to target a daughter or a sister of a man against whom they’ve their grudge.

For the step-mother of Uri, the 9-year-old girl was the favourite child of her father and hence she became an object whom this woman wanted to hurt so badly so that the father of the girl, who has been extremely indifferent towards the plight of the step-mother, can feel a similar pain. Her objectification of a little girl shows how Kashmiri women are subjugated in their own society, not just by the men inside the Baktarbans (military armoured vehicles), but also by everyone else who considers women as a property, an object that is owned by a male member in some or other way.

For a free, democratic and progressive Kashmir, it’s important that the women of Kashmir not only fight against the colonisers but also against the patriarchy that denies them their just right to stand up and claim the right on half-the-sky. With incidents like the Uri gangrape and murder of the 9-year-old, every woman should take a pledge to intensify their struggle for liberation against the Indian colonisers as well as against the patriarchal setup that justifies the subjugation of women.

Uri gangrape and murder of the 9-year-old girl isn’t merely a blot on the otherwise blood-laced, wailing face of Kashmir, it’s actually a mirror that reveals a hard-to-digest fact to the people that Kashmir needs a new wave of feminist movement for freedom of those who hold half its sky; Kashmir needs freedom from Indian colonisation and feudalism but it also needs freedom from patriarchal domination.