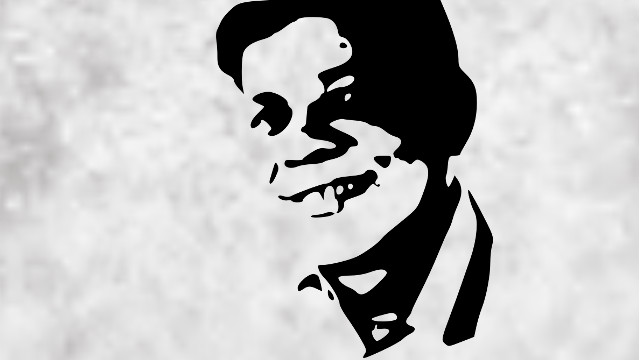 When the attention of the corporate-controlled mainstream media was fixed on the dramatic brawl between Prime Minister Narendra Modi and West Bengal Chief Minister Mamata Banerjee over the violation of the federal structure of India, a state-sponsored murder took place within a state-controlled institution in Kolkata. Sudip Chongdar (59), a Maoist leader imprisoned since 2010 under the draconian UAPA, died on 8 February 2019 due to deliberate medical negligence of the West Bengal government headed by Banerjee’s Trinamool Congress (TMC).

A cardiac and high blood pressure patient, Chongdar was not given his medicines by the authorities of the Presidency Jail (Correction Home), where he was imprisoned with other radical leftwing leaders and democratic activists. According to the jail authorities, there was a massive shortage of the required medicine, which took a toll on Chongdar’s health. Chongdar was lodged in solitary confinement and it’s reported that he suffered a massive stroke on 4 February and was found unconscious in his cell.

The reluctant jail authorities didn’t want to shift him to a hospital immediately and allowed his situation to deteriorate. Later, fearing a public reprisal, the TMC-led government ordered the police to take Chongdar to MR Bangur Hospital, where he was deprived of proper medical attention. There was a brain haemorrhage and Chongdar was allowed to die by the state that wants to purge its radical opponents physically before the 2019 general election, which is going to be a watershed moment in Banerjee’s life.

When Banerjee overturned her own government’s ban on political programmes near the Metro Cinema’s famous Y Channel in Central Kolkata’s Esplanade, by rallying against the Modi regime’s unconstitutional assault on her regime, then Chongdar was suffocating in his solitary confinement. It was the same time when Banerjee was yelling her lungs out to vociferously oppose what she called an assault on India’s Constitution and federal structure that her hypocrisy allowed a renowned fighter for the cause of the downtrodden and oppressed people to die slowly by denying him his due Constitutional right.

Chongdar happens to be the third leftwing political prisoner slapped with UAPA to have died in jail. Earlier, revolutionary journalist and publisher of Bengali People’s March — Swapan Dasgupta — was killed in jail custody by the CPI(M)-led former Left Front government in February 2010. He was arrested in October 2009 under the draconian UAPA law and was denied proper medical care during his custody. Tribal Maoist leader Ranjit Murmu and Tarun Saha were earlier killed in jail custody as well.

Though the CPI(M) and the TMC regularly exhibit their hostility, mostly through violence against each other, they are united in their approach, like any other parliamentary party, when it comes to the repression of leftwing revolutionaries who have been fighting for the emancipation of the people through extra-parliamentary methods. No difference can be found in the approach of the CPI(M) or the Modi regime in spreading xenophobia about “Urban Naxals” or torturing of arrested leftwing activists. Yet, they will cry in the same tune whenever their own face the wrath of the people’s discontent.

The recent spat between the Modi regime and the Banerjee regime started over the CBI’s sudden attempt to raid the Laudon Street-based official residence of Rajeev Kumar, a non-Bengali Commissioner of the largely-Bengali Kolkata Police. This public drama over state-vs-union popularised the name of Kumar, who has a strong connection with the death of Chongdar.

The CBI has alleged that the Kolkata Police chief didn’t pay heed to summons in the Chit Fund Scam case, where it’s alleged that the Special Investigation Team (SIT) formed by the West Bengal government soon after the gargantuan scam was unearthed, which he led, had tampered with crucial evidence.

The SIT was the first to enter the offices of the chit fund scammers and it sealed them after confiscating key files and documents. The CBI is alleging that at that time Kumar and his team members tampered with and removed much key evidence from the offices. Kumar vehemently denies the charges and Banerjee seconds her favourite officer unashamedly.

Though Kumar’s complicity in the Chit Fund Scam and shielding the who’s who of the TMC is now in folklore of the ruling clique, little is in public memory that Kumar played the biggest role in arresting Sudip Chongdar, during another point in time when Banerjee was a firebrand opposition leader harping for an opportunity to seize power using her rhetoric of “Poribartan” (change) and the state was ruled by the social-fascist CPI(M)-led Left Front with an iron fist.

Kumar was a part of the social-fascist CPI(M)-led sclerotic erstwhile Left Front government’s administration and a blue-eyed-boy of many parliamentary left leaders, including former West Bengal chief minister Buddhadeb Bhattacharya. Kumar played a crucial role in assisting the Left Front government to crush the genuine popular rebellion in the Jangalmahal region of West Medinipur district.

The Maoists played a key role in building up the anti-government movements by uniting the discontented tribal people, which, later, the TMC supremo usurped, to seize power in the state assembly election 2011. The CPI(M) had seen its nemesis in the uprising of the tribal people and the peasants in Jangalmahal, Singur and Nandigram, and thus, in each place, it deployed the infamous “Harmad Bahini” (mercenary force) to suppress the people’s movement with the help of the state power.

Chongdar, known by his nom de guerre Kanchan, hailed from Garbeta of West Medinipur district and was an activist of the SFI during his student life. He joined the People’s War Group in the 1980s and became the state secretary of the CPI(Maoist) in 2008 soon after the arrest of Somen, who headed the party in the state before him. Under Chongdar, the CPI(Maoist) started the massive people’s uprising in Jangalmahal’s Lalgarh, which epitomised the tribal people’s anger against the despotic social-fascist CPI(M).

The demolition of CPI(M) leader Anuj Pandey’s house and the arrival of Kishenji, the former Politburo member of the CPI(Maoist), brought a qualitative change in the Lalgarh agitation, paving way for the central government, then headed by the Congress, and the state government, then headed by the CPI(M)-led Left Front, to collaborate on launching a massive military campaign against the tribal people under the garb of former home minister P Chidambaram’s brainchild project – Operation Green Hunt.

A Special Task Force (STF) was created to unleash state terror on those who support the tribal people’s resistance struggle against the tyranny of the social-fascist CPI(M). Kumar was part of this STF and it arrested Chongdar and three others from Kolkata’s Maidan area in 2010. The captives were tortured by the STF during their custody period, however, not much information could be extracted from them. Though the initial plan was to kill high-ranking CPI(Maoist) cadres and leaders, not much could be done as the press came to know about the arrest and the civil rights movement became strong demanding the unconditional release of political prisoners.

Banerjee, then the opposition leader, was accused of being in a collaboration with the Maoists in Jangalmahal and Nandigram to receive their militant support in thwarting the CPI(M)-led Harmad Bahini’s attacks. Though the Maoists demanded that Banerjee and the TMC oppose the imposition of the UAPA by their coalition partner Congress and raise the demand for the release of political prisoners who faced the vendetta due to the CPI(M)’s cracking of whip on dissenters, she and her party, barring former MP Kabir Sumon, remained non-committal.

Though Banerjee and the TMC repeated the 1977 tactics of the Left Front to seize power in 2011 by promising a quick release of all political prisoners and provide justice to the aggrieved people, soon after the so-called “Poriborton” they backtracked on most of the promises. It was said that a “review committee” will be set up to judge the merit of the cases against the prisoners and they will be released; nothing was done in reality.

Police officers like Kumar, who switched allegiance immediately upon Banerjee’s ascension, became favourite of the regime and no action was taken against them for their past crimes, just like the CPI(M) promoted and honoured the ferocious and notorious police officers like Ranjit (Runu) Guhaniyogi, Ranjit Guha, Debi Ray, etc, who played a heinous role during the Naxalbari movement of the 1970s. Kumar became a mastermind for most of Banerjee’s pet projects of state violence, including the assassination of Maoist leader Kishenji in November 2011.

Today, when Chongdar is dead, murdered by the brutal regime of Banerjee, Kumar is portrayed as a victim by most of those who claim to be on the side of democracy and progress. While Chongdar’s death is neglected by the press as was his life behind the bars, Kumar’s story gets the focus and attention that it does not deserves. While Chongdar’s body was fighting death with its fragile strength, the press was highlighting how the patriarch of Indian crony and comprador capitalism — Mukesh Ambani — was praising Banerjee and probably hinting at her anointment as his favourite candidate for the prime minister’s post.

It’s true that the Maoist movement suffers its own set of opportunist deviations due to their adherence to the Gonzaloist theory, yet the struggle waged by its members and supporters have been directed against the end of oppression and exploitation of a handful of rich on the broad masses. It’s their cadre who have to die due to state violence and those who vocally support them have to face the state’s violent crackdown, which is unlikely to happen to other opposition parties.

Chongdar and his comrades, despite their deviations, remained committed to the cause of providing equality and justice to the common people, the oppressed tribal people, the workers and peasants. They didn’t choose an easy and comfortable life for themselves by misappropriating the people’s money through scams like Saradha and Rosevalley in which both Banerjee, the self-styled icon of honesty, or Kumar, the media-portrayed victim, stand accused.

Even in his death, by not demanding mercy or favours, Chongdar showed that politicians like him have a high moral ground, which is, unfortunately (or fortunately for the common people to be able to distinguish), never displayed by the parliamentary parties that are high on rhetoric and low on delivery.

At a time when India is fighting against the aggression of Hindutva fascism, which has labelled dissenters as “Urban Naxals” to persecute them, it’s indeed important that people choose their inspiration correctly. It’s time that we see the likes of Chongdar, despite their political errors, as leaders of honour and not those who have been fooling the people by forging an alliance with corporate powers to loot and plunder the resources and labour of India. It’s time we seriously demand a change, a “Poriborton” for the better, equal and just world for which Chongdar and many like him devoted their lives.