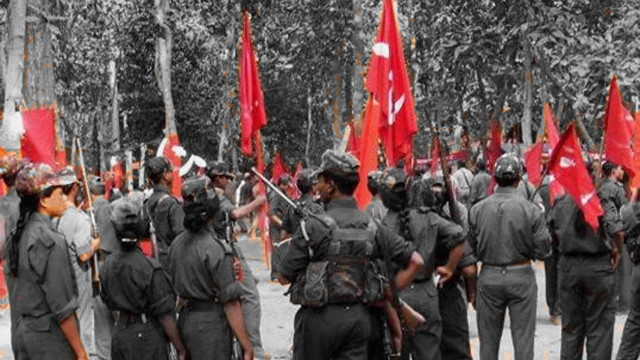 The Soil of Chhattisgarh is crimsoned again in the blood of the tribal people resisting the aggression of the corporate houses on their land, water and forests. According to reports, 10 (12, according to unofficial estimate) hapless tribal people, four men and six women, were killed in a fake encounter at Pujari Kanker of Bijapur district, near the border with Telangana, when a joint team of Chhattisgarh Police and Telangana Police launched a gruesome attack on them. The state machinery immediately branded these victims as Maoists following the police verdict, the mainstream media obliged the government and became a police mouthpiece. The human rights and civil rights organisations have condemned the state-sponsored violence against the tribal people and asked for an independent inquiry into the incident.

However, the state machinery, which is hyping and thriving on the ultra-chauvinist hysteria created over the death of a Greyhound commando, a force notorious for its excesses, torture, extrajudicial murders and persecution of the common people of Telangana and Andhra Pradesh, doesn’t looks like bending to the demand, especially when the BJP will capitalise the death of these tribal people as an achievement in its war against the indigenous people who are since resisting the attempts of the big corporate mining houses to grab their land and forests to exploit the rich mineral reserve that lies  beneath the surface of the earth.

Recently, three security force personnel were injured in an ambush with the left-wing insurgents when a joint team of District Reserve Force and Special Task Force raided a hillock between Mungari and Dulargufa. As the government forces had to retreat and the BJP government faced humiliation, they attempted to make up for the losses by killing unarmed tribal people in the Pujari Kanker area and then tagging them as Maoists to score brownie points. The Hindutva camp has already started drumming its achievements and the RSS men, online and offline, are celebrating the death of the tribal people, who are tagged as Maoists. There is a pressure on the paramilitary and police forces to kill much more to ensure a clean sweep of the southern parts of Chhattisgarh before the BJP goes for its pre-fixed polling exercise.

Chhattisgarh is a state that was carved out of Madhya Pradesh’s tribal-majority areas without any massive movements for a state. It was created by the Atal Bihari Vajpayee-led BJP government in 2000 to ensure the smooth handover of the rich mineral resources, that lies beneath the surface of the forests and villages of the state, to the big mining corporations, foreign and domestic. Ever since the formation of the state, the ruling BJP and the Congress have worked hand-in-hand to provide the mining corporations with an easy access to the state’s mineral-rich areas and they have been helping these mining conglomerates with the brutal military force it required to weed away the indigenous tribal people, especially the Gond community living in the southern parts of the state.

The signing of endless MoUs between the big mining corporations and the state’s government signalled the beginning of a new civil war in the state since 2004-05, when the Salwa Judum, a local military organisation was launched to lynch tribals and annex their land and evict them from the forests. The atrocities committed by the paramilitary forces and the Salwa Judum, including their new avatar, resulted in massive death, destruction and displacement of people. Thousands, including young, old and children were killed in the conflict, hundreds of women were raped, many went missing, while thousands of tribals are languishing in the prisons on false charges of being Maoist cadres.

Despite the government’s aim to flush out the tribals like weeds and to provide a sanctuary of plunder to the big corporate houses like Tata, Posco, Vedanta, Adani, etc. the left-wing extremist movement has spread like wildfire, as it’s within the anti-corporate militant resistance movement of the left-wing insurgents that the tribal people relied for avenging their humiliation by the Hindutva fascist state machinery and its mercenaries, and to stop the mining corporations from annexing the land and the forest they hold dear to their lives.

This is a sole reason that despite being wiped away from most of the states like Telangana, Andhra Pradesh, Bihar and West Bengal for their wrong policies, opportunism and adventurism, the Maoists found a strong foothold in the South Bastar region. The killing fields of Bastar and South Chhattisgarh are an example of a long-drawn battle waged by a state against the indigenous people whom it wants to exterminate and seize the land and forest that belong to them. Probably the civil war that is going on in Chhattisgarh and the resistance offered by the tribal people, despite facing a better armed and organised foe, is unparalleled in the history of the world.

It will be infantile to expect the violence and counter-violence ending soon in Chhattisgarh, as both the state and the Maoists will up their ante to gain prominence in the civil war. The fortifying of Chhattisgarh by the RSS-led Hindutva fascist government, the jailing of dissenters and critics of the government, the censorship on news reporting from the state’s conflict zone, the freehand provided by the government to the RSS and Bajrang Dal-led fascist hooligans to organise assaults on tribal stronghold and the militarisation of the state, second only to Kashmir, shows that the struggle for power between the corporate sponsored government forces and the tribal-backed left-wing insurgents will continue for a longer period and there will be far more killing of tribal people by the state to claim an upper hand in its effort to win victory. The demands raised by the pacifist civil rights organisations and other activists for a peaceful solution of the conflict between the government and the tribals will not bear any fruit because after 12 years of signing MoUs and after nine years of launching the large-scale war against the tribals, codenamed Operation Green Hunt, the Hindutva fascist forces cannot backtrack on its agenda of defeating the tribals.

Throughout India, the civil war in Chhattisgarh has divided the society along class lines, as the upper-caste elites, upper-middle class and privileged sections of the society will stand united under the banner of the state and support its brutal lynching of the tribal people as the colonisation of their forests and villages will help these elites and privileged urban Indians to make money from the jobs that will be created there and from allied services from which they will also make far more money than the poor tribal people who earn less than Rs. 50 a day to run a family. The poor and the oppressed people, the exploited workers and peasants will of course stand by the side of the tribal people in their resistance struggle, as the poor and exploited people of all parts of India very well understands that it’s the victory of the tribal people against the corporate houses that will bring them the real “better days” and let their children live freely.