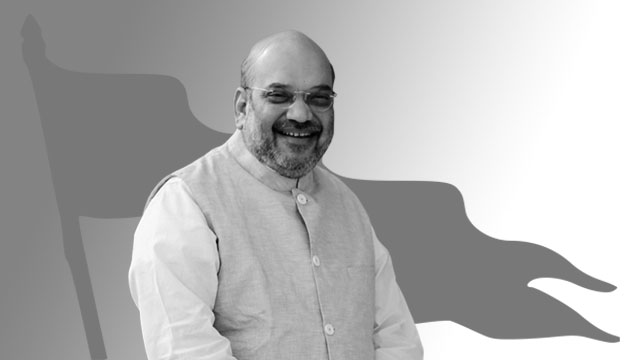 Union Home Minister Amit Shah is coming to West Bengal for a series of meeting with the state’s Bharatiya Janata Party (BJP) leadership on November 5th 2020. Originally BJP chief JP Nadda was supposed to tour the state and meet party’s leaders and workers in closed-door meetings. However, his tour was suddenly cancelled, while Mr Shah became a replacement. This sudden development signals a trouble brewing within the West Bengal BJP, at a time when the state goes to poll in a few months. The issue with the state BJP is of that magnitude that only Shah can be allowed to deal with it.

Prime Minister Narendra Modi and the Rashtriya Swayamsevak Sangh (RSS)––the BJP’s parental body and Hindutva fascism’s global fountainhead––stalwarts are hopeful that the saffron party will seize power in West Bengal in the 2021 polls, adding another feather to its cap. The BJP was a non-factor in West Bengal since its inception but has been growing at a phenomenal rate since Modi became the prime minister. Shah has played a crucial role in titillating the state’s ostracised Dalit community, especially the victims of partition, the backward caste Hindus (OBCs) and the tribal masses with Islamophobic vitriol. It helped the BJP to reap rich dividends in the Panchayat elections and the 2019 Lok Sabha election.

Shah will be accompanied by Kailash Vijayvargiya, BJP vice-president Mukul Roy and the West Bengal BJP president Dilip Ghosh. He is supposed to travel to East Medinipur district to meet the party’s booth-level workers. But behind such meetings, there will be other closed-door meets with the BJP’s who-is-who to convey some important messages, which the party needs to follow religiously. The West Bengal BJP didn’t clearly state the purpose behind his visit and the cancellation of Mr Nadda’s tour.

The West Bengal BJP has been marred in murky waters for a long time. As the party began its attempts to usurp power in West Bengal, since 2014, the contradictions within its rank intensified, especially between the hardcore RSS-rooted Hindutva fascists and the new-entrants who have been seizing key roles within the party. From sexual scandals to corruption over gas cylinders, the party got itself entangled in everything odd.

However, as the BJP emerged triumphant in the 2019 Lok Sabha election, raising its seats to 18 from two in 2014 and it became clear that it has a chance to sweep the assembly election and uproot Mamata Banerjee’s Trinamool Congress-led (TMC) government in the 2021 West Bengal Assembly election, the party saw intense infighting over organisational positions. The elevation of Roy, who was the co-founder of the TMC and later joined the BJP to save himself from chit fund scam inquiry, to the position of a national-level vice president of the party, fuelled antagonisms and Rahul Sinha, one of the early organisers of the party in West Bengal, expressed his displeasure openly, which is uncommon for those with RSS roots.

However, Shah’s visit has more to do with an issue of utmost importance for the Modi regime that’s suffering a defeat in West Bengal as the people are realising how the BJP is hoodwinking them. The Citizenship (Amendment) Act, 2019 (CAA 2019), was enacted by the BJP as per a plan of the RSS to achieve two major goals. Firstly, it wanted to drive a wedge between the Hindus and Muslims over the National Register of Citizens (NRC) exercise by portraying it as an “anti-Muslim” exercise, and secondly, it wanted to lure the Hindus, Dalits and non-Muslim poor with the CAA 2019, packaging it as a tool that will rescue them from the NRC but will, in reality, strip them of their citizenship.

By dangling the bait of citizenship through CAA 2019, the BJP duped the Matua community––one of the largest Namasudra or Bengali-speaking Dalit sect––that has suffered due to partition of Bengal. The displaced people living in West Bengal were promised citizenship through the CAA 2019 and Shantanu Thakur, one of the members of the Thakurbari, the descendants of Hari Chand Thakur who founded the Matua sect distancing it from the Brahminical norms, was given the ticket to the Parliament by the BJP.

The BJP chose Thakur to tantalise the Matua community so that it can be wooed with Hindutva fascist doctrine, which runs counter to the teachings of Hari Chand and his son Guru Chand Thakur, and also to befool them with the promise of Indian citizenship, which is demanded by the community, which has millions of members in West Bengal, with the CAA 2019. But as the Modi regime’s CAA 2019 lies are exposed in West Bengal by a plethora of organisations that recently came together, working as an eye-opener for the Matua community that considered the BJP as its rescuer, a new crisis started brewing as the discontent over not getting citizenship turned into bitterness against the BJP.

As the Matuas hold the key to power in many constituencies of the state, the West Bengal BJP isn’t in a stage to antagonise them before the election. Seizing the opportunity, Thakur has also admitted to his followers, as seen in a video posted online, that the BJP has failed to fulfil its promise on citizenship to the Matuas. The reluctance of the BJP in publishing the Rules of CAA 2019 also added fuel to the fire.

This proved the allegation against the BJP and the RSS regarding their attempts to disenfranchise a large number of Dalits, tribal people and OBCs. To handle the situation, the BJP roped in Nagpur-based RSS leader Subodh Biswas, a Matua himself, to dispel the fears of the community, but the Matuas didn’t believe him as well when he said the BJP must be trusted as the “only party that can give citizenship”.

Due to this challenging situation, the fissures within the BJP have widened and different factions are fighting to score brownies and secure their positions. Nadda, due to his inexperience in handling critical situations, couldn’t have handled such a complicated situation for the West Bengal BJP. This made the entry of Shah, as the trouble-shooter, inevitable. Shah played a key role in having the CAA 2019 placed as a beacon of hope for the refugees, but without revealing its true content. Now it’s upon him to resolve the impasse and lure the Matuas to the BJP.

Can Shah successfully douse the fire of discontent? Can the Matuas allow the BJP to fool them yet again by luring them with citizenship? It needs to be seen how Shah’s visit to the state will help the West Bengal BJP, as it faces a unique threat from within than from its rivals.