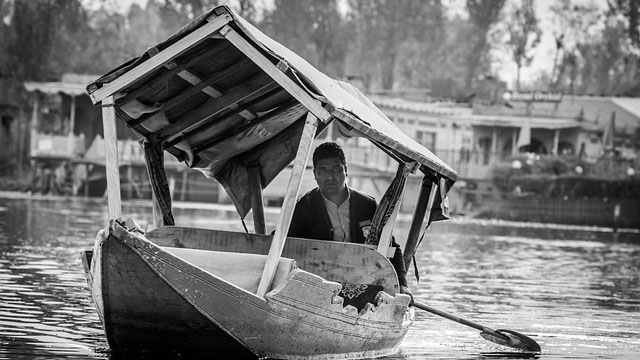 Through “The Union Territory of Jammu and Kashmir Reorganisation (Adaptation of Central Laws) Third Order, 2020”, issued on October 26th 2020, the Ministry of Home Affairs (MHA) has repealed Jammu & Kashmir’s 12 land ownership-related laws and amended 14 more to pave the way for any Indian citizen to buy land in the United Nations-recognised (UN) disputed territory. The MHA order on Jammu & Kashmir land ownership also allowed the Indian armed forces to annex any land there and empowered the government to seize any land and property for “industrial” use by big foreign or domestic corporate houses. Ironically, this order came on the very day the former reactionary monarch, Maharaja Hari Singh, executed the Instrument of Accession with some minimal assurance of autonomy.

Soon after the MHA order on Jammu & Kashmir land ownership was publicised, it drew the ire of the Kashmiris as well as Jammu residents. Protests started in different parts of the former princely state. This order is considered as the second-biggest attack on the Kashmiris by Indian Prime Minister Narendra Modi’s Hindutva fascist government since August 5th 2019, when the former state of Jammu & Kashmir, which is under Indian military control, was bifurcated into two union territories, and its status as a semi-autonomous state in India––albeit on papers––was altered by abrogating Article 370 and Article 35A of the constitution.

Modi’s Bharatiya Janata Party (BJP) has pursued a jingoistic policy regarding Kashmir since its inception. To titillate its rabid Hindutva fascism-incensed upper-caste vote bank, the BJP has promised the abrogation of Article 370 and Article 35A since 1980. The BJP claimed, following its parental body Rashtriya Swayamsevak Sangh’s (RSS) policy, that the abrogation of these articles would help integrate Jammu & Kashmir with India. It blamed the far-right Congress party for its wrong Kashmir policy and advocated brutal subjugation of the people using the Hindutva fascist juggernaut backed by India’s military prowess.

The RSS has planned to set up settler colonies in Muslim-majority Kashmir to change the demography of the disputed territory and establish a Hindutva fascist hegemony there. This is a replication of the Zionist settlement-occupation of Palestinian territory and thereby committing one upon another cultural sacrilege against the people. The abrogation of Article 370 and Article 35A helped the BJP to take away the limited autonomy the erstwhile state enjoyed, like determining a permanent resident of the state, who would have right to buy and sell immovable properties in the state. Despite Modi’s rhetoric over “national integration”, it was alleged that the abrogation of Article 370 and Article 35A helped his corporate sponsors to grab land in the state.

Though the BJP and the RSS had propagated that Indians can buy land in Jammu & Kashmir soon after abrogating Article 370 and 35A, it was apprehended by many that while the Modi regime will help to establish settler colonies, using the military, in militancy-hit Kashmir, in Hindu-majority Jammu, where the saffron camp has a considerable presence and enjoys popularity––as the RSS helped many West Pakistan refugees to settle in Jammu in1947 after a large-scale anti-Muslim genocide that killed 200,000 Muslims––it will encroach upon the land on behalf of corporates. This was the sole reason why Article 35A was abrogated and in the post-bifurcation phase, the newly-organised union territory of Jammu & Kashmir has been offered a toothless, rubber-stamp legislative assembly.

More than Kashmir valley, the abrogation of Article 35A hurts the interests of the people of Hindu-majority Jammu, as most corporates won’t invest in Kashmir fearing militancy, but can acquire land in relatively peaceful Jammu. Also, as the land will be open to everyone, there will be a spurt of real estate activities, even though the banks aren’t able to provide credit to developers, which will result in rampant land acquisition by unscrupulous land sharks, mostly RSS and BJP men.

In Kashmir, this new MHA order on Jammu & Kashmir land ownership will be used to seize properties of people who protest against the government and Indian occupation to drive them out of the valley and use their land and property to settle military personnel, through whom New Delhi wants to change the demography of the region, turning it into a Hindu-majority one to secure its grip. Gradually, New Delhi wants the fear of losing land and property to “public purposes” percolate down to the grassroots and desist the Kashmiri people from demanding freedom.

The new MHA order on Jammu & Kashmir land ownership negates the land reforms in the state initiated by the National Conference under Sheikh Abdullah, its founder, in 1950. It helped many landless Kashmiri Muslims, who earlier worked as landless labourers for the rich Kashmiri Hindu feudal landlords, to get land rights. In 1976, amid the National Emergency, another set of land reform took place. Such reforms imposed an upper ceiling on land ownership and right to the tiller. Though they didn’t end feudal oppression, these measures were relatively progressive than what was done throughout India.

Now that the same land rights are taken away through the new MHA order on Jammu & Kashmir land ownership, it’s likely that the land ownership in the state will again concentrate in the hands of a few big feudal landlords, who, in collusion with the state and the big comprador capitalists of India, will command the rural heartland of Kashmir and impose a very regressive, reactionary rule on the people. As the BJP is the only party that’s allowed to operate with impunity in Jammu & Kashmir, it’s impossible for other political outfits, especially the progressive, democratic and anti-fascist forces, to build up mass movements as the military’s unchallenged hegemony and the police state will suppress them.

India locked down Jammu & Kashmir for more than a year and even kept it incommunicado for most of the time, snapping telephones, mobiles, internet, so that the locals can’t communicate their pain to the world outside. After a three-decade-long brutal military dictatorship, New Delhi’s manoeuvres have led mainstream Kashmiri politics to a new stage, where it’s demanding a return to pre-August 5th 2019 status, return of Article 370 and Article 35A, which is going to eclipse the demand of “Azadi”, or freedom, raised by the separatists. The mainstream politicians of National Conference and People’s Democratic Party (PDP), who were rebuked and despised by the Kashmiri people for their complicity in violence against the people, are now trying to hoodwink the Kashmiris by playing the victim card showing their incarceration for a few months in luxury villas. They are making a comeback and using the new MHA order on Jammu & Kashmir land ownership to demand Article 370 and 35A, though both are toothless.

In such a situation, the new MHA order on Jammu & Kashmir land ownership plays a double role. On one hand, it helps the BJP’s corporate donors and the military to acquire any land, anywhere, with brute force, on the other, it helps the mainstream political parties, including the Hindutva fascists like National Panthers Party, to raise the tempo and demand the undoing of bifurcation of Jammu & Kashmir, and a return of Article 370 and Article 35A. It’s a fact that Jammu & Kashmir never enjoyed any autonomy in its period of existence, but it kept losing its independence to India since the monarch gave the territory to India without consulting the people. What’s truly going to help Jammu & Kashmir isn’t going back to the previous stage, but ahead.

But the road ahead can’t be traversed by the parties like National Conference or PDP, who have betrayed and stabbed the Kashmiri people several times. As the people will realise the depth of the threat posed by the new MHA order on Jammu & Kashmir land ownership, they need new leadership, a new agenda and a new struggle to realise their long-cherished dreams of democracy, freedom and equality. These will remain unachievable under the vassals of New Delhi, and, therefore, a new type of organised, visionary and independent organisation is needed to steer the people’s movement in Jammu & Kashmir. Until it materialises, the region will oscillate from one realm of utter disarray to another in an unending loop.