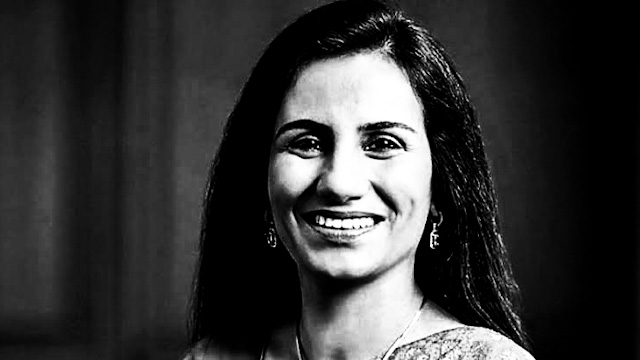 The rise of women to positions of power can be called an important development in the world’s extremely skewed gender representation, however, it can’t be called empowerment of women, forget a victory of feminism.

Ever since the gender rights movement throughout the world started growing stronger in recent years, the big corporations of the capitalist world, the sharks that have savoured on human blood and flesh for years, have all started giving extra importance to gender issues by adopting extremely hollow, trite and inept policies regarding gender.

The corporate world erected their own goddesses, who are often shown as symbols of capitalism’s gender fairness and impartiality. The facade, however, falls off quickly, like an ancient Bombay building whose tired and worn-out girders and columns fall off suddenly when the rain lashes the city incessantly.

Such is the case with the modern icons of ‘women empowerment’, whom the corporate world and the mainstream eulogise and about whom they try to create a rags-to-riches narrative to prove that capitalism doesn’t shut the door on anyone, irrespective of their caste, class, gender or race.

If we see our very own Chanda Kochar, the former head of the ICICI Bank, then we may recall the same old story of the girders and columns of the colossal Bombay building falling off to end a long story. What happened to her was inevitable due to the inherent corrupt character of capitalism of which she has been a small, yet effective pawn for years. As she over lived her shelf life, the girders didn’t miss the target.

Throughout her tenure as the head of the ICICI Bank, Chanda Kochar, who is found to be a strong supporter of the BJP due to their shared Hindutva ideology and love for neo-liberal economic agenda, had been hailed as a modern icon of women empowerment in India.

Along with the likes of fascist dictator Indira Gandhi, Catholic preacher Mother Teresa, former president Pratibha Patil, Bollywood diva Priyanka Chopra and Pepsico CEO Indira Nooyi, Chanda Kochhar made to the list of influential women of India in most of the International Women’s Day PowerPoint presentations made by big corporations to pay lip service to the cause of women empowerment.

For someone naive to the realities of gender rights in India, someone devoid of any idea about how gender rights are trampled over by the institution of ancient feudal and Brahminical patriarchy in India, such a PowerPoint presentation may be a morale booster, however, for those who know the reality of gender relations at the grassroots, those who have been struggling for gender equality and justice, a mere mention of such characters as the signage of women empowerment will abet puking.

Who can call Indira Gandhi an empowered woman and not a dictator? How is Mother Teresa an epitome of women empowerment when she, in reality, was an ardent opponent of feminism, abortion and women’s equality to men? How much gender equality reigns in Bollywood when every other day one or the other budding female actor accuse men of sexually abusing them?

How can the corporate world, which is not only dominated by men but where the men are actually highly paid than the women, be called the symbol of women empowerment? As we see, neither of them are the platforms where the modern women can attain empowerment and unshackle herself from the patriarchal order.

Recently, the idol of Chanda Kochhar fell from the sanctum sanctorum of the ‘women empowerment’ temple due to her alleged involvement in a Rs 32.50 billion scam, which also involves her husband Deepak Kochhar and Videocon owner Venugopal Dhoot.

Chanda Kochhar had been perched at the highest echelon of power in India’s largest private bank– ICICI. However, even after enjoying such immense power, fat pay cheques and living a luxurious life, she felt the urge of getting involved in corruption, as the CBI investigation against her is alleging.

What was the need for Chanda Kochhar to help Venugopal Dhoot get a loan from her bank, much of which would turn into NPA around 10 years later? One may draw the analogy of capitalist corruption engulfing everyone irrespective of their gender, however, such simplification, though valid, can’t provide a view of the bigger picture.

On 1 May 2009, Chanda Kochhar became the ICICI Bank chief, and between June 2009 and October 2011, ICICI Bank sanctioned six high-value loans to various Videocon companies, as per Business Today. She was reportedly a part of the very sanctioning committee which had approved a loan of Rs 3 billion to Videocon International Electronics Ltd (VIEL) and Rs 7.5 billion to Videocon Industries Ltd (VIL).

The VIEL loan was sanctioned on 26 August 2009, three months after she took charge. The amount was disbursed to the account of the VIEL on 7 September of the same year, out of which Rs 640 million was allegedly paid by Venugopal Dhoot to NuPower Renewables Ltd (NRL), a company owned by Chanda Kochhar’s husband Deepak Kochhar. NRL was reportedly in the business of power and it’s reported that this was the first major capital it received to acquire its first power plant.

Now, returning to the topic– why would someone like Chanda Kochhar take a plunge into the mire of corruption and scam within months of joining the top office? Was she acting on her own to help Venugopal Dhoot or the latter approached her through her husband? It’s most likely so. The entire deal was an attempt by a woman, hyped as an icon of empowerment, to help her husband acquire capital for his business. Can this happen without the patriarchal institutions pulling the strings? No, it couldn’t have.

However powerful few women (and stress the word- few) may become in the capitalist system and in its power corridor, at the end of the day they remain servile to both capitalism (which is inherently patriarchal and misogynist) and the very institution of patriarchy that ties up their lives through numerous threads.

Most of the women in power, worshipped like goddesses by those who hype them as a symbol of women empowerment, are actually acting as a proxy of their dominant male patrons. Thus, the politician husband uses his wife as a political proxy in a constituency reserved for the women; a business tycoon opens different foundations and CSR organisations with his wife or daughter at the helm so that these organisations can be used for money laundering; a stock investor may place his wife, sister, daughter or any woman, he can control, in a crucial position of those industries where he would like to invest, and many people do use the clout of their banker or bureaucrat wife, mother, sister or daughter to settle their own businesses.

Thus, the politician husband uses his wife as a political proxy in a constituency reserved for the women; a business tycoon opens different foundations and CSR organisations with his wife or daughter at the helm so that these organisations can be used for money laundering; a stock investor may place his wife, sister, daughter or any woman, he can control, in a crucial position of those industries where he would like to invest, and many people do use the clout of their banker or bureaucrat wife, mother, sister or daughter to settle their own businesses.

Unfortunately, the flight of corporate feminism and women empowerment always crash with a nose dive because that’s how capitalism is programmed and it’s its nature to breed and consolidate patriarchy and its institutions. Some new coat of colour over the old girds and columns may not make them appear as grotesque as they would be otherwise, still, at the end of a heavy monsoon the paint will give away and the facade will collapse, as it’s supposed to be.

Chanda Kochhar may be found guilty of corruption by a court of law, however, capitalism is already been found guilty and is awaiting punishment, to deliver which, the women need to come ahead because beyond capitalism women will be really free and equal in the society. Capitalism is evil and it’s time that through our collective action, we hasten its doom.