Recently, the rate of images, videos, and stories of Uyghur persecution by the Chinese state have flooded mainstream and alternative media outlets. Amazingly, this has untied the competing and often conflicting Muslim camps such as Sunni-Shia, Ikhwani (Muslim Brotherhood)-Salafi. A large amount of Western mainstream media has also supported the cause of calling out the Chinese government for oppressing the Muslims in Xinjiang province. So far, this has been a successful campaign for Muslims across the world from different ethnic and sectarian backgrounds to commonly untie against the Chinese.

However, a lot of these accounts that supposedly prove Chinese oppression have been questionable. For one instance, a video appeared of a supposed Uyghur woman being forced to dance by a Chinese soldier who supposedly has replaced her husband in her bedroom. Later, it was suggested that the video was a Chinese man making a TikTok video with his mother. These sort of unverified videos and images are circulating across social media platforms. Even in some cases, videos from Indonesia, Myanmar, and other places have been shared with a caption marking it as Uyghur oppression in Xinjiang.

Also, other stories of the Chinese Communist Party (CCP) attempting to re-write the Quran are garnering anti-Chinese sentiments with online Muslims. However, the magnitude of this task and the physical constraints are far too high for the CCP to even consider this as a realistic option. One must remember the traditional practice of Hafz, the memorisation of the Quran, and there is a sizeable number of people residing in China who are Hafiz of the Quran.

The official narrative promulgated by Western mainstream media started with 120,000 Uyghurs being held at “re-education” camps. Then it moved on to multiply the number to 1 million and some instances exceeding 3-10 million. This was initially broadcast in 2018 in a report released by Radio Free Asia. Later, it was broadcast by “Chinese Human Rights Defenders”, “The Jamestown Foundation” and the National Endowment for Democracy, an extension of the US State Department. These human rights watchdogs often based in America have used catchwords such as “mass internment”, “concentration camp”, and “religious persecution”. These play a vital role in mobilising public sentiment against the Chinese authorities.

Despite the unrealistic projection of these numbers, public sentiment is towards the “oppressed Uyghurs”. The call from online active Muslims has been to ask the West to intervene and save the Muslims from the oppression of the Chinese communists in a similar fashion to those of Libya, Syria, Iraq, Afghanistan, and elsewhere. The results of each of those haven’t been so good for the Muslims in those lands, rather aggravating the suffering of their populations due to power vacuums created by the Western interventions.

The majority of the online Muslims have very little knowledge about China or their fellow Muslim brethren in China. There around 10.5 million Hui Chinese Muslims residing in China today. They are not bound to one geographical location, they are all around Chinese mainstream cities and regions. They are very well integrated into Chinese society. Further, they are the largest Muslim ethnic group in China. Now surely if the Chinese state were an Islamophobic entity, they would surely have targeted the largest Muslim group?

However, the Chinese Communist Party has previously banned Sexual Customs (Xing Fengsu) (1989). This book degraded and misinterpreted Islam and was subsequently banned by the Chinese state due to its hatred towards Islamic culture. On the contrary, to whom the online Muslims are calling upon for help, the West has celebrated “The Satanic Verses” (Salman Rushdie) (1988). In some reports, the Chinese government even hosted public book-burning sessions for the large Muslim population of China as a symbol for defending their faith and culture.

The difference here is that a faction among the Uyghur population who are not ethnic Chinese people but are from Turkic descent have had separatist movements for quite some time and dissidents from Xinjiang have as a result moved to and sought refuge in Turkey (Muslim Country and NATO member state). From there, the East Turkestan nationalist separatist movement accumulated support. Furthermore, since the Syrian Crisis and the rise of ISIS, some overzealous individuals bought into the promises of the terrorist outfit and have even joined forces in Syria-Iraq. Since the demolition of ISIS, many of them have returned home to Xinjiang. Now, ISIS is an internationally recognised terrorist group, the members and their ideologies are a threat to national security for any country in the world.

Furthermore, China has recently started to import oil from Kazakhstan. The pipelines and the supply of the oil go through the Xinjiang province. Hence, a major disruption or even terrorism in these areas would severely hamper Chinese oil supplies. Although China’s primary oil supplier is Saudi Arabia, the role of Kazakh oil in the Chinese economy is only growing. This may indicate the importance of this province and China’s diversification policies.

The Uyghur nationalists and dissidents have often been hosted by the American NATO members, for instance, Rebiya Kadeer, a famous dissident and a multimillionaire now residing in Virginia, United States. She has often spoken against the Chinese treatment of her native Uyghur people. She assumed the leadership of the World Uyghur Congress and has been in one of the leading positions in “defending” Uyghur rights.

Furthermore, since the Soviet-Afghan war and the rise of Islamic Jihadism a doctrine completely alien to the principles of Islamic teachings has found ground in various corners of the Muslim world. The minority Muslims living in impoverished conditions residing in non-Muslim countries have been subjected to the neo-Salafi ideology which often leads to the teachings of Sayyid Qutb and other political-Islamic preachers. Similar parallels can be seen in Chechnya in their uprising against the central Russian authorities.

There has been another video circulating on social media which shows Chinese authorities forcing Muslim shop owners to take down the Arabic letters حلال that say Halal, which translates to permissible, i.e., permissible for Muslims to consume, with the letters 清真 QingZhen, which is a translation of the Arabic word. However, the video shared on a Muslim news platform showed the part of the Arabic word being taken down. Some may consider this extreme from the Chinese authorities, however, it is explained in Chinese sources that this is a step to protect the local culture and to combat the dangerous ideologies of Pan-Arabism and fundamentalism which undermine nationality.

“O you mankind, surely We created you of a male and a female, and We have made you races and tribes that you may get mutually acquainted. Surely the most honourable among you in the Providence of Allah are the most pious; surely Allah is Ever-Knowing, Ever-Cognizant.” – Al Quran 49:13.

Various تفسير‎ Tafseer (interpretations) suggest this verse and consequently, traditional Islam do not necessarily preach absolute uniformity and complete homogeneity in terms of nationhood, rather they teach respect for all nations. It provides them with various basic codes and laws that are to be maintained.

Various حديث‎ hadith (sayings of Prophet Muhammad) also suggest respecting and celebrating different cultures. However, the teachings of Sayyid Qutb, Muhammad ibn Abdul Wahhab and various other Islamic revivalists or reformists would disagree. The reformists, or the Salafis and the Ikhwanis, would vehemently argue that any forms of innovations for Muslims are prohibited and these strict, intolerant preachings are the traits of them. The Chinese authorities justified the removal of the Arabic letters for the Chinese letters, and that’s how it was explained.

This might be extremely cautionary, but the dangers posed by the followers of Qutbism and Wahhabism constitute greater national security threats. The strategies employed by the Chinese authorities may not exactly help their cause in the long run, for instance, these may be painted as anti-Islamic methods. However, the reasoning behind these steps is understandable, and they are not how the mainstream media and online Muslim forums are deeming it to be, they claim is Islamophobic.

To conclude, there are various reports that are fabricated to push an agenda that is far from reality. The reports, images, and videos represent a false narrative. From that, the readers and the people must endow vigilance in these cases. The internet can often be flooded with misinformation. However, some of the policies adopted recently by the Chinese authorities are harsh and may require revision such as the policy of removing Arabic letters, which may not reduce extremism in Chinese Muslim societies. These may be seen through victimised lenses and may even allow others to promote the very ideologies that the Chinese authorities are attempting to combat.

This article was originally published on Qutnyti with the title: The Chinese Government & Their Treatment Of The Uyghurs: Fact Or Fiction? 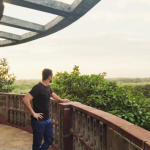