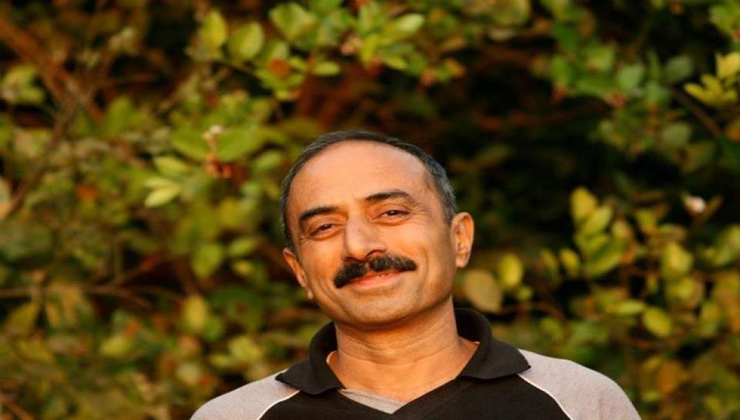 The Ministry of Home Affairs led by Narendra Modi aide Rajnath Singh, veteran RSS activist and strong follower of Hindu fascist doctrine, finally terminated Sanjiv Bhatt, an IPS officer who defied the orders of Modi during the 2002 Gujarat Muslim genocide carried on by the BJP-RSS-VHP- Bajrang Dal combo. Mr. Bhatt also exposed the role of the Gujarat administration, especially the police force, which not only remained mere spectators during the communal genocide, which killed more than 2000 Muslims in Gujarat, then led by Modi’s BJP government, but also participated in supporting the perpetrators of the massacres by actively providing them safe passage and blocking the exit routes through which the panic stricken Muslim families could have fled troubled areas.

Sanjiv Bhatt, a 1988 batch IPS officer, attended a meeting chaired by then Gujarat Chief Minister, Narendra Modi, in which the Chief Minister asked the police chiefs to let the Hindu fascists vent their anger against the Muslim people in the backdrop of the Godhra train carnage, which was alleged to be a handiwork of the saffron fascists to flare up communal tension. This news was first exposed by Narendra Modi’s onetime aide Haren Pandya, who was mysteriously killed after he felt from the grace of his master. Sanjiv Bhatt, while exposing the role of the Gujarat government led by Modi in the 2002 Gujarat Muslim genocide case, also alleged that during his ‘punishment posting’ at Sabarmati Jail, where he was immensely popular among the inmates – who protested vehemently his transfer from the jail, Asgar Ali, the principal accused in the Haren Pandya murder case informed him that it was Tulsiram Prajapati, who actually killed Pandya. Prajapati was earlier killed in a fake encounter case. While Bhatt reported this to then Home Minister of Gujarat, Amit Shah, who is at present the head of the BJP, he was immediately transferred from there. It is alleged that the contract to kill Pandya, who opposed the communal polarisation drive of the Modi government from within the cabinet, was provided to Sohrabuddin Sheikh, whose withdrawal from the assignment brought the job to Tulsiram. Both Sohrabuddin and Tulsiram were killed by the Gujarat police as per the order of Amit Shah, as the ex IPS officer D G Vanzara, who investigated the Pandya murder alleged.

Later the Gujarat government under the leadership of Narendra Modi suspended Bhatt over his ‘absence from duty’, and restarted the cases against him for custodial deaths, that happened when he tried to control the Jamnagar riots in 1990. The government also humiliated him, tried to intimidate him on different occasions, and placed an ex-parte investigation team, which was constituted to frame Bhatt by hook and crook to set an example for others who express dissent within the government machinery.

Commenting on his dismissal from service, Mr. Bhatt stated that the inquiry was done in haste and in ex-parte manner without giving him reasonable opportunity to fairly defend himself “against the machinations the highly vindictive apparatus that worked at the behest and instance of the Government of Gujarat.”

It is very clear to the country and its politically conscious population that brand Modi and his coterie survives on politics of servility and cannot digest any form of dissent from any quarters. The BJP-RSS pro corporate regime led by Modi and Amit Shah started practicing intimidation of all forces that oppose their rule and questions their policies. They zeroed in on Teesta Setalvad, an activist fighting for the justice of the Gujarat genocide victims of 2002, who has caused too much inconvenience for the BJP-RSS-VHP-Bajrang Dal combo in the national and international sphere by exposing their notorious deeds of massacre in public. The CBI pressed charges against the activist and her husband on shabby grounds and tried to humiliate them through their lackey corporate media.

The Modi led BJP government is all set to rule India on behalf of their corporate fundraisers and serve the interest of the multinational corporations and their Indian agents like Ambani, Adani & Co. In order to serve the interest of the big capitalists and landlords, Modi requires absolute obedience and loyalty not from the political and bureaucratic ranks of the nation, but also from the large sections of the people, whom the RSS-BJP considers its subjects on whom their Hindu fascist kingdom will rule. Whatever or whoever challenges this notion of absolute loyalty and compliance is considered as an enemy of the ‘national interest’, i.e the interest of the capitalists and feudal landlords to plunder and loot the nation along with foreign monopoly capital.

Sanjiv Bhatt, remained a long surviving dissenter for the Modi government that considered him a thorn in its eyes. At a time when police force means brutal oppression against the poor, intimidation of the minorities and Dalits, vindictive measures against the minority communities, fake encounters, living on bribes and progressing on the career graph by boot licking senior officers and political bosses without questioning the wrongdoings of the system; Mr Bhatt made a difference by keeping his backbone straight within the very bureaucracy that survives on servility among other characteristics.

On being dismissed from the IPS by the MHA, Mr. Bhatt said on his Twitter wall: “The only way to deal with a vindictive government is to become so absolutely unafraid that your very existence becomes an act of rebellion”. His Facebook post saying – “They tried to bury us. They didn’t know we were seeds.” In this post, he tagged Teesta Setalvad with Rahul Sharma. The son of Mr Bhatt claimed to the media that he is proud that his father has not surrendered to the subverted system.

Though the BJP- RSS government led by Modi and his associates tried to set the dismissal of Sanjiv Bhatt as an example for those who dare to dissent against its tyranny, the people of the nation, especially the politically conscious and progressive people from all walks of life protested vehemently over the online and offline space against the dismissal of an officer like Sanjiv Bhatt, whose contemporaries are now in the rank of DG whilst he remained in the rank of a SP for years.

The action has consolidated the voices of dissent against the most fascist regime of the country and its ring leaders. The fascist skin of the Modi regime is quite well visible to the masses at this point of time as the cloak is shedding slowly from it.