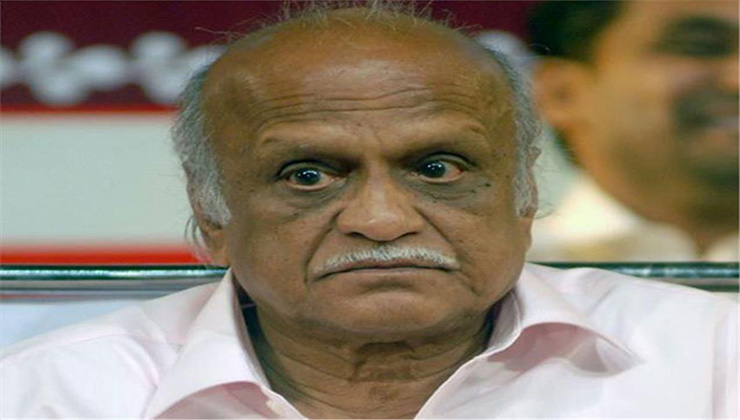 Renowned TV journalist and NDTV Prime Time host Ravish Kumar came under severe attack from the Hindutva fascist groups, for his remarks against the parent body of the Indian fascist forces, the Nagpur based Rashtriya Swayamsevak Sangh. In his show Ravish Kumar spoke about the danger with which the rightwing forces are aggressively pursuing the vendetta against the left, progressive and liberal voices in the country.

The saffron right-wingers started hurling abuses at Kumar for his remarks, calling him ‘anti-national’ as per the standard operating procedure of the IT firms hired by the RSS to carry on its social media campaigns and bullying.

Despite the abuses and the threats on Ravish Kumar, there were no significant protest from the progressive quarters or the journalist brethren against such policy of intimidation. Rather most of the journalists from the mainstream corporate media groups started showcasing their extreme loyalty towards the regime of Modi and the idea of “India” formulated by the RSS and its affiliates.

Journalist and writer Nikhil Wagle also received death threats from the radical Hindu fascist organisation, Sanatana Sanstha, which is alleged to be involved in the murders of rationalist Dr. Narendra Dabholkar and Govind Pansare. The Sanstha mouthpiece has denounced Wagle and he is receiving death threats continuously from the supporters and activists of the Sanstha. The Sanatana Sanstha was founded in the early 90’s to preach Hindu traditions and propagate superstitions among the people of Maharashtra.

Wagle, as a fearless reporter has criticised the fascist policies of several right wing groups including the Shiv Sena in the past, and was physically assaulted by the Shiv Sena for such standpoints that he had taken. Despite several attacks on him and his office, Nikhil Wagle stood by his reporting standards without capitulating to the threats and intimidation by the fascists.

The Hindu fascist forces recently gunned down the noted academician M.M. Kalburgi at his home in Dharwad in Karnataka, an incident which was rejoiced by a Bajrang Dal leader on social media, however, the police force of the Congress ruled state is trying to probe the angles of property dispute behind the murder to toe the line of the RSS, which has strong presence in the region. Kalburgi was a noted critique of the Lingayat community, a strong upper caste Hindu sect that found his writings on its patron saint offensive.

Noted rationalist, writer K.S. Bhagwan has also received death threats from the Hindu fascist organisations as Mr Bhagwan criticised the Hindu papal icon Shankaracharya in his book that was published in the year 1985.

The above incidents are manifesting the recent trends of fascism in India, which since the establishment of the Modi Inc regime is adopting a very aggressive posture than what it did in the previous years. The violent attacks on the dissenters of the government is nothing new in India. The Congress under Indira Gandhi mastered in the act and used it to suppress all form of dissent and opposition within the country. The Modi government, inspired by the past records of its bete noire, did escalated the repressive measures on the representatives of the dissenting quarters manifold. The covert support of the government, the historic ineffectiveness of the state machinery in curbing radical Hindu terror, the political patronage provided by the ruling clique of large corporate houses and feudal forces provide the fascist wing members and supporters the edge to intimidate and threaten those of the progressive quarter.

Commenting on Twitter regarding the concern raised by the people on his security, Nikhil Wagle expressed his displeasure and lack of trust on the government assigned police force, which he claimed remains mute spectator when the fascist hoodlums launch assault on the dissenters.

The comment is credible, as the police force and the administration of the country, generally consists of the members of the upper caste Hindu community in them, and due to their socio-economic position in the society, these personnel also carries prejudices against the liberal voices. In several occasions, the police force of different provinces unapologetically manifested their Brahminist, misogynist, and reactionary outlook. The forces are incapable to protect the progressive people reeling under the threats from the fascist quarters simply because their personnel carries excessive grudge against those progressive voices.

Due to the ineffectiveness of the administration to deal stringently with the hate mongers and fascist intimidation, it is very imperative for the progressive and democratic forces of India to initiate an intensified campaign against the fascist menace, unite the people and protect the victims. However, on many occasions, including that of the incident surrounding Ravish Kumar, the left and progressive forces could not stir up a countrywide agitation against the threatening and intimidating campaigns of the RSS supporters. Rather, the left and progressive intellectuals over the social media remained busy in analysing the salary range of Ravish Kumar, his living standard, the number of air conditioners at his house, etc. They criticised Ravish for working with the corporate media, being “imperialist stooge” to whatever they could, without dealing with the principal issue, whether the aggressive threatenings and intimidations by the RSS supporters should be condemned or not? Whether the BJP-RSS assault on freedom of speech and expression should be combatted or not?

It will be quite infantile to escape from the fundamental questions, the problem of fascist threat and intimidation and the collapse of civil liberties, and discuss on the class character or the family relations of the victim. Despite Ravish Kumar being a representative of the rich, an employee of the corporate media owned by the representatives of the ruling classes, he is still the victim of fascist lumpency on the internet. The duty of the progressive forces is to oppose the intimidation, to resist and combat the Hindu fascist aggression. Without doing this, if the so called intellectuals of the ‘left’ keeps on mongering their theoretical babbles, the fascist forces will gain competitive edge against them, which is exactly what Kumar recently told the Scroll during an interview.

The left and progressive intellectuals must switch on an assertive mode to combat the threats from the RSS quarters, and to achieve such a mode it is first imperative to form an alliance with like minded people and gain popularity among the masses. There cannot be any ideal unity without contradictions between the elements of the united matter, and hence, by accepting the presence and continuance of such inner contradictions, the left and the progressive sections must seek a way to forge a close and strong alliance against the fascist forces.

It is now imperative for the left and progressive people to build up a broad based anti fascist block, not on social media, but in the real world, by integrating all of those anti fascist forces that oppose and dissents with the Hindutva fascist agenda of the RSS. This requires them to look at the present scenario with much seriousness and adopt a proactive policy of integrating with the people, campaigning among the people for the people, and wean away the support base of the BJP among the working class and the poor-peasantry of the country.

The RSS is the real and clear danger for the people of India, as much as Taliban is to the Pakistani and Afghan people, or as much the ISIS is a peril for the Syrian and Iraqi people. Through its political mass organisation, BJP,the RSS leadership wants to rule over the country and implement its hardcore anti-people fascist policies, and 2014 gave them an ample opportunity to grasp the chance to begin its journey with a strong parliamentary majority. Now they even have the extensive support of the corporate houses of all hues and the entire Brahminical upper-caste Hindus of the country, which the saffron groups are milking to usurp absolute power in the country.

The RSS has already brainwashed a large section of the Hindu community to ensure future polarisation of votes, however, there are still many people left, who are untouched by the RSS propaganda for the greater Hindu fascist kingdom. The forces representing progress and democracy must focus on to win away such forces, as they will act as a key in forming a broader alliance in the coming future.