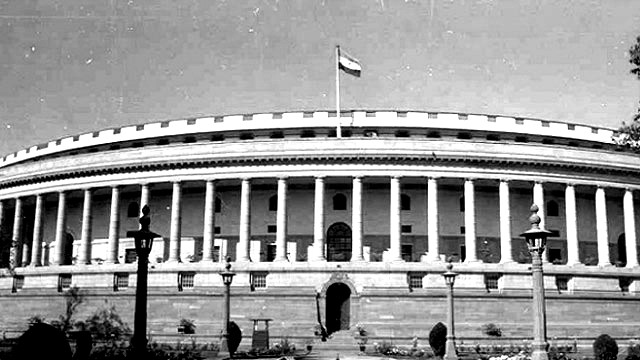 The election in the world’s largest democracy is nothing less than a full-fledged blockbuster entertainment. There are so much at stake that political parties are ready to woo their voters with everything possible. The parliamentary parties leave no stone unturned until the last day of campaigning to ensure a comfortable victory. During the election season, we witness a barrage of incessant promises regarding a better India; each voter is bombarded with promises of countering terrorism, resolution of agricultural distress, employment opportunities, and nearly everything under the sun. We also witness parties releasing their manifestos to allure voters, attacks and counter-attacks become the norm of the day. However, amid all these, we all tend to forget an extremely crucial change that the nation needs – a conducive environment to cast vote.

The first phase of the election kick-started on 11 April in 91 Lok Sabha seats across 18 states and two union territories. However,  this phase also reported a lot of distress caused to voters across different states. Reports of EVM malfunctioning and failure were flying-in from multiple corners of the country. In Dehradun, polling was delayed in booth number 75 due to EVM failure. Similar reports also came from Bihar, Uttar Pradesh, Andhra Pradesh and NCR (Ghaziabad).  The EVM issue isn’t new. EVMs have enjoyed their fair share of controversy. From the claims that these machines are vulnerable to hacking and misused to the demands of bringing back the ballot paper system in place, each election has its own controversy.

Indelible inks disappeared, candidates locked themselves up inside polling booths, many voters missing from the electoral list, and two lives lost when the TDP and YSR Congress workers clashed with each other in Andhra Pradesh. To create a check and balance, and to validate such claims is a difficult task. This is not the first time that voters are complaining. Such reports are universal to elections. However, the question here is not about the validation of such incidents reported but whether this is the environment one deserves while exercising their fundamental right of casting vote? The answer is definitely no but do we have a quick fix to it? I say yes, we do.

Elections in India are conducted entirely by the government machinery, which the Election Commission manages until the polls are over. This has resulted in the common people of the country being completely unaware of the electoral process. Keeping the common people away from the actual conduct of the election has provided a chance to interested parties to make wild claims about how annihilated the entire electoral process is.

A major result of distancing the public from the conduct of elections has been a growing sense of distrust over the electoral process itself. It is when people don’t know what is happening and the electoral process becomes a black box, that seeds of doubt are easily sown and disturbing incidents are reported.  For political parties in India, attacking the Election Commission has become synonymous with attacking the government, even though the Commission today is completely independent of the government of the day.

Another issue, which I want to draw attention to, is about equal electoral participation. There is a silent battle which the differently-abled people are fighting to exercise their right to vote. People who can’t listen or talk or walk are facing difficulty in being able to vote this election. For such people casting votes comes out to be a herculean task. They have difficulty in communicating with the polling personnel. A lot of such people have to return without being able to cast their votes. We definitely have a solution to this but apparently, no one pays heed to it. According to the World Bank data, India has 40 to 80 million people with disabilities. The 2011 census pegged this figure at 26.8 million, with National Capital Territory of Delhi alone accounting for 2.34 lakh, a number disputed by disability rights activists who claim that actual figure is much higher. Such people have been fighting for long for an equal right to vote. Voters having one of the 21 disabilities, mentioned by the Rights of Persons with Disabilities Act 2016, are termed as voters with a disability. The 21 disabilities in the list of the act include blindness, low vision, dwarfism, locomotor disability, intellectual disability, and mental illness among others.

For those who belong to any such category, the barrier to electoral participation has been many. Inadequate or inaccessible voter education, inability in being able to vote independently and privately, difficulties in voter registration, difficulty in physical access to training polling stations and most significant is the absence of assistance from polling personnel. So far, the focus has mostly been on wheelchairs, ramps and braille, which, according to me, is a one-size-fits-all approach. Such measures are not enough to ensure that everyone gets an equal right to vote.

There should be basic training of polling personnel to be able to provide information as and when one needs. Polling booths must be made conducive to everyone who comes to vote. A step in this direction is a must and unless we work in this direction we cannot achieve absolute electoral participation. No wonder, then disabled people will complain that there is a long way to go before the elections in India can truly become accessible to them.

As said by Dr BR Ambedkar, one man, one vote, one value. As a nation, we cannot afford to lose a large part of vote share on account of an excuse of disability. The precautions, amendments and measures taken by the Election Commission to conduct a free and fair election are commendable. At the moment, what is lacking is the human touch. The Election Commission now needs to take a step ahead and co-opt the common people of India to bolster the legitimacy of India’s electoral process.