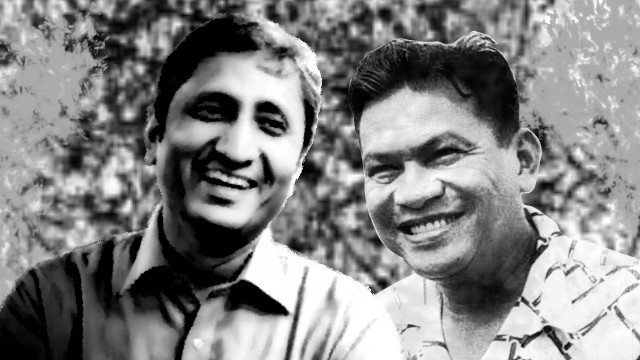 Indian news channel NDTV India’s news anchor and one of the executive editors, Ravish Kumar, has been selected for the Ramon Magsaysay Award, 2019, from the field of journalism.  The Ramon Magsaysay Award is often called the Nobel Prize of Asia, as it’s given to multiple personalities from a plethora of fields. There is a genuine wave of happiness at the times of gloom in the Indian liberal-democrat camp, which considers Kumar as one of the few fearless journalists existing in the mainstream media at the peak hours of Prime Minister Narendra Modi‘s rule, glorified by his servile media houses, who are the frontline defence force of the Bharatiya Janata Party‘s (BJP) National Democratic Alliance (NDA) government.

Kumar is one of the few journalists who dare to raise uncomfortable questions for the NDA government and also focus on basic issues like unemployment, economic crisis, etc, at a time when other television channels focus only on amplifying the Modi regime’s propaganda klaxon, especially on the  “nationalism” theme to distract their subscribers from the real issues. He has been on the radar of the omnipotent Hindutva fascist camp-led by the Rashtriya Swayamsevak Sangh (RSS). Kumar continuously faces extreme vitriol spread by the ruling party’s zombified minions on social media platforms. Most of the BJP leaders have boycotted him, and his employer, NDTV India, came under attack from the Modi regime, at times, for the overdose of criticism. NDTV India enjoys a great rapport among the liberal democrats and parliamentary left for Kumar’s Primetime show. Kumar happens to be a star of the liberal-democratic circle in New Delhi and elsewhere.

It’s indeed a good thing that the hard work and the courage of a sane journalist is getting recognised, especially at a time when the demarcation line between journalism and public relations is eroding at a fast pace and when aspiring journalists are asked to show loyalty to the Modi regime and the RSS-BJP to rise higher on the serpentine and treacherous corporate ladder. Recognition of Kumar will indeed inspire many more aspiring and young journalists, especially from the vernacular press, to become objective, critical and brave in their profession from the very beginning. It will also push the narrative that without being a sycophant of the powerful, without being a lapdog of the ruling party, one can remain an ethical journalist in this era.

Though this is great news for everyone in the fair and free journalistic practice, there will be a gross injustice done to the profession and to people like Kumar if we, the critical and objective journalists, don’t go deeper into the intricacies of this famous Ramon Magsaysay Award. Who gives this award? Why it’s given and who are entitled to this award? In short, what’s the Ramon Magsaysay Award?

Before we know about the Ramon Magsaysay Award, it’s important to know about Ramon Magsaysay, the former Philippines president who died in 1957. Magsaysay was a collaborator of the US imperialism in Southeast Asia, and one of its major partners against the communists in the region. A staunch right-wing populist, Magsaysay was what McCarthyism required in its offshore anti-communist operations. He won the 1953 election with the help of the CIA, as the latter rigged the polls and ensured his victory. As a vassal of the US imperialism, he played a crucial role in building the anti-Communist South East Asia Treaty Organization (SEATO), which became a US imperialist appendage and had only American lackeys like Pakistan and Thailand in it.

When the Non-Alignment Movement was formed by the likes of Jawaharlal Nehru and Sukarno, Magsaysay had been a strong critic of the movement and vociferously attacked it of being a “springboard of communism”. He vigorously and unapologetically promoted SEATO as the future of Southeastern Asia. At one point in time, he had been the darling of the Sangh Parivar in its nascent stage in the parliamentary arena.

What Modi is to India today, Magsaysay was to the Philippines in the 1950s. His death created a vacuum for Washington DC and its local lackeys. The Ramon Magsaysay Award was started by the Rockefeller Brothers Fund, a notorious philanthropist vessel used by the US imperialism to influence politics, policy, research and discourse throughout Asia. The Rockefeller Brothers Fund plays a crucial role in managing public perception and always tries to wean away influencers to the camp of the CIA. The Rockefeller Brothers Foundation works hand-in-glove in an opaque fashion with the most notorious regimes of the world like the Zionist Israelis, and it promotes the idea of captivating and derailing all resistance and discontent against the omnipotent, but crisis-ridden, global monopoly-finance capital.

Wearing a thin veil of “neutrality” and using the fragrance of serious and credible recognition, the Ramon Magsaysay Award is given by the Rockefeller Brothers Foundation to only those who advance, consolidate or popularise the political, economic or military agenda of the US imperialism in the semi-colonies and neo-colonies of Asia. Earlier, Gandhist reformist like Vinoba Bhave, elitist, pro-corporate rabble-rouser Anna Hazare, late writer and activist Mahashweta Devi, journalist P Satinath, BJP leaders like Kiran Bedi and Arun Shourie, Delhi Chief Minister Arvind Kejriwal (as an anti-corruption crusader) received this award from the Rockefeller Brothers Foundation to keep dissent trapped within a predefined territory. The Ramon Magsaysay Award is a weapon to keep those who matter in public opinion building, even those leaning left in public, to stay within limits, and thereby defuse any threat to imperialist loot, plunder and exploitation in Asia.

Kumar plays a crucial role in exposing the Modi regime’s crimes, hypocrisy and lies. He has been one of the rare and fierce critics of Hindutva fascism peddled by the RSS-led Sangh Parivar. Kumar has been showing how the NDA government is bluffing people using war rhetoric, how the RSS-BJP are building communal and jingoistic narratives while the majority of the masses reel under the juggernaut of extreme poverty, etc. Earlier, his on-ground reporting showed the extreme level of poverty that has become quintessential of India’s underbelly. Kumar questions Modi through his television programme, and at times dared him. Most of the Modi-lackeys stopped attending or watching Kumar’s programme; they mock him, spread vitriol against him and they even threatened him on several occasions. Amidst such an adverse situation, Kumar, as a journalist, has been steadfastly following his vision of objective and neutral reporting. But for what?

Neither the NDTV nor the likes of Kumar are parts of the revolutionary, anti-imperialist journalism, whose advocates are regularly killed, jailed or tortured in India. While many free thinkers, journalists and social activists languish in jail after they’ve been vilified and indicted by the Indian state for their opinion, activism and criticism of Hindutva fascism, the mainstream journalists like Kumar continue to enjoy the right to air their critical views against the Modi regime. This is not accidental, rather, it’s a well-planned measure to ensure that the pressure cooker of democracy can always function with a valve that can release the steam occasionally.

Kumar may have raised his voice against the Hindutva fascist Modi regime, however, he, like many mainstream dissenters, didn’t cross the line by asking the people to get out on the streets and fight against the US imperialism, which has strengthened its grip over India’s mineral resources, land and labour, thanks to the Modi regime’s pro-America servility, which has even surpassed the servility shown by previous governments. Till the time, journalists like Kumar, called “neutral” and “critical”, do not unveil the dirty nexus between the Indian ruling classes, represented by the Modi regime, and the US imperialism, which has shackled India’s economy, politics and society, they will remain in the good books of the CIA and other notorious agencies working to build and retain favourable opinion about the US imperialism.

Until the time they will hide the real enemies — the big feudal landlords, the big comprador capitalists and the US imperialism — from the sight of the people and only blame the BJP, which is merely a docile tool of US imperialism’s neo-colonial agenda, they will keep getting awards and rewards from the big foreign monopoly-finance capital.

Taming dissent by funding it, controlling it and thereby manipulating its tenacity and tonality, are ways through which Rockefeller Brothers Foundation moderate different political discourses. On one hand, the governments of Asian-African and Latin American semi-colonial and semi-feudal countries, like India, work closely with the US imperialism and crushes any form of dissent or people’s anti-imperialist struggle, on the other hand, the US imperialism use multiple agencies to peddle its neo-colonial doctrine and also manages to hijack the resistance struggles, especially those with the potential to change narratives and manufacture public opinion on a large-scale.

Kumar didn’t ever say that he is against imperialism, capitalism or feudalism. It’s not mandatory for a television anchor to be one in India, however, the origin of the Ramon Magsaysay Award and the credentials of the Rockefeller Brothers Foundation are not unknown to him, or even to the liberal democrats cheering the announcement. Leave alone the anti-communist and pro-imperialist angles, to which they may not be allergic, but the complicity of the corporate bodies that fund the Rockefeller Brothers Foundation also funds the likes of Modi around the world to have their own business interests secured, and this must be a point of concern. In such a situation, accepting the Ramon Magsaysay Award without the slightest show of compunction is an act of political double-dealing, which shows that the mainstream media of India, including its “anti-establishment” show managers, are acting on behest of the US imperialism to create opinion that’s favourable for imperialist loot and plunder, and safeguarding the neo-colonial setup through gimmicks of “independence” and “critical journalism”.

It’s not a matter of courtesy to accept the Ramon Magsaysay Award. Alike Jean-Paul Sartre, the eminent French philosopher and writer, Kumar could have declined the offer humbly highlighting his moral high ground. Rather, he expressed gratitude towards his viewers for the award, for the recognition. This shows that he is indeed gulping the bait of the US imperialist organisation, or probably, he already had. Probably the optics, the image of an anti-establishment, critical and analytical journalist was created to keep alive the hoax of “free media” existing within the capitalist system, within the exploitative system, where the handful of wealthy survive and enrich themselves by exploiting the majority of poor. Whatever is the compulsion, the cat is out of the bag. India doesn’t need sham anti-establishment journalism of the ilk of Kumar and other such liberal-democrat journalists, rather, it needs revolutionary journalism that can thrust a rapier in the ruling class’s propaganda and encourage the people to fight against and destroy the exploitative semi-colonial and semi-feudal system. For people’s journalism isn’t neutral but takes the side of the people.