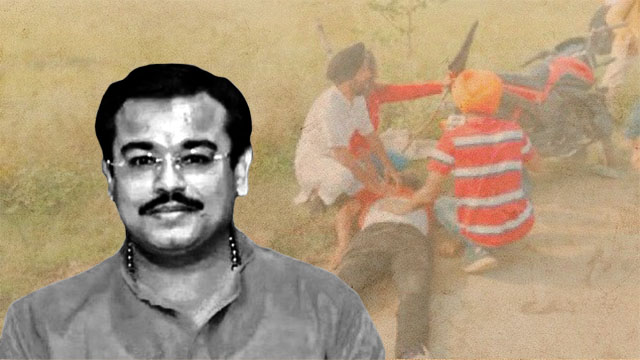 Ashish Mishra, the son of Ajay Mishra “Teni”, the Union minister of state for home affairs, has been granted bail by the Allahabad High Court on Thursday, February 10th 2022, after he spent nearly four months behind the bars due to his alleged role in the infamous Lakhimpur Kheri farmers’ massacre. Ashish Mishra’s bail sparked controversy amid the ongoing Uttar Pradesh Assembly elections.

The Allahabad High Court has pointed out discrepancies in the case against him while granting Ashish Mishra’s bail. The investigation in the case has been done by a Special Investigation Team (SIT) formed by the Uttar Pradesh government. Uttar Pradesh is ruled by Teni’s Bharatiya Janata Party (BJP), which implies that there will be a due influence of the ruling clique on the outcomes of the investigation.

On October 3rd 2021, four farmers were killed and eight were seriously injured in Tikunia of Lakhimpur Kheri, when a Thar SUV owned by Mishra ran over them. These farmers—affiliated with the Samyukt Kisan Morcha (SKM)—were returning to their homes after participating in a demonstration at Maharaja Agrasen College ground against the visit of Teni and Uttar Pradesh Deputy Chief Minister Keshav Chandra Maurya.

Though the farmers accused Mishra of the massacre, it took days for the Uttar Pradesh Police under the BJP’s command to formally arrest him. During this period, it’s alleged, Teni and Ashish had influenced the investigation using their clout. The police finally arrested Ashish Mishra only when the public pressure increased, causing the Supreme Court to intervene in the case, and it became inconvenient for the ruling BJP and Prime Minister Narendra Modi to continue patronising Mishra.

During Ashish Mishra’s bail hearing, the Allahabad High Court cited the “brutality” exhibited by the protestors—farmers who suffered due to Mishra’s aggression—resulting in the killing of three of Mishra’s accomplices at the spot. The High Court said it “can’t shut its eyes to the killing of three persons in the Thar SUV, including the driver, who were killed by the protesters”.

The Allahabad High Court’s emphasis on the resistance by farmers indicated that in the days to come a massive clampdown may take place under the garb of investigating the killing of the three accompanying Mishra in the SUV. Though four people have been arrested so far for the retaliatory resistance violence, the high court’s observation will provide the BJP government with enough ammo to divert the direction of the massacre case.

Ashish Mishra’s bail has saddened the families of the victims as well as the farmers’ organisations fighting for justice since October 2021. The SKM, which spearheaded the farmers’ movement against Modi’s three anti-farmer agriculture laws and for the enactment of a law guaranteeing minimum support price (MSP) for all crops, has been fighting to deliver justice to the agonised members of the victims’ families. The Bharatiya Kisan Union (BKU) has declared that it will pursue the matter and can appeal in the Supreme Court, if necessary.

One of the major demands of the SKM-led farmers’ movement—in hibernation since December 2021 after Modi repealed the three farm laws on November 29th 2021 and his government assured the farmers in writing that all their demands will be met—has been the sacking of Teni from the Union ministry and speedy justice to the victims of Lakhimpur Kheri massacre.

Though the Modi regime lured the farmers to suspend their movement with the bait of fulfilling their demands, soon after the farmers returned to their villages, the Modi regime did a volte-face. As of now, the BJP needs Mishra’s father Teni to garner it consolidated upper-caste Hindu votes in the crucial eastern Uttar Pradesh district. Ashish Mishra’s bail has been necessary to ensure Teni remains hyper-active in the electoral battlefield.

Though a criminal justice system must ensure that an accused is provided bail to remain out of jail when they can’t influence the investigation and cooperate with the investigating agencies, the case of Ashish Mishra’s bail has been quite different. Unlike many accused who have been confined wrongfully behind the bars, and whose bail applications have been repeatedly turned down by the courts, Mishra happens to be an influential person affiliated with the ruling party and can hamper the trial process using his father’s clout.

Earlier, when another BJP leader, the Unnao rape convict Kuldeep Sengar, wasn’t imprisoned during the trial of the case, he allegedly killed the relatives of the victim and terrorised her from speaking against him. Though Sengar was later convicted under the people’s pressure in the rape case, he has been acquitted in the 2019 ‘accident case’, in which relatives of the victim were killed and she was injured. The victim accused that it was a pre-planned murder conspired by Sengar.

It’s unlikely that Mishra, who is driven by hubris due to his father’s infallible position in the Modi regime, will cooperate with the law and allow a fair trial to take place. Ashish Mishra’s bail can also pose a security threat for the families of the victims and witnesses may turn hostile in the due course of time.

It’s a norm in India that the powerful manage to evade the clutches of the law by using their clout, while the poor and the marginalised continue to suffer injustice. Ashish Mishra’s bail in the Lakhimpur Kheri massacre reaffirmed this fact once more.