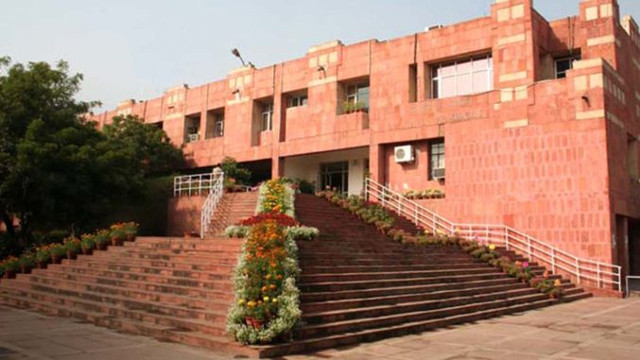 The Human Resource Development Minister of Narendra Modi’s government, Prakash Javdekar, hailed this decision as historic and he tweeted that the 62 higher education institutions were granted autonomy by the UGC following the “liberalised regulatory regime” envisioned by the prime minister. Apart from hailing this decision, the HRD minister termed it as a transformative move, a claim seconded by his cabinet colleagues and government sycophants in all branches of the academic world.

In line with the vision of PM @narendramodi towards liberalised regulatory regime, 62 Higher Education institutions, which maintained high standards, have been granted autonomy by the UGC today. (1/2)#NewIndia#TransformingEducation#TransformingIndia

It’s imperative for the institutions of higher education to have total autonomy to function so that they can promote talent, help the students to unleash their full potential and achieve academic and human excellence. The institutions of education, higher or primary, should be the institutions of excellence, where human beings should be nurtured as a resource and their creative genius must be given a chance to fully blossom intellectually. Everyone connected with the academic world would agree to this. The universities all over the world, which are reputed of being the centres of excellence and intellect, are all operating autonomously, free from the clutches of bureaucracy and orthodoxy. The same practice for Indian universities would have been a great thing in the present context when the students are desisted from thinking critically or raise question on such topics that the rulers and their sycophants consider taboo.

Under the new autonomy rule, a university can now collaborate with foreign universities, decide upon its curriculum, design its courses, hire foreign teaching staffs up to 20 per cent of their total teaching strength, open campuses, manage admissions, evaluate results and also do self-assessment. These features may look quite lucrative to the naive eyes, which will see in these opportunities and the seeds of a better academic future. However, to hail this move of the UGC, which is managed now by the hardcore RSS men, in good faith and to shower praises on the Modi government for allowing autonomy to the higher education institutions would mean biting the very sugar-coated bullets fired at the gullible people by the regime.

The new decision of the UGC to allow total autonomy to the higher education institutions is actually the first step of the Modi government in its attempt to privatise the Indian universities and centres of educational excellence, built brick-by-brick with the money paid by the working class and toiled people through indirect and direct taxes. This is the first step to sell them off to big corporate houses, foreign and domestic, to help those corporations earn huge amount of profit by turning education into a commodity.

With the mushrooming of a large number of private universities throughout the country, with minimum focus on academic quality, offering the middle-class and urban elite the lucrative technical degrees that promise their wards a job of their preference, many branches of higher education has become a luxury commodity for the poor and the marginalised people. As subsequent governments since 1980s reduced the overall budget allocation for higher education vis-a-vis the allocation for defence and tax sops for big corporate houses, there have been a dearth in the number of seats in higher education, especially in branches of medicine, engineering, biotechnology, etc.  with the rise in the number of students seeking these courses.

In the Union Budget 2018-19, the Modi government, which is a vehement enemy of intellectual freedom, critical thinking and academic excellence, allocated only ₹85,010 crore for the education sector, which is 4 per cent higher than the ₹81,868 crore allocated in the revised estimate of Union Budget 2017-18. Even in the Economic Survey report placed before the parliament, it was declared that the government cannot spend much on education and other welfare programmes, despite the Modi government making a lot of noise on “skill development” of the youth. The lack of funds is always cited as a reason to end the academic career of students from poor and the marginalised background. Research scholars and students of public-funded higher education institutions are forced to operate without adequate budget and thereby limit their creative potential so that their government can bail-out big banks that have allowed big corporate tycoons to dodge debt repayment and flee the country with extreme ease.

According to the Socio-Economic Caste Survey of 2011, 83.56 per cent of Dalit and 86.57 per cent of tribal households earn less than ₹5,000 a month. Over 80 per cent of the Dalit and tribal students have to drop-out of education in the secondary school level only due to extreme poverty. Higher education is still a distant dream for the Dalits, tribals and Muslims of India, who can barely afford primary or secondary education for their wards.  According to NSSO survey, only 1.8 per cent of Dalits and tribals, and 2.1 per cent of Muslims have access to higher education in India. In such circumstances, the upper-caste elite and middle-class lobby have been constantly demanding an end to affirmative reservation for the marginalised communities in higher education to ensure they enjoy an absolute Brahminical monopoly in education and jobs. With the privatisation of education, which the Modi government is initiating by liberalising the universities – a move that has the goal of asking the universities to arrange for their own funding at a later stage, the last straw of empowerment held dearly by the marginalised people will be lost. The poor will be forced to live without education and their future will be doomed by the privileges that the government will gradually grant to the upper-caste elite and upper-middle class students.

This so-called liberalisation will also not allow the universities to achieve real excellence in academic fields and develop any progressive curriculum to impart the highest standard of quality education to the students. By perching RSS men at the mastheads of central universities and state universities throughout the country, the Modi government has seriously wounded their academic excellence and turned them into future recruiting grounds for the Hindutva fascists. By promoting a pro-militarist, pro-Zionist, pro-imperialist and pro-Hindutva fanatic ideology that the students are force-fed in most of the campuses, the BJP wants to establish its ideological supremacy and organisational authority in the campuses and it expects the student community to mutely show absolute obeisance to its diktats.

Since 2015-16, the Modi government is constantly confronting the dissenting students, especially in FTII, JNU, UoH, IIT Madras, Jadavpur University, Allahabad University, BHU, etc., who are opposing the Hindutva fascist ideology of the ruling clique and its anti-student policies. In this struggle of the students, the government had to retreat several times due to the popular support that the students garnered from all corners of the country despite the virulent jingoism and xenophobia spread by the government. This frightened the Modi regime more and it’s since trying to enforce militarist-fascist discipline in the campuses and turn them into prisons of reaction. However, the Modi regime and its sycophants, in the newsrooms of TV channels and outside them, didn’t comprehend the power of the students of the country quite well. The more the government and the Hindutva camp repressed the power of the student community fighting against the saffron aggression, the more intensely the flame of student dissent has flared up throughout the country, which the batons, bullets and tear gas shells of the government aren’t able to contain.

Now that the government has decided to allow the pilot batch of 62 institutes of higher education to function as autonomous institutions, the student community will have to unite and organise themselves and fight against the attempts by the RSS-affiliated heads of most of these institutions selling stakes of the institutions to the foreign corporations and their comprador Indian lackeys like Ambani, Tata or Adani. The students are now in the forefront of the struggle to save their right, as well as the right of millions of marginalised and exploited people who are deprived of higher education by a biased state machinery. A strong movement by the students throughout the country against the government’s attempts to privatise education to oblige the WTO must be intensified and by joining their struggle for the right to higher education for everyone with the broad mass struggle against Hindutva fascism by the working class, the farmers and the common people, the students must play a crucial role in halting and thwarting the aggression of Hindutva fascism led by Narendra Modi and his regime.