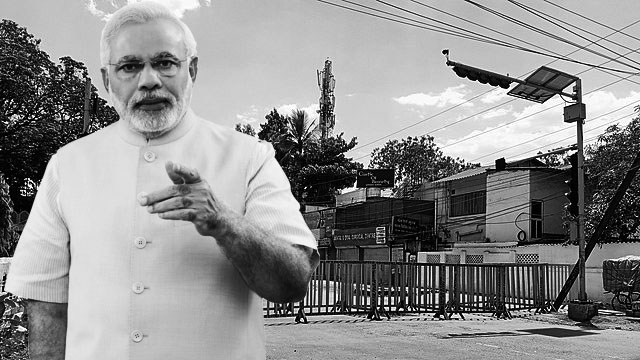 Prime Minister Narendra Modi announced a 21-day-long nationwide lockdown on the evening of Tuesday, March 24th 2020, leaving millions of clueless poor people in utmost chaos. Modi emphasised that the lockdown was necessary to curb the growth of COVID-19 infection in India. The number of COVID-19 infections in India was 564 on March 24th, while there were 14,000 deaths globally. These 564 cases were shown as a reason to declare a nationwide lockdown. Modi extended the lockdown when it was about to end on April 14th, till May 3rd, as the number of cases soared to 10,000 in India. Now, though the Union government has extended this lockdown until May 17th, it has allowed several relaxations, including the opening of industries, private offices and shops – including liquor shops – in non-red zones. The question is – if the lockdown was strictly imposed, rendering millions of migrant workers in a state of starvation when only 564 people were infected, why the government is relaxing the lockdown when the number has crossed 44,000 with 1,566 deaths now? Can the government clarify whether the lockdown was necessary at the first place if people were to “learn to live with the virus”, as Delhi Health Minister Satyendra Jain said, at the end of the day?

Whether the lockdown was necessary or not depends on whom it was trying to protect. The big crony-comprador capitalists, elite upper-caste Hindus and urban upper-middle class, who form the core of Modi’s support base and fundraisers, have been the biggest carriers of the COVID-19 infection, since the beginning. Being a disease of the upper echelons of the society, it spread among these privileged classes and they required protection. The governments, at the Union and state levels, are bound to protect the class interests of these blocks as they are politically crucial for the existence of the Indian political system. The need was to ensure that these people can be isolated to ensure the virus doesn’t affect each member of this class-caste block. Also, it was imperative to ensure that these class-caste blocks also receive the best of the treatment at the best of the hospitals, which would mean the poor should be prevented from falling sick and seeking treatment when the government’s focus was to help these rich.

Thus, to save these rich from the COVID-19 pandemic, the government, after arranging free air rescue for their wards and community members from different parts of the world, arranged a stringent lockdown to ensure they are encapsulated from the pandemic. None of the mainstream Indian politicians will ask whether the lockdown was necessary and a wise decision? While many of the upper-caste Hindu elites and urban upper-middle class brought the disease to India and became its carrier, the Tablighi Jamaat members became a punching bag for the Islamophobic Indian mainstream press and Modi’s Hindutva fascist Bharatiya Janata Party (BJP). The BJP made a scapegoat out of the Tablighi Jamaat members to hide Modi’s failures in flattening the curve. Both the Modi and the BJP engaged themselves in creating optics to bamboozle the public – including clanging of utensils, lighting candles, etc. All these while the doctors have been fighting the COVID-19 pandemic wearing raincoats due to a severe shortage of personal protection equipment (PPE), N-95 masks, medicines, etc.

Many doctors and nurses have been infected and many even lost their lives. Doctors are intimidated for questioning lack of PPEs, masks, testing kits, medicines and ventilators; journalists are arrested for reporting such discontent. Ignoring these issues, Modi capitulated to Donald Trump’s diktat and offered a large stock of India’s Hydroxychloroquine tablets to the US, allowed the import of used ventilators, which pose a serious threat to the patients, and his government finally gave nod to convert the surplus rice in the Food Corporation of India warehouses to ethanol in order to make hand sanitizers for the rich and the upper-middle class. All these while the poor reeled under the juggernaut of the lockdown and starved due to unavailability of free ration. All these as the doctors and medical workers died at the frontline. For the struggling doctors, his regime spent Rs 6 billion, not to buy PPEs, testing kits or masks but to shower flower petals using helicopters of the armed forces. Positive optics pays a rich dividend during elections, real work doesn’t.

While VK Paul, a NITI Aayog member and the head of a key government-empowered committee on medical management, presented a study to claim that the lockdown has been successful in reducing transmission, a report by The Hindu claimed it was “unlikely” to be so. At the same time, ironically, according to the Modi regime’s own forecasting, reported by The Indian Express, there will be around 27.4m cases by August 15th 2020. If such is the scenario then why is the lockdown lifted now? To earn revenue from alcohol sales? The lockdown, as Rahul Gandhi and others have repeatedly said, isn’t the solution to the COVID-19 pandemic but a mere pause button. The pause button won’t end the nightmare, but only an effective testing programme can flatten the curve and end the pandemic, which is done by Kerala, where testing is given immense importance by the government. The Modi regime won’t give data to support whether the lockdown was necessary to curb the spread of the COVID-19 transmission, as most of its reports fail to prove anything else but the report maker’s loyalty towards the prime minister.

Then who will answer whether the lockdown was necessary as a weapon against COVID-19 without increasing testing capacity? With a large number of migrant labourers dying on the streets, walking hundreds of miles on an empty stomach, with a large number of workers – including a section of the white-collar employees – losing their jobs over the lockdown, with the crisis-ridden economy going downhills, the question whether the lockdown was necessary in order to contain COVID-19 or whether a proactive testing programme would’ve been effective will keep hammering the conscience of those who can still think objectively. The imposition of the lockdown at a time with a very few cases and relaxing it at a time when thousands are affected by the virus and a large number of people are dead, show the disarrayed condition of the government’s policy makers. The only thing they are apparently interested in is to consolidate Modi’s hegemony during this virtual emergency period and use it to suppress the people’s dissent. Whether the lockdown was necessary or not is something they are least bothered with, because until the time the rich are safe and their money flows into the coffers of the BJP, there will be no lamenting over any tragedy, but they will be used for sheer profiteering.