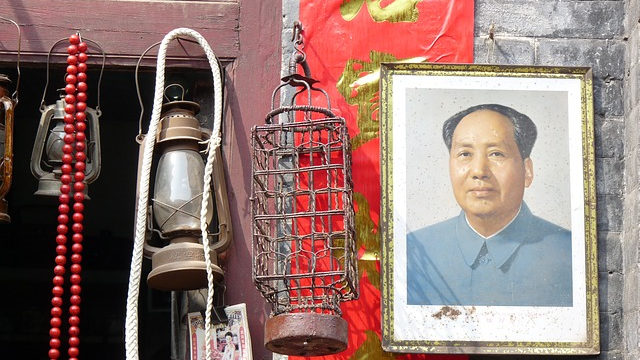 The Chinese state security arrested a student leader of Peking University for attempting to celebrate the 125th birth anniversary of Chinese communist leader and the founder of the People’s Republic of China, Mao Zedong, inside the university campus on 26 December. Qiu Zhanxuan, head of Peking University’s Marxist Society was forced into a black car by a group of seven to eight men who identified as ‘public security department’ officials.

Under Chinese President Xi Jinping, the Chinese Communist Party has started building a cult of individual and despite paying occasional lip service to the late founder of the People’s Republic of China and the leader of the Chinese Revolution, Mao Zedong, the party has recently officially distanced itself from celebrating any legacy of the leader fearing a public sentiment rising in favour of socialism and thereby fuelling a massive unrest against the unbridled capitalist exploitation, inequality and oppression the majority of the people are subjected to.

Students of Peking University, whose alumni played important roles during the country’s first phase of Cultural Revolution against capitalist-roaders within the Chinese Communist Party in 1960s and another attempt at dethroning the capitalist-roader Deng Xiaoping and his sycophants in 1989, are always on the radar of the Chinese rulers who want to suppress each expression of socialist revolution within the country where they have provided a free reign to big corporations, foreign and domestic, to plunder the resources and labour.

Qiu Zhanxuan has been playing a vanguard role along with other students of the Peking University in building up labour movements throughout the country against the opportunist pro-capitalist CPC leadership. The Jasic Workers Solidarity group rose to prominence this summer when student activists from Peking University backed its efforts to form a workers’ union at Jasic Technology, a welding machinery company in southern Guangdong province.

Soon after the Jasic Workers Solidarity movement started, the Chinese state cracked it down violently, arresting several Chinese students and workers at the behest of the big capitalists of China and foreign countries. The crackdown on the Peking University students by the Chinese state drew worldwide criticism from the revolutionary communists and the students have been receiving solidarity support from all over the world. By November 2018, the Chinese state has suppressed much of the working class movement and arrested many student and worker activists. However, the working class’ struggle for socialism, equality and liberation spread to many other places. A lot of Chinese poor, revolutionary communists and student activists reached Mao Zedong’s hometown on the occasion of his 125th birth anniversary, defying the Chinese state and its repressive arms.

The arrest of Qiu Zhanxuan and other student leaders before him is stirring a countrywide resistance movement against the onslaught on communist forces by the capitalist-roader CPC leadership, who are the lackeys of Chinese comprador-bureaucratic capitalism and foreign imperialism. The workers of different factories where the left-wing students are working as organisers have expressed their solidarity with Qiu Zhanxuan and the students of the Peking University are demanding that the Chinese state immediately and unconditionally release Qiu Zhanxuan and all other Chinese communist organisers.

The new movements are not yet as fierce as the Cultural Revolution of the 1960s, when the students and youth, by forging a strong alliance with the Chinese soldiers of the People’s Liberation Army, then headed by Mao’s close associate Lin Biao, fought a prolonged ideological and organisational battle against the capitalist roader, foreign agents like Liu Shaoqi and Deng Xiaoping and toppled them to restore socialism. Their militant struggle on behalf of Mao Zedong, known as the Red Guard Movement, brought a worldwide storm of people’s resistance against imperialism and its ally, revisionism. The Marxist study circles that are now popping up in different campuses, exhibit the people’s anger against the Dengist leadership and their corporate bootlicking, which is translated into small attempts at building up struggles.

When these small struggles, influenced by the legacy of Mao Zedong, whom Xi Jinping is trying to overshadow using his own cult, will form a bigger chain, it will gain an organised form and will be streamlined against the coterie of capitalist roaders and comprador-bureaucratic capitalists of China who have been selling off the country’s resources and manpower to the big foreign monopoly and finance capital since 1978. Such a massive, organised revolutionary movement will be able to overthrow the juggernaut of the utmost opportunist and pro-imperialist Chinese emperors of the CPC and re-establish a socialist China that the late Chinese leader Mao Zedong and millions of communists fought for.