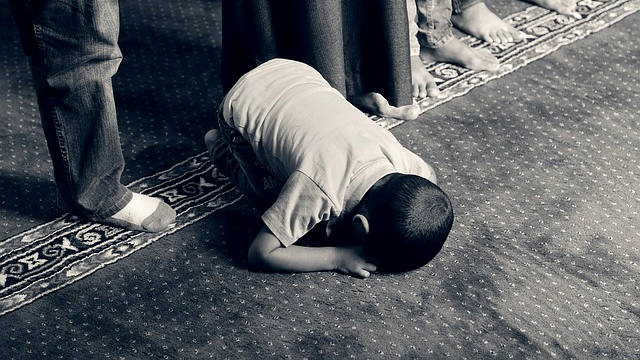 When was the last time you realised that your religious practices and faith can cause communal troubles in a highly polarised state before the Lok Sabha elections? Well, for Muslim workers of factories and establishments located at Noida Sector 58, it was a recent event. The SHO of the Sector 58 police station of Noida, Uttar Pradesh, which is the neighbouring town of capital New Delhi, wrote a letter to the factories and establishments located in the police station area asking them to prevent the Muslim workers and employees from gathering at the Noida Sector 58 Park to offer Namaz (Muslim prayer) on Fridays.

As the Friday afternoon Namaz is only offered in a congregation, according to the Islamic religious tradition, the faithful of each location gather for the prayers at a commonplace, especially mosques, in the absence of which they congregate at open public places to pray. Recently, the Hindutva fascist BJP and other affiliates of the RSS have started venomous propaganda against the Muslim community’s right to pray on Fridays. After demolishing the Babri Masjid and after claiming ownership of multiple other mosques, calling them Hindu temples, the RSS affiliates have started propaganda over ‘land jihad’ in the BJP-ruled Haryana‘s Gurgaon city.

Muslims who offered Friday prayers at public places, grounds, vacant plots were thrashed and dispersed by the Hindutva fascist terrorists and the police in Gurgaon. The Hindutva terrorists claimed that the Muslims are planning to occupy vacant plots and build mosques on them by offering Friday Namaz at the same spot for a long time. They justified their action to deny the Muslims their constitutional right to practice their religion by hyping xenophobia and by using the brutal state power. Taking a cue from the Gurgaon story, the Brahminical authorities of the neighbouring industrial town of Noida, which comes under the BJP-ruled Uttar Pradesh, also started its own institutional campaigns against the Muslim community.

The letter of the SHO of Sector 58 Police Station claims that the Sector Park is not for religious purposes and the offering of Namaz by the faithful on Friday afternoons can cause communal trouble in view of the approaching Lok Sabha election. How the offering of a peaceful Namaz, that too without the loudspeakers, which the Hindutva fascists despise, hurt the religious sentiments of other communities (Hindus in this case) and result into communal trouble before the 2019 general election? What specific information the police have got that points towards the scope of a communal riot due to the Muslims offering Namaz at a park? In case the police have a piece of specific information then why didn’t they nab the conspirators but start bashing the Muslims who gather at the parks?

There is an excuse peddled by the SHO that any religious practice in public can spark communal strife before the Lok Sabha election. In that case, all rambunctious Kanwariya rallies (on which police chiefs shower flower petals from the air), big pandals for pujas that play loud music and occupies a public place, no Jagrans and other such events should be allowed because they too have the potential to flare up communal trouble. They too hurt the religious sentiments of other communities.

If we go by the statement of the Noida Sector 58 SHO, then ‘some people’ were irked due to the Friday Namaz in the Sector 58 Park. In that case, it was the police’s duty to protect the  Muslims from such people and if the police aren’t taking that step, rather it’s trying to bully the Muslims, then it’s evident that it’s also complicit in the crime.

In a state where the life of a cow matters more than that of a police officer, in a state where the police is instructed to act unapologetically exhibiting the force’s Islamophobic prejudices by unleashing violence on the minority community, it’s infantile to expect institutional justice or any form of balanced, constitutional approach from the police in a matter where the Muslims are at the receiving end.

Uttar Pradesh has become the citadel of communal bigotry, hate mongering and the exclusion of the Muslims and Dalits from the public space under Yogi Adityanath-led BJP government. The Noida Sector 58 SHO’s diktat barring the Muslims from practising their religion is merely a tip of the iceberg. As 2019 general election approaches closer, we will see many such communal moves from higher echelons of power targeting Muslims to build up an Islamophobic hysteria among the upper-caste Hindus of the state so that the ruling BJP can consolidate its power and sweep the elections. It’s only by strengthening the movement for a secular, democratic and progressive change from the grassroots that these forces of communalism and bigotry can be defeated and uprooted along with their comprador capitalist, foreign corporate and feudal backers.