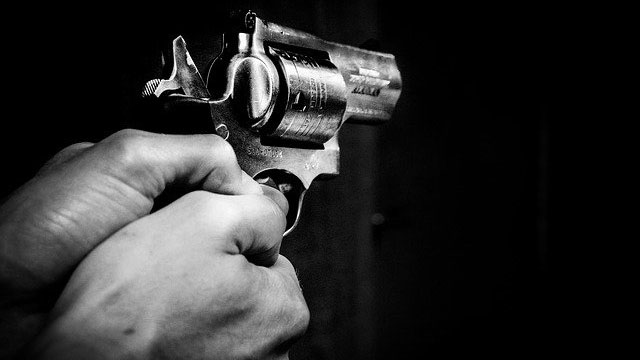 Uttar Pradesh, ruled by the Bharatiya Janata Party (BJP), never stops amusing the jaded Indian audience with its plethora of political faux passes, especially when it comes to the intellectual bankruptcy of its mediocre administration. Yogi Adityanath, the Hindutva fascist rabble-rouser monk-turned-chief minister, killed the creativity of the Uttar Pradesh administration and made it produce banal and cliched stories to cover-up its crimes. What can be a classic epitome of this but the poorly-written script of dreaded gangster Vikas Dubey’s “encounter” killing by the Uttar Pradesh Police near Kanpur in the wee hours of Friday, July 10th? Dubey’s “encounter” won’t cause ignominy to the Adityanath regime or the BJP because it will entice its captive support base. But the hollow story will keep reminding us that in India, especially in Uttar Pradesh, governance is a circus now.

A dreaded gangster with more than 60 criminal cases––including eight murders––against him, Dubey ran his criminal cartel in cahoots with corrupt politicians and policemen. As Uttar Pradesh is infamous for producing corrupt politicians and policemen in abundance, which makes it the heartland of organised crime in India, for criminals like Dubey, it’s never too hard to run an empire with the state’s support. Dubey’s empire remained intact even in the three-year-long tenure of Adityanath, during which his policemen extra-judicially killed scores from Dalit, backward caste and Muslim background, in staged “encounters”. Due to his caste privileges and strong connections within the BJP, despite having killed one of the BJP leaders in the early 2000s, Dubey retained his hegemony without any hindrance.

However, Dubey’s fell from grace when the so-called “national media” focused the lens on him after he allegedly killed eight policemen in Bikru village in the Chaubeypur area of Kanpur on July 3rd. It became problematic for Adityanath to keep him alive as he could spill beans that would expose the state’s nexus with criminals like him. Thus, his fate was sealed. The police were ordered to kill him and his accomplices to ensure that uncomfortable facts are buried forever. No wonder, Dubey’s was not the first story of police “encounter” since July 3rd morning.

Prem Prakash Pandey, Amar Dubey and Atul Dubey, all accomplices of the gangster, were gunned down by the police in cold-blooded staged “encounters” with utmost impunity. Fearing for his life, Dubey fled to neighbouring Madhya Pradesh and surrendered himself to the police at the famous Mahakal temple in Ujjain, from where the Uttar Pradesh Police took him in custody under full media glare. But he couldn’t save himself under the media shield or sporting his brahmin identity in a Hindutva fascist state. The policemen killed him soon after they stopped the media from following their cavalcade. Dubey’s car allegedly overturned while trying to save a herd of holy cows, he then allegedly snatched the pistol of an officer and tried to flee firing indiscriminately at the policemen, who weren’t hit by the bullets though. But Dubey fell to bullets when the police returned the fire.

Dubey’s “encounter” by the Uttar Pradesh Police was celebrated throughout the country like the extra-judicial murder of the youth who were accused of raping and murdering a young veterinary surgeon in Hyderabad in December 2019, or the hanging of the convicts of the infamous 2012 Delhi gangrape and murder of Jyoti Singh. The difference was, Dubey was a powerful criminal unlike the others, and he had the patronage of the present-day government until he fell from grace. Dubey’s “encounter” killing was celebrated as a moment of freedom from tyranny, without realising that the root cause of the tyranny––the obnoxious nexus between politicians-police-criminals that rule Uttar Pradesh––didn’t die with the gangster.

The shunting of 68 policemen of Chaubeypur Police Station to the reserve lines for their connection with the slain gangster and the arrest of two officers from the police station for providing Dubey with the information of the raid shows the tip of the iceberg of a cancerous problem. It’s not Dubey, but the system that begets and nurtures men like him is the main culprit. But, sitting at the helm, Adityanath and his sycophants are strengthening that very system. One gangster will be replaced by another, but the mafia world will survive because the system that feeds it survives as well. No one will demand an “encounter” killing of corrupt policemen, bureaucrats or ministers, but their love for extra-judicial killings, glorified by the Hindi film industry since the 1980s to shape the urban middle-class’s opinion, has intensified the bloodlust of this mediocre section. This mediocrity percolated deep inside the society and the state, that even the latter refuses to innovate new ways to peddle the story of “encounters”.

Adityanath’s extra-judicial actions, from attaching properties of those who opposed the BJP’s contentious citizenship matrix to the unlawful arrest of activists and journalists, from the demolition of Dubey’s house without a mandatory court order to the extra-judicial “encounter” rule adopted since 2017, of which Dubey is the latest victim, show that there is less room available to democratic discourse and constitutional practices in Uttar Pradesh. The administration of Adityanath knew that their story regarding Dubey’s “encounter” won’t have many buyers and people will question it, especially when a plea has been filed in the Supreme Court before the incident expressing fear of such an act by the police. Still, it went ahead with Dubey’s “encounter” killing to exhibit the impunity with which this regime operates due to a pusillanimous judiciary’s inability to put a check on it. The banal story of Dubey’s “encounter” is peddled because it’s a legal formality, else Adityanath’s regime and the BJP care a lemon about the constitutional norms.

With Dubey’s “encounter”, done with utmost impunity, the message delivered by Adityanath is clear. He is going to become the next prime minister of India after Narendra Modi retires in 2024. Adityanath’s ambition for the top seat has the backing of India’s ruling classes and the Hindutva fascist camp, hence, the media is incessantly building narratives to eulogise him as the perfect one for the role. One must not forget how Modi, through a series of fake “encounters”, paved his way to the top seat. Dubey’s “encounter” didn’t kill the mafia but strengthened its rule on India and paved way for Adityanath to reach Delhi with the utmost ease. It’s to be seen whether the people’s opinion about such extrajudicial killings and unconstitutional norms can be changed through vigorous political education campaigns by the progressive and anti-fascist forces. If that’s not done, the future of Uttar Pradesh and India will be doomed forever.