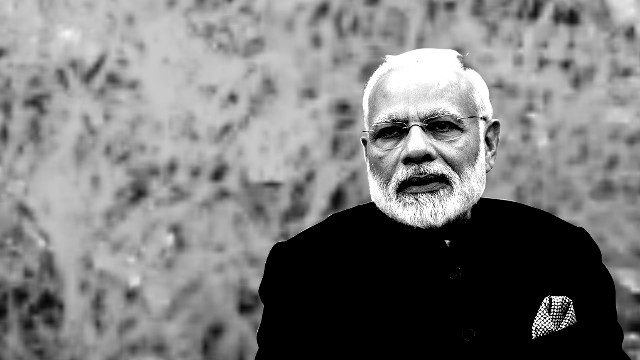 During the blatant, brutal presence of proto-fascist enemies on the ground alongside the organs of ultra-nationalist Hindutva fascists, there are ‘others’, too, in the pattern, who need an escape in fascism. This consists of the capital-licking, super-rich, social democrats who in the name of fighting fascism are too well maintained in their status quo. JV Stalin said, “Be devoted to the working class, its Party, its state. That is a fine and useful thing. But do not confuse it with devotion to persons, this vain and useless bauble of weak-minded intellectuals.” (Letter to Shatunovsky, JV Stalin: ‘Works’, Volume 13; Moscow; 1955; p. 20). It’s time to revisit the phrase while Prime Minister Narendra Modi’s Bharatiya Janata Party (BJP)-led state machinery has ruptured the status quo and the social democrats, along with a bunch of liberals, are busy saving it.

Before the BJP established its free political monopoly, holding the hands of social democrats, parliamentary opportunist left, the Indian National Congress (Congress party) tried every means to adopt a number of reactionary measures, making this country an open market tuning up with public-private partnership. Neo-liberalisation, legitimised by the Congress party’s governments, smoothened Hindutva fascism’s accession to power. All major parliamentary parties effortlessly paved the way for a lethal competition of the so-called free market, which is actually a monopoly of chosen foreign corporations and their Indian comprador lackeys. In this freedom of trade and capital, everything, even human life, was commodified. The grotesque face of capitalism that Karl Marx once showed, came out to haunt the Indian people, the majority of who are poor and downtrodden.

We must not forget that the agrarian economy is the base on which the biased structure of the Indian economy and society is raised. With the advent of the policies of liberalisation, privatisation and globalisation, advocated by the Indian ruling classes since the mid-1980s, and with the overwhelming domination of the World Trade Organization (WTO), agriculture started suffering immensely. In the post-WTO age the terms of trade for agriculture have degenerated peasants who started cut costs while the growth of input use has slowed down in parallel.

If we minutely notice the change of harvesting pattern in India we will understand that there are frequent corporate investments where the direct producers are damaged and later killed in the process.  Here lies the truth of the free market, where the state keeps us almost gasping whilst refusing to fully kill us because of producing cheap labour out of us. On the other hand, the creation of special economic zones (SEZ) and privatisation of state-owned industries crushed ever-powerful labour unions. We must not forget that the unions were crushed by fascist Indira Gandhi’s government and due to the sheer opportunism of the parliamentary left, which helped promote Brahminical chauvinism.

In 2012, the valiant strike and militant dissent against neo-liberal capitalist spectre, for the workers’ right to unionise, and fighting against the precarious condition of contractual workers at Manesar’s Maruti-Suzuki plant was a historical turning point in the labour movement in India.  Though expectedly, the bourgeois civil society, at that time, cocooned in their nests to maintain the status quo. They were busy in ‘no sloganeering’ protests, ‘not in my name’ or ‘human rights violation’ in Kashmir.  Social democrats thought cosmetic protests, holding the tricolour would stop the fascist offensive infiltrating the land.

All these years when Kashmir was brutalised, militarised, its people ruthlessly oppressed, the Indian people were murdered at will just for upholding a particular political thought, the civil society people were busy aligning with parliamentary opportunists and ministers who were opposed to the proletarian united front. Now with the domination of Hindutva fascists at the core of their own so-called democracy, the status quo is punctured, hence, they have come out on the streets, often offering flowers to class enemies or begging justice from the same institution that has been begetting injustice since decades.