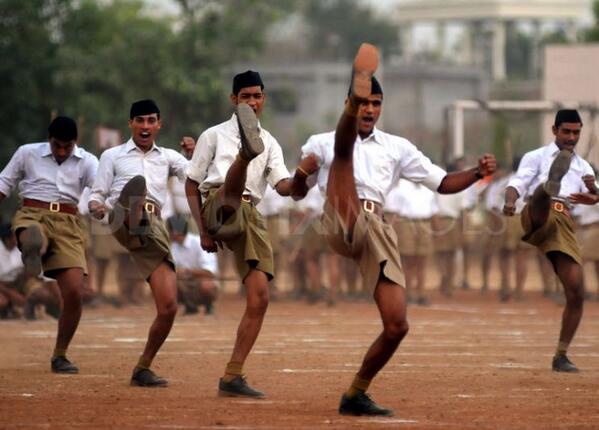 (This article was first published in October 2016 in the previous version of People’s Review. Due to an incident of hacking the old website was pulled down and we could only restore the old articles in this section)

A year passed since the lynching of Mohammad Akhlaq in Dadri, Uttar Pradesh, by a mob of cow vigilante Hindutva thugs who accused him of slaughtering and eating a cow. His murder still remains unsolved due to the blatant servility of the Dadri administration in particular and the Uttar Pradesh government of Samajwadi Party to the forces of Brahminical fascism, who’re sponsored by the Modi regime. In this one year the turn of events with clear government support has turned the table on Akhlaq and his family, turning them from victims of mob violence to accused of cow slaughtering, an offence that can justify lynching of people from minority communities, Dalits and other marginal communities in the 21st century. Now the events took another turn, which again brought in the forefront the nefarious connection between the BJP government in New Delhi and the accused of the murder.

When one of the accused, Ravi, who was lodged in jail, died of dengue in October first week, his body was draped in the national flag that the Sangh affiliates started honouring to great extent in the recent years. Mahesh Sharma, a mastermind of Akhlaq’s murder, called the deceased murderer a “patriot” and along with other Hindutva thugs like Sadhvi Prachi and Sangeet Som tried to vitiate the environment of Dadri’s Bisada village to communally polarise the voters and incite them against the family of Akhlaq. According to reports published in The Hindu, Kapil Bhati, a Hindutva thug, openly threatened the Muslim community of Bisada village in full police presence. The government of Uttar Pradesh led by Akhilesh Yadav of the infamous Mulayam clan, lodged a complaint against the family of Akhlaq in a surprising turn of events this year, proving once again that the regime in Lucknow is hand-in-glove with the BJP to prevent the political rise of the BSP, which is threatening to wean away a large chunk of Muslim and backward castes from Samajwadi Party’s vote bank.

The unapologetic BJP and its parent body, RSS, has used the Dadri incident to intensify cow vigilante in the country, whose over enthusiastic supporters from the upper castes started even attacking the Dalits along with the minority communities to exert their terror. In last one year the attacks of cow vigilante forces against Muslims and Dalits spread like a wildfire in almost all BJP ruled states and those states where BJP is eyeing power like Uttar Pradesh, Karnataka and Telangana. The event of the atrocities on Dalit people by the cow vigilante forces caused an immense outrage among the ostracised community members in Modi’s home turf Gujarat, which forced the Prime Minister to shed tears of Gau Mutra (cow urine) and call a section of the cow vigilantes as bad or fake ‘Gau Rakshaks’ and called them to spare the Dalits particularly in their violent campaigns.

The murder of Akhlaq, opened the floodgate of anti-Muslim attacks all over the country and finally it has reached the stage of gangrapes and mass murders like that of Mewat, Haryana. The criminal gangs of cow vigilantes, who are funded by the RSS and its corporate investors, are terrorising the whole country with apparent impunity, which is guaranteed by the government of Modi and his coterie ruling various provinces of India. Since 2014 when Modi was elevated to the power seat there had been a spurt in cow vigilante violence all over the country. The RSS chief, Mohan Bhagwat, praised the cow vigilantes during his annual foundation day speech on the eve of Vijaya Dashami. He claimed that the RSS sponsored cow vigilantes are actually upholding the law of the land, which means that the Modi government will soon toe the line of Bhagwat and make the perpetrators of cow related violence immunity from prosecution and book the people who will be the victims of such violence. Soon after his comments, a youth from Jamtara, Ansari, who was arrested by the BJP government of Jharkhand for making a remark on beef, died under mysterious circumstances in Dhanbad. His judicial murder was covered up by simply suspending the police officer involved in custodial torture, without any prosecution. An attempt to drape Ansari’s coffin with the tri colour will of course incite mass hysteria of the Brahminical thugs who will call it an insult to the national flag, overlooking the same insult done by the Hindutva brigade in Bisada village.

Indian minority communities and marginal communities like the Dalits and tribals are living in the most perilous condition under the present regime of Narendra Modi. The lives and livelihoods of the minority Muslims, Christians, Dalits, and tribal people are threatened by the growing rage of the Hindutva thugs, who are now eyeing to end the minuscule rights that the marginal communities in the country achieved through extensive struggle. One of the example of a covert RSS supported movement is the Maratha movement in Maharashtra, which is exhibiting immense anti-Dalit under tone through its rallies and meetings, demanding the scrapping of the Scheduled Castes and Tribes (Prevention of Atrocities) Act, 1989, which is very rarely used by the administration known for its Brahminical bias. The gradual consolidation of the upper caste elite forces with support from the state machinery has driven the communities that are not toeing the diktats of Brahminical supremacists to the brink of a catastrophe unless there is a strong mass resistance struggle built with a goal of democratic transformation of the existing system of apartheid and hatred. Unless our forces of democracy and progressive values build up such resistance movements against the growling Hindutva fascism there cannot be any temporary respite for the marginal and oppressed communities and nationalities under the Modi regime.