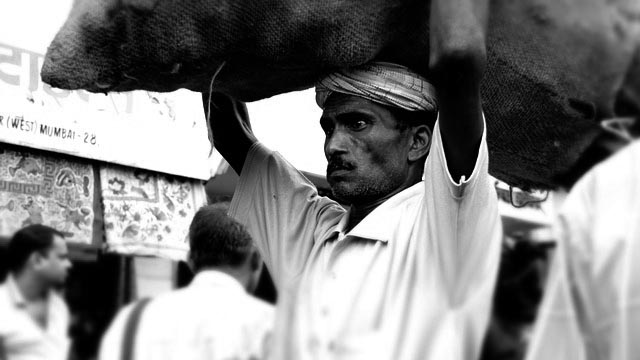 When Prime Minister Narendra Modi arrived on the television screen at 8pm – his usual time to deliver theatrics to his hardcore fans – on May 12th 2020 to inform the country about the present stage of lockdown and its extension beyond May 17th 2020, people were eager to know about the new regulations and relaxations that his government will announce as Coronavirus (COVID-19) cases in India rose to 74,000, from 564 on March 24th when he announced a nationwide lockdown to curb the spread of the pandemic. But much to their dismay, rather than addressing the core issues of lockdown extension – which he left on the state governments – and the issue of the migrant workers being transported free of cost to their home states, the prime minister began marketing, what can be apparently called a new programme of his government, “Atmanirbhar Bharat” (self-reliant India). But a close analysis of this self-reliant India programme shows a pathetic attempt to relabel the old wine in an old bottle with new jargons.

Jawaharlal Nehru, Modi’s favourite bête noire and India’s first prime minister, also envisioned a self-reliant India, albeit, riding on the shoulders of his Soviet and American masters. His vision of a planned economy with mixed-bag ownership, to pave the way for the development of the private sector, ie, the crony-comprador capitalists, who were crucial in fuelling the ship of the Congress party, was carried forward by his daughter and heir Indira Gandhi. Modi, despite loathing the duo for their inclination towards the “planned economy” model, took refuge to the same doctrine of self-reliance, which Nehru derived from MK Gandhi’s vision, without the feudal musings of a parochial model.

The dream of making an economically self-reliant India has been pursued with vigour since Nehru’s era, however, the entire campaign has always remained mere phrase-mongering. Nehru’s “self-reliant India” depended on American PL-480 wheat. Indian capitalism never developed freely and it’s dependent and tied with the global monopoly-finance capital-owned intricate web through multiple threads. From capital to technology, from components to market, the “self-reliant India” needs to look up to foreign forces for everything. Since 1991, when Dr Manmohan Singh launched his infamous liberalisation programme on behalf of the World Bank and the International Monetary Fund, breaking the Indian economy’s tryst with the Nehruvian “socialist” model, India began a journey on the path of liberalisation – privatisation – globalisation (LPG) in a globalised world.

This LPG model made India significant in the unipolar world order led by the US and its allies after the fall of the Soviet Union. Since 2000, India made gradual progress on the path of LPG by limiting the government’s role in the economy and allowing the big foreign corporations and their Indian lackeys to seize control of all resources and economic activities. Modi is a product of this school, as his Bharatiya Janata Party (BJP) vigorously pursued the neo-liberal economic model. For the BJP and the Congress, the goal has been identical, the approach differed. But the nostalgia of “self-reliant India” would return occasionally to tantalise the middle class. This time with the purpose of hiding Modi’s utmost failure in controlling the COVID-19 epidemic’s spread through the inhuman lockdown that threw millions of poor in utmost crisis and agony.

Modi’s “self-reliant India” is an idea plagiarised from Gandhi and Nehru to Indira. All it wants to do is dangle India’s cheap, rightless, enslaved and gagged working class, who will be soon stripped of their citizenship rights through the National Register of Citizens, to lure foreign capital to expand their existing capacity here and to set up new manufacturing units here, so that the BJP can earn some donations in lieu of its services. This “self-reliant India” will be a cosmetic foundation of jargons, which will be used to cover up the grotesque face of a neo-colonial system that Modi and his sycophants have strengthened to allow the big foreign capital plunder Indian labour, resources and market without any checks or barrier. This stinky, spurious old wine in an old bottle with a new label won’t help Modi to remain invincible forever.