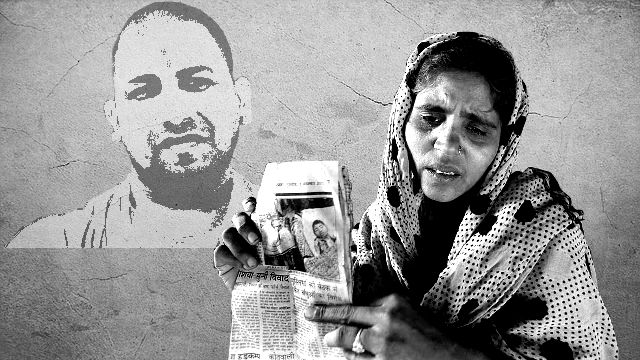 Recently, an investigative report by The Indian Express has found that 40 out of 41 cases of 2013 Muzaffarnagar pogrom resulted in the acquittal of the accused. All of these 40 cases were those related to the macabre atrocities committed against the minority Muslims by the dominant Jat community, incensed with Hindutva fascism. The lone case where the accused were convicted and sentenced is the one where the accused were all Muslims.

Organised by the Rashtriya Swayamsevak Sangh (RSS) and its progeny organisations in the volatile western Uttar Pradesh district to provide a competitive leverage of communal polarisation to its parliamentary arm, the Bharatiya Janata Party (BJP) and its then prime ministerial candidate and present Prime Minister Narendra Modi in the 2014 Lok Sabha election, the Muzaffarnagar pogrom became a hallmark of success of Hindutva polarisation on the basis of the leitmotif “love jihad”, a term coined by the Hindutva fascists to vilify inter-religious marriage between Hindu women and Muslim men. A Hindu vote bank was built in the entire western Uttar Pradesh, by weaning away backward caste Hindus, the Jat community and the ostracised Dalit community from other parties like the Samajwadi Party (SP), Bahujan Samaj Party (BSP) and Rashtriya Lok Dal (RLD).

Driven by communal vitriol, xenophobia and majoritarian chauvinism, members from a plethora of non-Muslim communities were polarised by the BJP and the RSS under the saffron flag. The Sangh Parivar reinforced the perceived “Hindu identity” to tap these antagonistic caste blocks under its fold and tied them with the thread of Islamophobia. Like 2002 Gujarat pogrom, which paved Modi’s path to success in Gujarat, the 2013 Muzaffarpur pogrom laid the foundation stone of the Hindu Rashtra — the theological Brahminical dictatorship — that the Modi regime is constructing since 2014, one brick at a time. The Muzaffarnagar pogrom boosted the Sangh’s electoral prospects and helped it in consecutive elections to pulverise Modi’s opponents mercilessly. The jingoism and extreme bigotry that became quintessential of Muzaffarnagar in late 2013, slowly became the identity mark of Modi-fied India.

Though the effort by The Indian Express journalist, Kaunain Sheriff M,  is laudable, as it reveals the true scenario of the legal state of affairs when it comes to justice for victims of communal violence unleashed by the Hindutva terrorists, the story isn’t uncommon or unheard of. Since the 2013 communal pogrom, thousands of Muslims were driven out of their homes and were forced to live a life of refugees in their own country. Despite hundreds being killed, numerous women being gangraped, only a few cases were registered by the authorities to downplay the size and depth of the gory crimes. Remember, these all happened during the reign of the so-called secular Samajwadi Party, with Akhilesh Yadav at the helm.

As the Sangh Parivar, including BJP’s legislators, gloated over the atrocities committed by them, the bloodbath they organised, the hapless Muslims ran pillar to post for justice in the SP-ruled Uttar Pradesh. Yadav or his ilk didn’t try helping the minority community in its quest for justice. It’s quite easy to fathom their condition when a Hindutva fascist rabble-rouser like Yogi Adityanath became the chief minister after the BJP swept the state assembly elections in 2017. They were reduced to nobody, stripped of human dignity and any rights. In such a situation, it’s absolutely ludicrous to imagine that the Muslim victims and their family members, while trying to cope with the trauma of the past and the challenges of the present day, will be able to withstand the judicial trials of the accused, who have unconditional support of the state government and the Union government, who are supported by a massive Hindutva fascist enterprise.

For years, the Muslims are threatened and bullied by the Hindutva fascists of the region. They are threatened of dire consequences by the RSS-BJP thugs and the police, forcing them to remain mum at court, which is allowing a free-run to the Hindutva fascists. Leave alone testifying in the court of law against the Hindutva fascists, it’s impossible for the Muslim victims and their family members to even survive in their own villages, where their houses are charred, livelihood destroyed and neighbours have turned into foes. Though communal trust-building exercise took place in different places of Shamli and other violence-affected areas, still, communal mistrust and Islamophobia remain dominant, causing severe problems for the Muslim community.

A frightened community, living a meagre existence under the Sword of Damocles, vulnerable to pogroms, ostracisation and mob lynchings, can’t afford legal warfare with the omnipotent state and its ruling party, this fact can be understood quite easily. Also, it’s not surprising that a government that’s transforming the state into a fiefdom of Brahminical feudal landlords and big corporates by using the subterfuge of Hindu identity politics will never appeal against the acquittal of accused by lower courts in the High Court. Thus, the legal battle has been cast to the oblivion, showing the Muslims their status in the country. Any complaint of injustice or terror unleashed of them sparks the “go-to Pakistan” ranting from Modi’s sycophants.

The Yogi regime has ensured that Muslims are denied justice in any case of Hindutva fascist violence, pogroms or lynchings. It’s starkly visible in the case of Dadri mob lynching, where a mid-aged Muslim man named Mohammad Akhlaque was lynched by a Hindutva fascism-incensed mob in 2015, which accused him of consuming beef. An accused who died in jail was draped in the national flag and the BJP’s legislators participated in his funeral journey giving him a “martyr’s status” to score brownies. Now the dead accused is getting a compensation of Rs 800,000 from the public exchequer, while other accused are getting government jobs at a time when the country’s unemployment rate is four-decade-high. In such a biased system, run by RSS-certified bigots, it’s normal that the suffering and the humiliation of the Muslim community at the hands of the ruling Hindutva fascist block will continue unchallenged.

For the victims of communal pogroms, mob lynchings and vilification, the marginalised and oppressed Muslims, the ostracised Dalits and other communities, there can’t be a stable and secure life in Uttar Pradesh unless they form a massive unity against Hindutva fascism and participate in a democratic struggle to bring down the Yogi regime and its Islamophobic ecosystem. Anti-fascist, left and democratic forces must reach out to these traumatised sections and integrate their struggle for social justice and equality with the larger class struggle that aims at making India a people’s democratic country, ruled by the working class and the peasantry, free from the exploitation of feudalism, comprador capitalism and foreign imperialism, which together buttress the Hindutva fascist enterprise. The faster an iron-strong unity is forged between the different marginalised and oppressed communities, the quicker their struggles are integrated with the greater class struggle, the better can be the results in this tough fight against Hindutva fascism and its different manifestations.