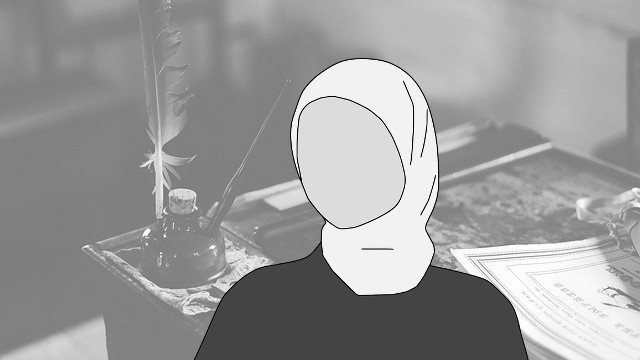 The history that we read is not the history of the subaltern. On International Women’s Day, amid the hullabaloo of celebratory inbox messages let’s have a look at the real facts about the willful patriarchal, religious supremacist connivance of forgetting or excluding women from the mainstream discourse. What can better tell us this except how the Muslim women writers are excluded from syllabus?

The school curriculum is an important medium to teach children the lessons of gender sensitivity, gender equality, religious diversity and democratic values. But our androcentric, religious homogeneous syllabus is teaching children gender insensitivity and robbing of our future generation women role models.

Here is the data:

The WBBME follows the same text books of The WBBSE in English language teaching.

The process of willful forgetting causes an impression that there may not be available substantial Bengali Muslim women writers to be included. But the data is negating this impression. Even before partition there were many substantial women writers who enriched Bengali literature with their works.

Only Begum Rokeya, Sufia Kamal have got some attention. The writings of Khayarennesa, M Rahaman (to whom Kazi Nazrul Islam dedicated his poem ‘Bisher Banxi’) , M Fatema Khanam, Nurunnnesa Khatun ( she is considered the first Muslim novelist of Bengal) , Sayeda Khatun ( wrote two novels: ‘Niyantrita’ and ‘Maranbaran’), Fazlitunnesa, Mahamuda Khatun Siddiqua, Razia Khatun Choudhury, Samusnnehar Mahamud, have remained forgotten from our academic discourse, our textbooks. Their contribution to literary genres were not less than their Hindu sisters. But a patriarchal, religious framework guiding in designing curriculum have pushed them to the dungeon of oblivion.

The Muslims are often vitiated by attacking their conservativeness. The writings of the above mentioned Muslim women can counter the myth. Khayarennesa’s interest in the Swadeshi movement was quite noticeable. Her article on “Education and Swadeshi” was published in Nabannur. M Rahaman was so involved in anti-colonial struggles that according to her last wish a khadi cloth was put into her coffin after her death on December 20th 1926 (Source: Indian Journal of Gender Studies, 8:2,2001). She was a firm believer in unity between Hindu and Muslims. She was a regular contributor to Dhumketu whose editor was Kazi Nazrul Islam.

“Histories  of  literature  usually  dedicate  a  chapter  on  Muslim  writers  […].  This  chapter would  be  slim  in  the  books  published  in  West  Bengal  and  comparatively  thicker  in  those published  in  Bangladesh,  although  Bengali  literature  in  this  period  was  enriched  by  the contributions  of  both  Hindu  and  Muslim  writers  […].  Muslim  writers,  irrespective  of whether  they  were  male  or  female,  it  goes  without  saying,  have  been  largely  ignored  by most literary histories.” [Source :”Marginalisation of Muslim Writers in South Asian Literature: Rokeya Sakhawat Hossain’s English Works”, Md. Mahmudul Hasan]

So their alienation, their exclusion from the textbooks, is a ploy to present colonial, patriarchal, religiously singular textbooks to the students who are supposed to be the future of our fractured democracy.