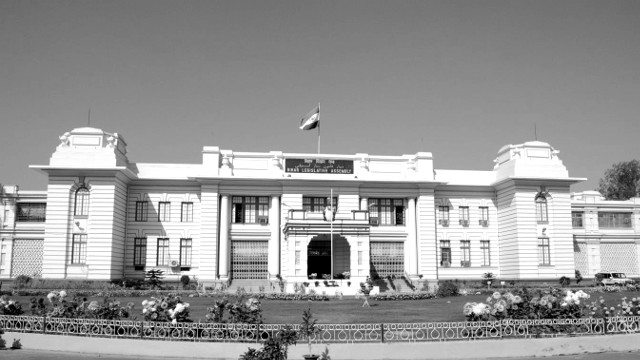 The early trends of the Bihar Assembly election results show a clear lead for the incumbent National Democratic Alliance (NDA) led by Chief Minister Nitish Kumar against the Mahagathbandhan led by Tejashwi Yadav. Though the counting is at its early stage, if the trend continues for all 243 seats, then it’s likely that Bihar will continue to remain a playground for Prime Minister Narendra Modi’s Bharatiya Janata Party (BJP) and it will end the relevance of the Rashtriya Janata Dal (RJD) and the Congress party in the state.

The early trends in the Bihar Assembly election results also show that the number of seats of Kumar’s Janata Dal (United) [JD(U)] is far behind its coalition partner BJP, which confirms the earlier predictions regarding Kumar’s absolute decimation of the chief minister by the saffron party, turning him into a literal puppet, aiding the Modi regime’s ventriloquism in Bihar. This is the end of Kumar, which began in 2017 when he switched back to the NDA fold by capitulating to the BJP.

As the NDA sweeps the Bihar Assembly election, the BJP and will now be further bolstered to intensify its communal venom spewing and violence provocation against the minority Muslims throughout the state. The opposition won’t be able to resist it, as it will be forced to safeguard its ranks. It’s possible in case the BJP fails to get a clear majority, it will poach the vulnerable Congress and RJD legislators to form a government. A further split in the opposition’s rank will end its hopes in Bihar for a long time to come.

As a weak and meek chief minister, Kumar will be unable to keep his command over the boisterous BJP and will give up his reservations on open communal hatemongering. Unlike past, he will be relegated as a rubber stamp chief minister. As he has already announced he will not fight another election in 2025, the BJP will decimate the JD(U) as a non-factor, eliminate the political existence of Lok Janshakti Party of Chirag Paswan and the other small parties supporting the NDA to have hegemony.

Whatever may happen in the Bihar Assembly election results, it’s clear that the state will continue to suffer due to poverty, feudal oppression and starvation. The people’s fight for democracy, land rights and justice can’t subside but must vigorously rise outside the parliamentary arena to defeat the fascist forces. The struggle outside the parliamentary periphery is the only way to defeat Hindutva fascism and its feudal-corporate supporters.