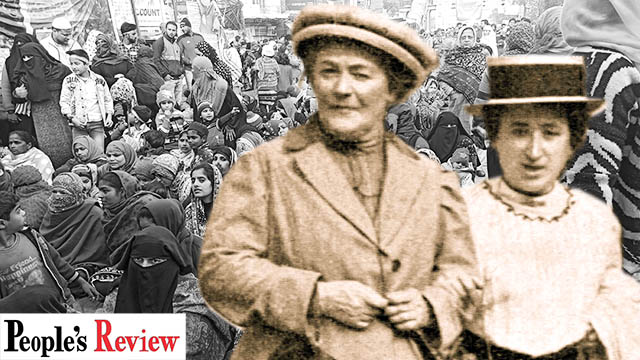 Top brands are offering exciting shopping discounts exclusively to women on 8 March, the International Women’s Day. Corporates are posting photographs of their “happy women employees”, CEOs are having their warm messages for women published and, on social media, each brand is competing to captivate women. Politicians, including Indian Prime Minister Narendra Modi, are doing their own activities on the occasion with much fanfare. The UN has selected I am Generation Equality: Realizing Women’s Rights as its focal theme for International Women’s Day on 8 March 2020, which has provided a narrative to corporates to curate their women stories. However, amidst this hullabaloo over women and their contribution to society, the big question that remains in the oblivion is — what’s the significance of International Women’s Day? Where are the working women, whose day it was supposed to be?

The International Women’s Day is a perfect example of what happens when a working class’s legacy is appropriated and remoulded by capitalism. What started as a working women’s struggle against capitalist exploitation, discrimination and patriarchal oppression, led by Marxists of early 20th-century like Rosa Luxemburg and Clara Zetkin, turned into an event that the capitalists started exploiting to profiteer by selling commodities to women. Rather than becoming the day in which working women’s hard-won victories against capitalism, their struggle for equal pay for equal work and to end patriarchal oppression are celebrated, the International Women’s Day became a day when capitalism will blabber about its purported generosity towards women by showing the happy faces of women from the upper echelon of the society, whose freedom and empowerment are both cosmetic, as the genuine women’s rights are trampled upon by the very patriarchal core of the capitalist system.

In a semi-colonial and semi-feudal country like India, where a crooked, casteist and feudalism-backed comprador, expansionist and bigoted capitalism thrives, the significance of International Women’s Day is immense; however, the ruling classes, alike their foreign corporate masters, have turned the occasion into consumerism galore. India lags in all indicators of so-called women empowerment that the capitalists themselves have fixed. Still, Indian rulers, whom Modi and his gang represent, do not shy to run propaganda on women empowerment and create a hype while covering up the significance of International Women’s Day.

The World Economic Forum’s Gender Gap Report 2020 shows that gender parity isn’t anywhere near in the next 99.5 years under the present monopoly-finance capital-led world order. It also highlights how India, the world’s second-largest populated country, is staggering at 112 among 153 countries, far below Bangladesh (50), Nepal (101) and Sri Lanka (102). The only consolation can be the precarious situation of Pakistan, which is at 151. This report also shows that though women are 49% of the global workforce, the global average of a woman’s income is about $11,000 (in Purchasing Power Parity, PPPs) while the average income of a man is $21,000 (in PPPs). The participation of women in India’s labour force is quite less due to feudal patriarchy.

“India is the only country where the economic gender gap is larger than the political gender gap. Only one-quarter of women, compared with 82% of men, engage actively in the labour market (i.e. working or looking for work)—one of the lowest participation rates in the world (145th). Furthermore, female estimated earned income is a mere one-fifth of male income, which is also among the world’s lowest (144th). Women only account for 14% of leadership roles (136th) and 30% of professional and technical workers. India ranks a low 150th on the Health and Survival subindex (94.4), as a result of the skewed sex ratio at birth: there are 91 girls born per 100 boys born, a ratio well below the natural one. Violence, forced marriage and discrimination in access to health remain pervasive. The situation and the trend are more positive in terms of gender gaps in education. From primary to tertiary education, the share of women attending school is systematically larger than the share of men. But a large difference persists for literacy rate; only two-thirds of women are literate compared with 82% of men.” (sic)

Oxfam’s Mind The Gap: The State of Employment in India in 2019 shows the miserable condition of women in India’s labour force. With 25% women participating in the labour market, gender wage gaps are highest in India among all Asian countries, as women are paid 34% less than men for doing the same job with the same qualifications. This isn’t merely prevalent in the unorganised sector, but also in the organised sector. Moreover, the number of women who are forced to quit the labour force due to the patriarchal family system and societal norms has caused a great gender inequality at the workplaces. According to IHDS 2012 data, which the Oxfam report cites, only 5% of women have had a choice in deciding whom to marry!

In this scenario — with a skewed gender ratio and patriarchal bias — how would an offer of 50% discount on shopping for women empower them or address the core challenges of the gender pay gap, gender representation and freedom? Capitalism is good in creating gimmicks and it’s indeed doing it well by milking the sentiments of the women and degrading the significance of International Women’s Day, by making it a ritual, sans any political content. Devoid of its core working-class politics, which brought the women’s rights at the forefront of class struggle and thereby established their equal rights and guaranteed them full freedom in the Soviet Union, the first state of the working class in the world, which was also the first one to celebrate 8 March as Women’s Day officially, celebrating the International Women’s Day is nothing but a cosmetic treatment to cure a tumour.

Unless the significance of International Women’s Day is grasped and efforts are made to realise its goals by drawing and uniting the working women in the frontiers of class struggle, to establish their equal socio-economic and political rights, the celebration of 8 March according to the capitalist template will be an insult to heroic women of the world who fought against capitalist patriarchy. It’s the task of the working class’s vanguards to explain the significance of International Women’s Day to the working and struggling women, and to revive its revolutionary socialistic legacy. It’s imperative to have the oppressed women, striving for their freedom, equality and justice from Kashmir to Chhattisgarh, from Delhi’s Shaheen Bagh to Kolkata’s Park Circus, to flare up like fire and intensify their struggles to destroy the tyrannical feudal-comprador patriarchal order.