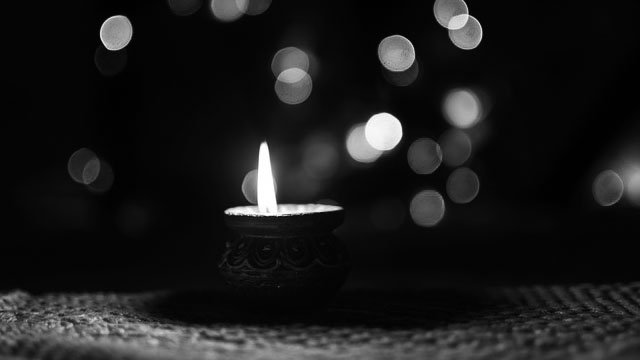 As Diwali and other Hindu festivals during autumn give a boost to demand vis-a-vis other periods of the year, the industries generally get a fillip in this period, even in the hour of a general slowdown. The celebration happens mostly in northern and western India, where the cash-rich communities live. The consumption of the elites, middle-class, lower-middle-class and a section of the poor drives economic activities and gives a boost to the industries.

After the first quarter (Q1) GDP growth of financial year (FY) 2019-20 fell to a 25-quarter-low of 5%, that too according to a new computation method adopted by Prime Minister Narendra Modi’s government to exaggerate the figures, the Reserve Bank of India (RBI) revised its projection of GDP growth for the FY.

Consumption is 60% of India’s GDP. There is always a 30 to 40% hike in consumption during the festive season. However, as consumption is for the first time falling in the FY 2019-20, after 2018-19, due to a rise in unemployment and fall in disposable income in the hands of the people, it’s unlikely that the Diwali season will see a remarkable increase in consumption vis-a-vis other years.

If there is a 5% to 6% growth in sales, it will provide relief to industries and save possible job cuts, if there is an 8% to 9% increase in sales in this season then it will help the economy to turn around, however, most of the industries are sceptical about such a growth rate.

The value growth rate of the fast-moving consumer goods (FMCG) industry fell in 2018 vis-a-vis 2017. While in 2017 FMCG was growing at 14%, it became 13.8% in 2018, a 0.2 percentage point downfall. In 2019, the FMCG value growth can fall to 9% to 10% in the normal condition. This will have a strong impact on the industry and the unemployment situation as any further deterioration of the industry’s condition will have a severe impact on the jobs of millions.

One of the major demands of the automobile industry to Finance Minister Nirmala Sitharaman was to reduce the GST on automobiles to help the industry survive. At a time when the national GST collection has fallen beneath the Rs 1 trillion threshold mark, the government didn’t show any interest to cut the tax. Ironically, at the same time, Sitharaman came up with her infamous corporate tax sop that will cost Indian public exchequer Rs 1.46 trillion.

In case, the Q3 GDP growth rate can’t touch 6% mark, despite the Diwali and festive season, then it will signal serious trouble as India’s annual GDP growth will then fall below 6% for FY 2019-20. Even if one stops considering the GDP as a parameter, the problem with falling consumption will trouble the economy immensely. The private final consumption expenditure (PFCE) was an 18-quarter-low in Q1 of FY 2019-20. Even if the PFCE rises marginally vis-a-vis the Q1 reading of 3.1% then, too, it won’t be possible for one quarter to pick up the entire economy heading towards an abysmal crisis.

It will take a few months to understand the consumption and expense pattern during Diwali. If extra cash in the form of an additional 5% dearness allowance to Central Government employees, the bonuses paid by several companies to their workers and employees and general religious compulsion drive consumption, then the economy can slightly recover itself; incase that doesn’t happen, then it will be a seal on the catastrophe that lies ahead.